People Break Down The Worst Feelings Of All-Time

People Explain Which Things They Hate That Everyone Else Loves 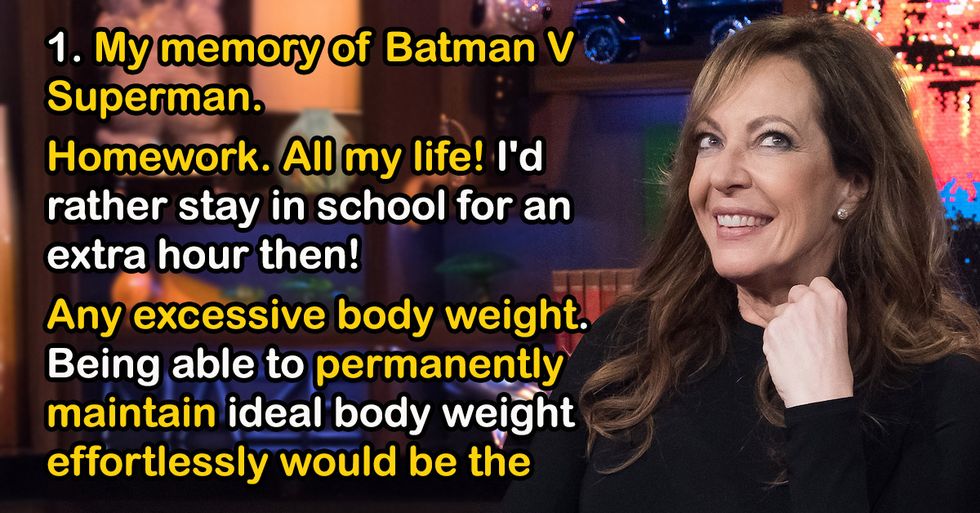 Jack of All Trades, Master of None

Don't Talk About It

Don't you love a good myth?

Let's put some of NSFW ones to the test.

RedditorWizzlyG33wanted to hear about what lies need to be exposed when it comes to sex, death and all things over the top in life. They asked:

"If MythBusters had a NSFW episode, what would you want to see on it?"

People Divulge How They Cope With Loneliness

Many people value solitude, and having time to themselves.

For others though, loneliness can be a crippling feeling.

Having no one to talk to or spend time with can get wearying after an extended amount of time.

Something many people know more than ever after the global pandemic hit in spring of 2020.

But while some people simply succumb to being lonely, others will find ways to help them cope with, if not completely forget, being all alone.

Redditor No_Blackberry_6286 was curious to hear the different ways people have of coping with their loneliness, leading them to ask:

People Explain Which Things Shouldn't Even Exist In 2022

In this day and age of advancement, it's crazy how so many things leave our heads scratching.

Like how in 2022 is such and such still around?

Everyone in New York wondered that for the past decade until they took the final payphone.

I always wonder about companies that still make you send a fax.

Y'all have heard of email right?

RedditorPineapple_WarpDrivewanted to compare notes on why we think certain things and parts of life are not yet obsolete this late in the game of time. They asked:

It's PRIDE month. It's time to be loud and proud.

Well, every minute of everyday we should be loud and proud.

But this month gives you an extra special buzz.

So in the spirit of learning, we will be taking questions from the class.

I know cisgender straight people still have a lot they don't understand.

What do you need to know?

Redditorhre_nftwanted everyone to feel comfortable enough to be as aloud what they've been waiting to ask a queer person. Safe space for all. They asked:

"What question have you always wanted to ask LGBTQ+ people but didn’t because you don’t want to offend them?"