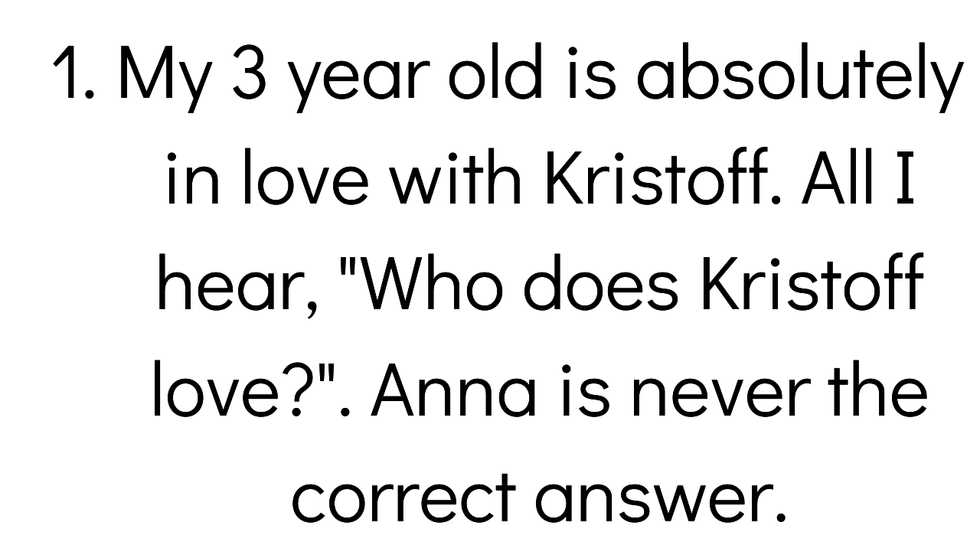 People Explain Which Fictional Character They Fell Head Over Heels For

One thing that a lot of young book and movie nerds can relate to is falling in love with a fictional character. That may sound weird to the normies, but it is a very real side effect of being a fangirl/boy. It's just a part of nerd culture at this point. Here are some examples of fictional characters that real life people have fallen for.

u/NFDBTCREPo asked: Which fictional character did you fall for?

He is a cutie.

My 3 year old is absolutely in love with Kristoff. All I hear, "Who does Kristoff love?". Anna is never the correct answer.

Wowwww, my 4 year old is obsessed. Why does he kiss annnaaaaaa?! Hehehhe he's LOVES HURRR.

When I was in kindergarten I told everyone that Winnie the Pooh was my boyfriend.

My kindergarten boyfriend was Christoper Robin! We could've gone on double dates!

Something about the girl...

Megara from Hercules animated....it's just something about her.

Her voice definitely does it for me.

I'm sure a lot can relate.

When I was a kid I had a crush on Katara from avatar....

She hit me so hard I'm still falling for every character Jewel Staite plays. Also Jewel herself.

I'm ashamed to say my grin was pretty big when he was shirtless for the sumo wrestling training.

Well, good news. The internet has plenty of material for you.

Actually, could I just have David Tennant?

Finnick Odair. Book version was better, but movie version can get it too.

Where's Finnick? Odair he is!

All of the above.

Major Samantha Carter. Smart and bad*ss? Sign me up.

Captain, Major or Colonel? Or all of the above?