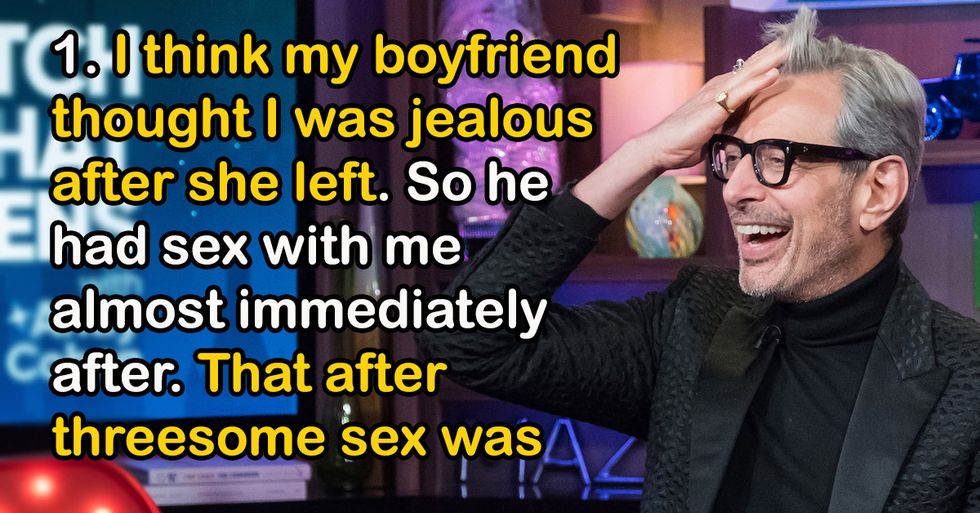 AT LEAST IT'S A SHOW.

HOW MATTER OF FACT.

AND THEN THERE WAS 1!

CRYING?! THERE'S NO CRYING IN THREESOMES!

SOMETIMES IT WORKS AND SOMETIMES NO.

BE ON SOLID GROUND.

THE SECRETS TO FOREVER.

BE IN THE MOMENT.