Undertakers Reveal The Weirdest Things They've Ever Seen At A Funeral 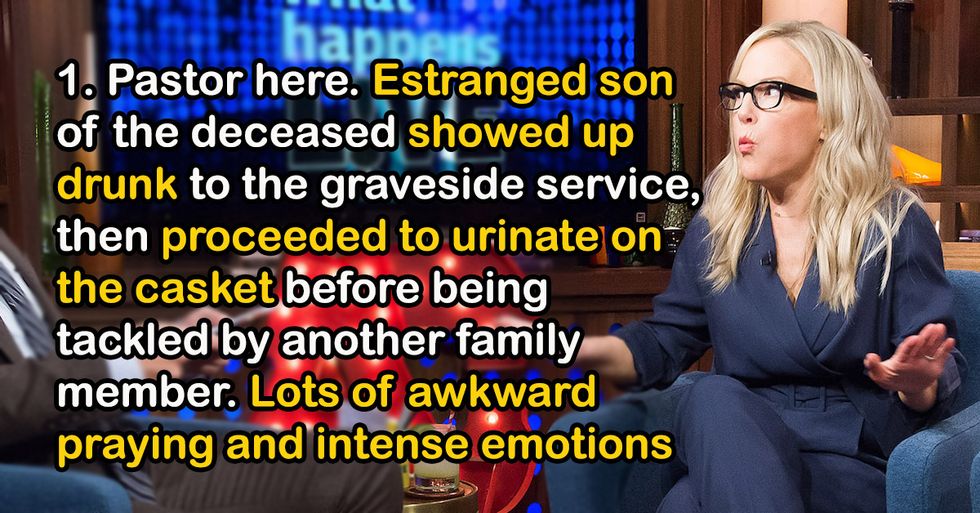 Undertakers Reveal The Weirdest Things They've Ever Seen At A Funeral

NO OPERATING A FUNERAL WITH BOXED WINE...

LIBRARIES AND FUNERALS... USE YOUR INSIDE VOICE!

YOU USUALLY HAVE TO PAY FOR THE ENTERTAINMENT!

SEND IN THE CLOWNS...

THE DYNASTY CONTINUES TO THE AFTERLIFE.

QUICK! WHO HAS SOMETHING TO SAY?

WHAT BETTER TIME TO HAVE A CHAT?

I DON'T CARE HOW YOU GET HERE JUST GET HERE IF YOU CAN.

SOME ARTISTS TAKE A PERSONAL TOUCH.

LAUGHTER IS THE BEST MEDICINE...

CAN I REFLL A PRESCRIPTION FOR YOU?

NOW WE'VE HEARD IT ALL!!

THEIR ARE SO MANY WAYS TO 'RELIEVE' YOUR GRIEF.

[rebelmouse-image 18980202 is_animated_gif=
From Your Site Articles