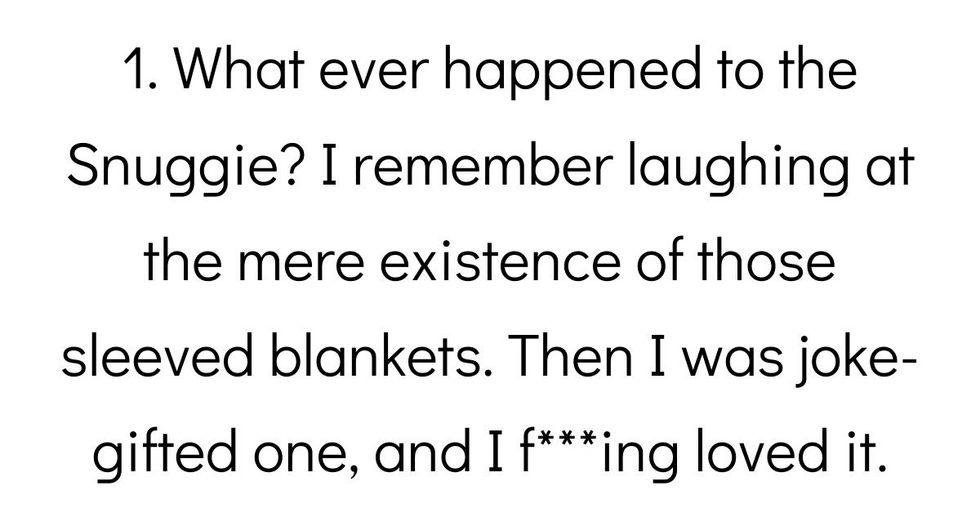 People Share Which Things Seem Stupid But Are Actually Genius

Sometimes the truth hides in plain sight. While we're all wandering around looking in difficult places, assuming all needs to be complex to work, some bozo is sailing to victory because he's thinking one step behind the rest of us.

This, in part, accounts for literally everything in the sky mall catalog you see on airplanes.

Who really needs a phone notification for when the toaster's done? It already physically spits the food out.

But some dingbat was willing to go the distance, and totally won in the process.

As Seen On TV

What ever happened to the Snuggie? I remember laughing at the mere existence of those sleeved blankets. Then I was joke-gifted one, and I fu**ing loved it.

Being Tech Savvy: The Kiss of Death

My dad and uncles need help with their tech stuff all the time, and they always come to me because my sister is "hopeless with that stuff".

She's not, but she's got them believing that.

It's All About Branding, People

The guy who created a fake traffic jam on Google Maps by carting around 99 cell phones.

Never Fails to Make Me Feel Arrogant for Considering Other Options

I saw a man with an e-bike towing a trailer, on the trailer was a gas generator that his bike was plugged into

R2 Is Gonna Be a Real Project

Turning your treadmill into a PS4 controller to get exercise

Can't Argue With the Food Chain

Eating the vegans because they are primary consumers & normal people are secondary consumers.