People Share Their Best Responses To The Question 'Is This A Date?'

Mom Receives Best Note Ever From Son After Divorce From Abusive Husband. Wow. 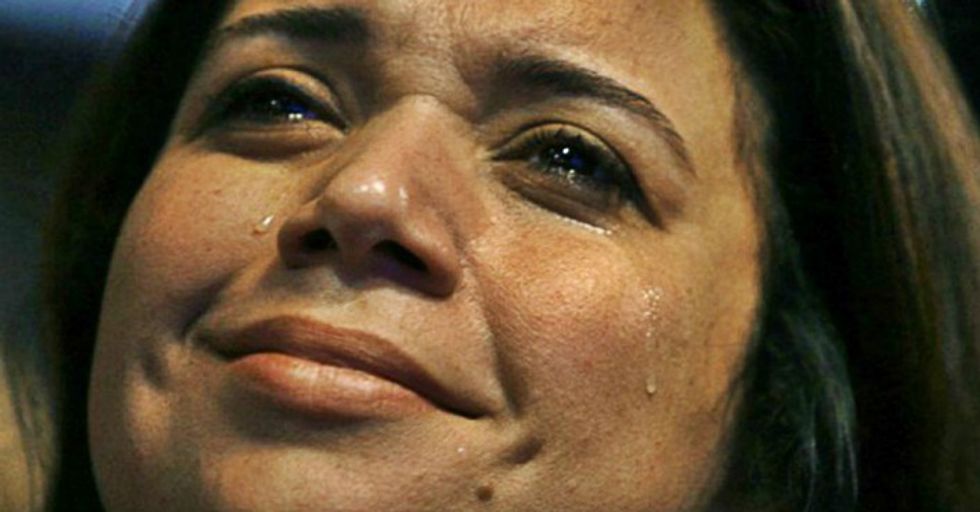 Im a divorce lawyer. At times I feel as if Ive heard and seen it all. But ten years ago, a woman walked into my office with a whole new agenda, and neither my life nor my practice has been the same since.

Her name was Barbara, and as she was shown to my office, wearing a rather plain Jane outfit, I guessed her to be about nineteen and fairly innocent.

I was wrong. She was thirty-two, with four children between the ages of three and nine. Ive heard many brutal stories, but the physical, mental and sexual abuse that Barbara had suffered at the hands of her husband made me sick to my stomach.

Yet she finished a description of her circumstances by saying, Mr. Concolino, you know, it isnt all his fault. My children and I have remained in this situation by my choice; I take responsibility for that. Ive known the end to my suffering would come only when I decided Id suffered enough, and Ive made that decision. Im breaking the cycle.

Id been practicing law for fifteen years at that point, and Ive got to admit that in my head, I was getting great pleasure from thoughts of nailing that guy to the wall.

Do you believe in forgiveness, Mr. Concolino? she asked.

Yes, of course, I said. I believe what goes around comes around, and if we try to do the right thing, good comes back to us. The clients of mine who have withheld forgiveness have withheld it only from themselves.

Those words were so common for me that they practically spoke themselves. And yet, if anyone had cause to be full of rage, Barbara did.

I believe in forgiveness, too, she said quietly. I believe that if I hold on to anger at my husband it will only fuel the fire of conflict, and my children are the ones who will get burned.

She gave a tremulous smile. The problem is, kids are very smart. They can tell if I havent truly forgiven their dad if I am just saying words. So I have to really release my anger.

And here is where I need a favor from you.

I leaned forward across my desk.

I dont want this divorce to be bitter. I dont want all the blame put onto him. The thing I most want is to truly forgive him, and to have both you and me conduct ourselves accordingly. She paused and looked me in the eye. And I want you to promise to hold me to this.

Ive got to say, this request was against my best lawyerly business advice. But it fit my best human advice, hand in glove.

Ill do my best I said.

It wasnt easy. Barbaras husband had no interest in taking the high road. The next decade was marked with his ugly character assassinations of her and repeated periods of nonpayment of child support. There were even times she could have had him thrown in jail but she never would.

After yet another court session that went in her favor, she caught me in a corridor. Youve kept your promise, Bob' she said, and she laughed, I admit that there have been times I wanted to curse you for making me stick to my beliefs. I still wonder sometimes if its been worth it. But thanks.

I knew what she meant. In my opinion, her ex continued to violate normal standards of decency. Yet she had never responded in kind.

Barbara ultimately found and married the love of her fife. Although matters were settled legally, I always enjoyed getting her Christmas card, hearing how the family was doing.

Then one day I received a call. Bob, its Barbara. I need to come in and show you something.

Of course, I said.

Now what, I thought. How long is this guy going to keep at this? How long before she finally cracks?

The woman who walked into my office was lovely and poised, full of so much more confidence than she had possessed ten years earlier. There men seemed to be a bounce to her step.

As I stood to greet her, she handed me a photo an eight-by-ten taken during her oldest sons senior year in high school. John was wearing. football uniform; his father stood to his left rigidly and coldly. The boy himself was looking proudly at his mom, who stood close to him, a warm smile on her face. I knew from her Christmas letters that he had graduated from a very well-respected private high school.

This was after he caught the winning touchdown in the championship game she grinned.

Did I mention that game gave their team the number-one ranking in America?

I think I heard something about it I smiled. Read the back she said.

I turned the photograph over to see what her son had written.

I want you to know that you have been the best mom and dad a boy could ever have. I know because of how Dad worked so hard to make our lives so miserable. Even when he refused to pay all he was supposed to pay for school, you worked extra just to make sure none of us missed out. I think the best thing you did was what you did not do. You never spoke bad about Dad. You never told me he had other new kids to support; he did.

With all my love, I thank you for not raising us in a home where the other parent was the bad one, like with my friends who went through divorces. Dad is and has been a jerk, I know it, not because of you, but because he chose to be. I do love you both (you would probably still slap my behind if I said I didnt love Dad), But I love, respect and admire you more than anybody on the face of the earth.

Barbara beamed at me. And we both knew it had been worth it.

Share with this with your friends by clicking below!

Like lots of kids growing up, I did love my candy and my sugar. Truth be told, I wasn't allowed to have as much as I would have liked, but that doesn't mean I didn't sneak some candies whenever I had the opportunity.

Now that I'm older though? My taste buds just aren't the same.

I can't stomach too much of anything super sweet and the idea of chowing down on candy and chocolate the way I see some kids do pretty much grosses me out.

My body thanks me, though!

People shared their thoughts with us after Redditor Fulhus asked the online community,

"What food doesn't taste as good as it used to?"

It's really no secret that most children think their parents are super uncool.

Because of course they are.

Parents didn't have lives or dreams of their own before they had children, right? How could they possibly ever have been fun?

That's sarcasm, by the way. Most people grow out of this attitude, and it usually disappears by the time a kid gets through their teenage years, when pretty much anything their parents do turns their faces red with embarrassment.

But suppose you, the parents, wanted to embarrass your kids anyway, say by reviving a slang term or two?

"What are some slang terms a 50 year old dad can say to his daughter to embarrass her?"

People Share The Greatest Comebacks To An Insult They've Ever Heard

It's always sad when people don't have anything better to do than throw insults at people.

And yet it happens far too often, between people who see each other on a fairly regular basis, as well as complete strangers.

It's always a good idea to avoid sinking to their level when this happens, and just ignore them and walk on by.

That being said, there is very little more satisfying than coming back at them with just the right choice of words, and leaving them in stunned silence.

Being diagnosed with cancer is news no one ever wants to hear.

For some people, the diagnosis might come as a surprise, with no signs or warnings whatsoever.

Others, however might have detected some irregularities, or suffered from symptoms which led them to believe something wasn't quite right, leading them to run to a doctor.

Only to have their worst fears realized.