The Funniest 'Sir, This Is A Wendy's' Experiences According To Employees 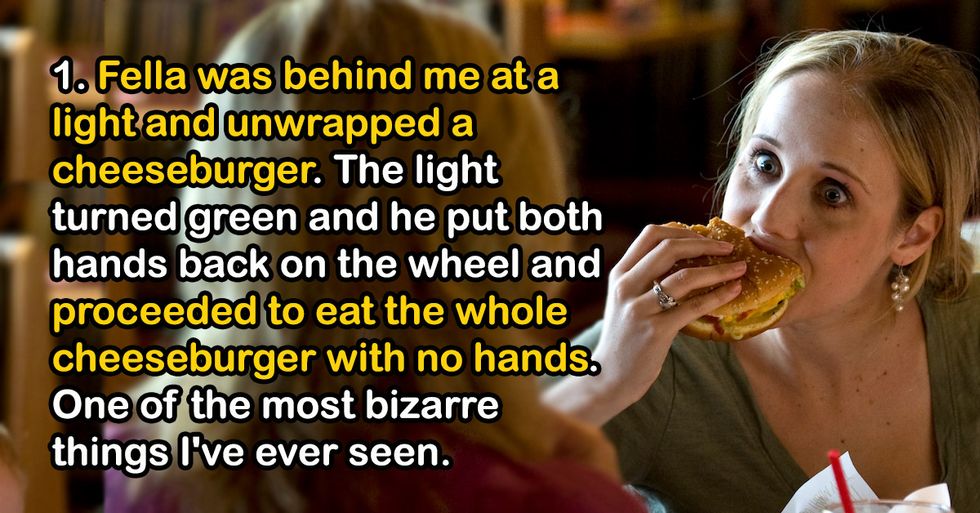 Fella has some serious hands-free skills.

A meat mask with cheese and crackers. What's not to love?

This has bad idea written all over it.

Well, potatoes are the apples of the ground (at least in French)...

3 limbs. 2 horns. Who knows which will prevail.

Easy to explain: some people just obliviously aim their car.

When your lazy game is really on point.

Your skills are noted but I'm gtfo out.

This isn't weird this is amazing.

Let's go for a ride.

BIG PLOT TWIST BELOW. YOU WON'T BELIEVE IT.

It's a little weird to stick a pig on a moped.

Sounds like someone's about to get sent to Belize.

There's no better place to feel yourself than in your car, but do it safely please...

Driving while tired is the same as driving drunk... try to avoid it.

I think my corn is getting tired, best let it get some air before I continue eating it.

[rebelmouse-image 18348410 is_animated_gif=
From Your Site Articles