Disney Cast Members Reveal The Most Unexpected Parts Of Their Job. 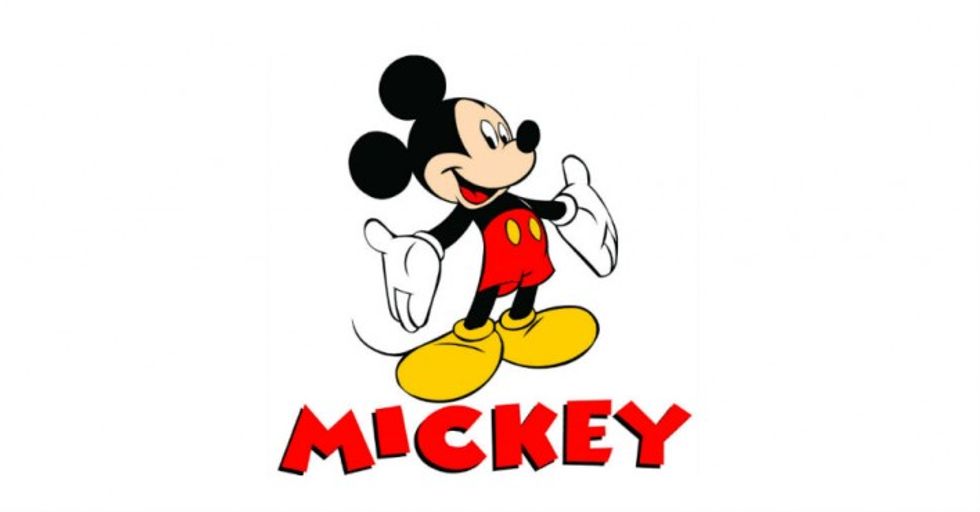 Thanks to the totally rad ex-Disney worker on Imgur who posted these hilarious and insightful memes.

Moments like this were what made the job amazing.

Disney will never charge guests if they break something in a Disney shop. It just goes in a bin in the back and then goes to "Property Control." We can buy things at a huge discount. Sometimes it's just that a seam is a little worn or someone got a tiny bit of chocolate on a shirt.

The characters are the characters. And asking me things like this while surrounded by children is extremely unacceptable.

Story time! They tell us this fact in training the first day you work. When Disneyland first opened it was a mess. And Walt wasn't sure what to do. So he watched people. After about 22.5 feet people will drop their trash on the ground. So, he arranged for trash cans to be placed roughly every twenty feet, so people can always throw away their trash in a close location.

Magic Kingdom averages about 50,000 guests a day. Spring break, Late May through Early August and Christmas time are the worst. February and October are the slowest. But it is always busy. ALWAYS.

Continued on the next page!

Disney may have speakers throughout the park. But there's no PA system that we use of any kind. We have recorded messages that we play through all the speakers at times, but it's not like we have a booth with a microphone or anything like that. However, security is EVERYWHERE. And there are radios and cameras EVERYWHERE. If someone is truly lost we can find them quick. Also, the kids are never lost. It's always a case of "Lost Parents." Helps ease the kids a lot when you say, "Did your parents get lost?" Kids know right where they are, they're at Disney World. But pesky parents wander all over the place.

Any outside shows or parades get cancelled if the rain comes in. And if there's lightning they have to wait at least an hour sometimes more if it's seen anywhere near the area. We'll sometimes add additional shows and MK has started doing a "rain parade where some characters are on a few covered cars that go through the park with a few "rain songs" from Pooh and different things. It's small and cute and better than nothing when wanting a parade.

Universal in Orlando may have some cooler things now. But they're still crap. Their customer service is non existent. Their employees mostly consist of people who got fired or quit Disney because they did something completely uncalled for or unacceptable. And they do not hold themselves to any sort of standard. To make it even worse, they still have access to Marvel characters for like forever in Orlando and Disney can't do anything. Which sucks.

It's Disney World. You know everything's going to be expensive. Come on.

We have rules for returns just like any other store would. And most likely my manager is going to have my back and tell you to go away. They have bigger things to deal with.

More Disney Confessions on the next page!

We have "costumes" we wear and mine at Magic Kingdom was a four piece outfit made of like wool or something. It was unbearable and I can't count how many times I almost passed out during the summer months.

I never understood this. It's going to take you at least half an hour to get out of the park. Then it's at least (and this is best case scenario) an hour to any airport even remotely close by. Then you have to go through security. Which if going through Orlando, is going to take an hour at best.

I always wanted to try to date a princess, because I mean who doesn't. They're all really awesome and ridiculously beautiful.

There is, only has been and only ever will be ONE MICKEY MOUSE. PERIOD. And again don't ask me this when we are surrounded by children. What type of monster are you?

Biggest pet peeve of mine is when people ask about things that are totally not Disney and get upset when I would say they're not Disney.

More Disney cast member confessions on the very next page. How neat is that?!!

Story Time! Back in the 80's and 90's when Marvel was selling off characters like crazy, they gave Universal Studios the right to use their Characters in any park east of the Mississippi. The Contract states that every Marvel Character displayed or used in rides, Meet and Greets and other aspects at the Universal Studios: Islands of Adventure Park can only be at Universal parks east of the Mississippi until the contract is finished. With no end date listed exactly. Because of this after Disney bought Marvel they couldn't throw the Marvel Characters into Disney World Parks in Florida. (But they can sell merchandise.) California and all other current Disney Parks are fair game though. On the bright side as more movies come out expanding the Marvel Universe, less of said characters are at Universal. Which is why Star Lord and Gamora made appearances as Disney's Hollywood Studios.

Big rule at Disney. Everyone is to be treated equally and everyone is just a normal person. Celebrities are on vacation just like everyone else, and while they do usually go the VIP tour route to kind of help hide and get around easily at the parks, they're still regular people trying to enjoy Disney World. But man it's hard not to freak out sometimes.

Personal Story Time! There are multiple break rooms in the tunnels under Magic Kingdom and then there's one big cafeteria. One of my first few days working at MK I went and got lunch at the cafeteria. Usually this is where the characters go for breaks. And here's the thing, the princesses have to take their big dresses off so they don't get anything on them. Underneath they all wear white shirts and shorts. So I sit down with my lunch and look around and see the three princesses standing in a corner chatting and drinking sodas with their hair and make up done, wearing the white shirts and shorts. Obviously the only thing my mind thought of was how awesome the conversation had to be. "The Beast has been so bad at cleaning lately." "You think that's bad, try living with SEVEN MEN, who work in a coal mine and drag in dirt each day." "I am so tired, when can I take a nap?"

I mentioned this above but at Magic Kingdom and only at Magic Kingdom there are tunnels beneath the park. The Park was built like a three story office building. The first floor is the tunnels, where break rooms, lockers, stock rooms, electrical equipment, a few meeting and training rooms, showers and a few other things are. The second floor is the park with stores, rides, restaurants, etc.. The third floor consists of hidden offices within the tops of buildings "on stage" where the big wigs all work. Now I was always told that the first time you go into the tunnels you'll get lost and have to ask for directions three times. It's true, happened to me and everyone I know. But you see crazy things, from half dressed characters to people running through with Buzz Lightyear's leg, trash chutes, huge laundry bins, pieces of buildings, it's really awesome and really weird.

It was truly the best job I ever had. Free entry into the parks. Extra passes to bring family and friends. Discounts on EVERYTHING! And tons of free stuff and fun activities. Plus lots of cool secrets too.

We've all been faced with tough decisions at least once in our life.

In some cases, we've had time to think very carefully as to what we decide to do, a few days, weeks, or even months or years, and thus felt confident and happy with the decision we made.

In other cases, however, we might not have had the luxury of time, and had to make a decision in the blink of an eye.

More often than not, it's these split-second, sometimes impulsive decisions, which might end up drastically changing our lives.

Sometimes for the better, and sometimes not.

When men are hoping to impress a woman, they often agonize over the perfect thing to say.

Something which will get their attention and make them feel good about themselves, and hopefully not offend or demean them.

If they find the right words, they may likely find themselves with a new girlfriend, future wife, or even a life-long friend.

After all, finding the perfect compliment can go a long way.

Of course, this is a two-way street, and men also enjoy it when they are complimented.

Perhaps even more, and arguably, a little too much.

There are foods touted as the greatest, greenest elixir for health, and then the next thing you know, they cause cancer or love handles.

We have a lot of unlearning to do when it comes to food.

As Valentine's Day approaches, we're going to be inundated with signs that tell us love is in the air.

Why is love elusive for so many of us?

Or is it perhaps right in front of us as we've seen in so many films and TV shows?