Teachers Reveal The Worst Fights They've Broken Up In School 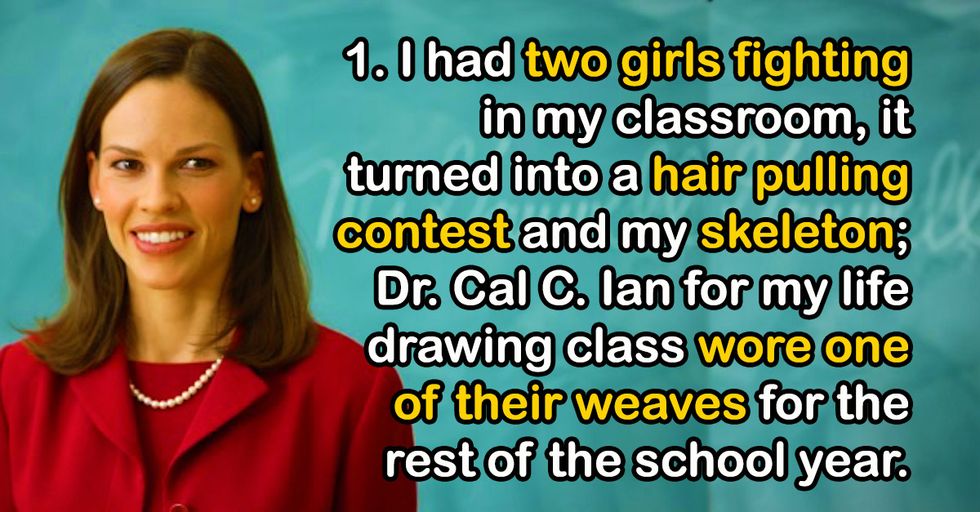 Teachers have it tough.

Don't Out Other Kids

Brawls In The Halls

Where Are The Teachers?!

[rebelmouse-image 18360839 is_animated_gif=
From Your Site Articles