Movie Lovers Share The Films They Recommend Everyone Watch

People Admit Their Most Panicked "Time To Get Outta Here" Moments 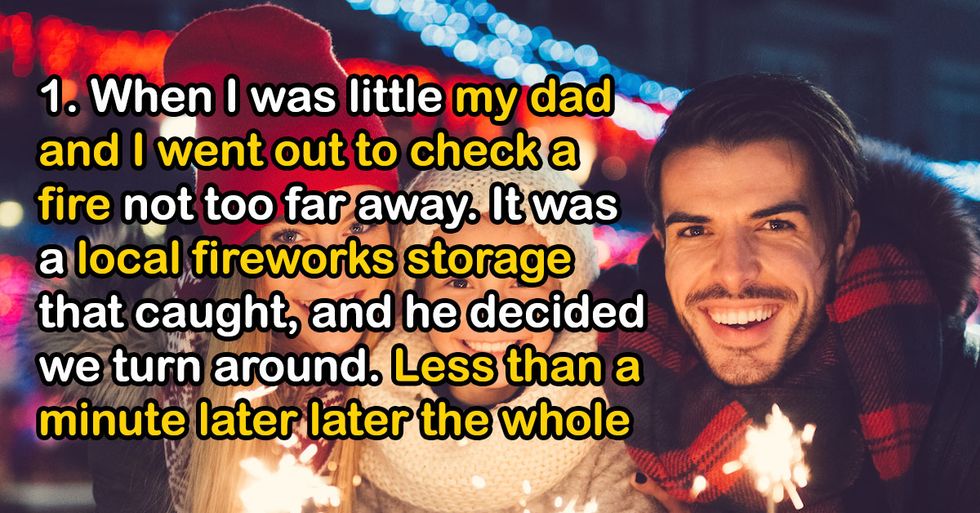 People Admit Their Most Panicked "Time To Get Outta Here" Moments

KNOW WHO HOLDS THE DEED.

IT PUTS THE LOTION IN THE BASKET.

SOMETHINGS ARE TOO MUCH TO SEE.

SOME THINGS YOU DON'T NEED TO KNOW!

KEEP AWAY YOU SLITHERY SATAN!

TREES ARE SUPPOSE TO BE FOR SHADE.

PIZZA WAS SUPPOSE TO BE HERE IN 20 MINUTES OR LESS....

DON'T LET THE PARTY GET TOO LIT!

SOMETIMES THE SIGNS ABOUT LOVE ARE THERE... AND THEY'RE ON FIRE!

You might say moviegoers who love horror films are sadists.

They derive pleasure from being spooked and terrified, and they somehow love crouching in their seats out of sheer fright watching supernatural entities scaring the daylights out of homeowners or serial killers stalking their prey.

It's all an adrenaline rush.

However, even gore and slasher fans have their limits.

People Confess Whether They Would Date Someone Who Does OnlyFans

In the recent Pride and Prejudice update Fire Island, Dex leads the main character Noah to believe that the stand-offish lawyer Will judges him for having an OnlyFans page.

As is the case with their literary counterparts, Darcy and Wickham, Will's apathy towards Dex runs much deeper than his OnlyFans page.

But Will wouldn't be the first person to judge someone for utilizing the site as a means of income.

Several people might also stop their romantic pursuits of those who decide to upload x-rated content as a side (or primary) hustle.

Others, however, might not have a problem with it, and might even join them in their endeavors.

People Share The Best Trade Secrets They Know About Their Profession

I know that many of you love the chili from a certain fast-food restaurant that rhymes with "Bendy's," but I'm here to tell you that that stuff is not fresh. Not one bit.

Okay, that statement might not hold true from franchise to franchise, but it's something worth thinking about.

Sorry to burst your bubble: This is a dark secret I've carried inside me for more than a decade.

Keep in mind: It was tasty. Quite. But it did sit out for a while. Didn't stop the customers from eating it though, and they were happy and I was paid for my work and that was that.

But there are other job secrets out there that you might not be aware of.

People shared the deets with us after Redditor You_are_a_dolt asked the online community,

"What’s a trade secret you know from working the industry?"

There are many cases where a company or product promises good quality or intentions.

But that isn't always the case as some companies fail to deliver and they make off with your hard-earned cash.

In an instantly gratifying world, consumers are quick to go after the things they want with the click of a button as long as they have the funds.

But they should keep a close eye on where their money is going toward.