Hairdressers Divulge The Juiciest Gossip They've Ever Overheard From A Customer 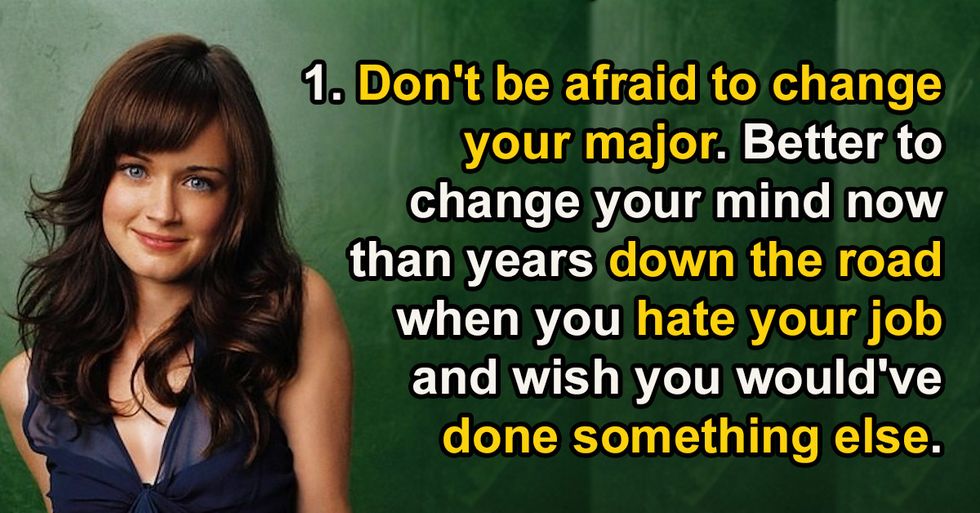 You're on your own, kiddos - the best part of college is your social life.

Go to those new student social events. Sure it's awkward for everyone, but there may even be orange drink.

Wander around campus (without headphones) and say hi to people.

This is, arguably, the whole point of college - social skills and interpersonal relationships.

If you don't like your major, change it. Pursue what makes you happy - you're paying too much money to be miserable.

I can't tell you how many textbooks cost hundreds of dollars - and never got used.

Develop good studying habits - and do your daily assignments. They usually don't take that long anyway.

Go at your own pace - and yeah, nap. Nap TF out of college. And you can usually nap almost anywhere.

College is the only time in life that you and everyone else are in the same boat. Make the most of it.

If you can live on campus, do it. It's an amazing sense of community - plus meal points.

Have a plan for when you graduate (after you've picked a major). Jobs are no longer a guarantee.

Don't let anyone else decide what your degree should be. It's your life.

Yeah, 8 am classes suck, but you gotta go, especially to lectures, where most of the course content is covered.

Easier said than done, but be careful with student loan debt. It can be crippling - and lenders aren't very forgiving.

College can be very stressful. Find things to do to clear your head.

Classes don't usually meet every day, so you'll have time to spread your work out.

Get a job. It'll help you manage your time and put money in your pocket.

College is about becoming an expert. Become an expert.

There's no shame in asking for help.