People Explain Which Tattoos They Think Are A Total Turn-Off 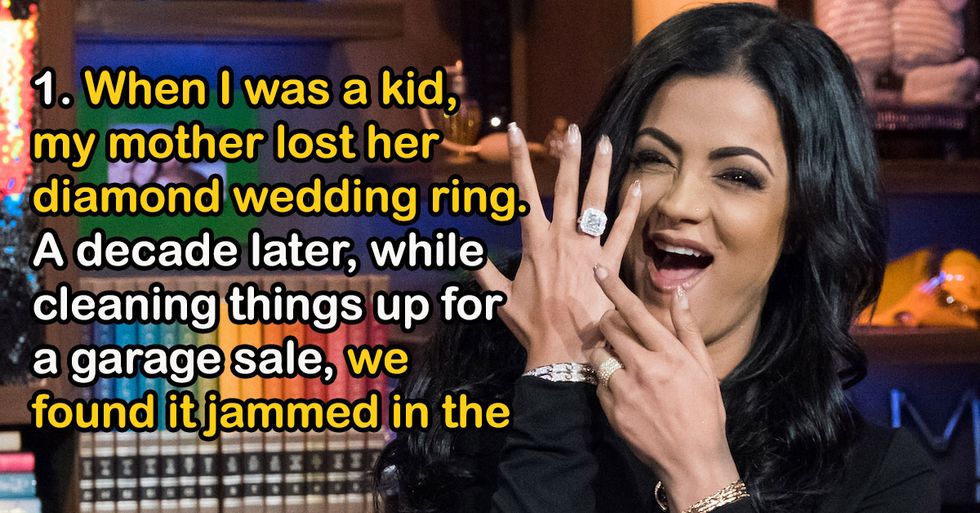 4. They Need To See The Truth

6. Dory Went To That Fish Tank In The Sky

7. Then They Shouldn't Call It 'Cherry' Wood!

8. Consider Them Snacks For Later

9. You Can Almost Feel The Pain In Each Word Typed

11. Maybe He Was Working On Those Motor Functions?

12. At Least The Parent's Honest About It

14. Never Buy A TV When You Have Kids

19. When Trains Are More Important Than Your Life

[rebelmouse-image 18345141 is_animated_gif=
From Your Site Articles

When I was seven, I saw a cartoon of Ben Franklin discovering electricity when lightning accidentally struck a kite that he was flying. I didn’t totally understand how that helped him discover electricity, but since I was only seven, I believed that to be what happened.

The truth is, Ben Franklin did not actually discover electricity -- that happened over 1,000 years prior. He just demonstrated the connection between lightning and electricity.

Moreover, his kite was not accidentally struck by lightning. If it was, the lighting would’ve struck him by extension, and he might not have even survived long enough to demonstrate his findings. In fact, the kite was part of an experiment that he conducted on purpose.

I know all this now, but not everyone does. A lot of people still believe lightning accidentally struck Ben Franklin’s kite, and that he discovered electricity through that happy accident. And that is just one of the many historic events that people believe in.

However, most of those events either didn’t happen at all or happened differently than we may think.

Redditors have recognized a lot of other historical events or facts that people believe, but are actually fake or untrue, and have shared this information.

People Explain Which Tattoos They Think Are A Total Turn-Off

But how many do you really need?

Some can seriously spoil a romantic moment.

Why are men forced to be things they're not?

We are too far along as a society not to let the boys grow and evolve.

Or maybe just watch an episode of 'Grey's Anatomy.'

When singles finally find a romantic partner after what may have seemed like an eternal love drought, they make sure they put in all the effort it takes to keep that relationship going strong.

However, there are those who are convinced that the love they found is too good to be true–probably because they may feel they don't deserve it or because they have doubts.

That's the thing about those who don't trust a good thing when it happens. Their skepticism can be all-consuming and it can lead to self-sabotaging the relationship.