Abby And Brittany Hensel Share A Single Body Between Them, But They Won't Let That Stop Them. 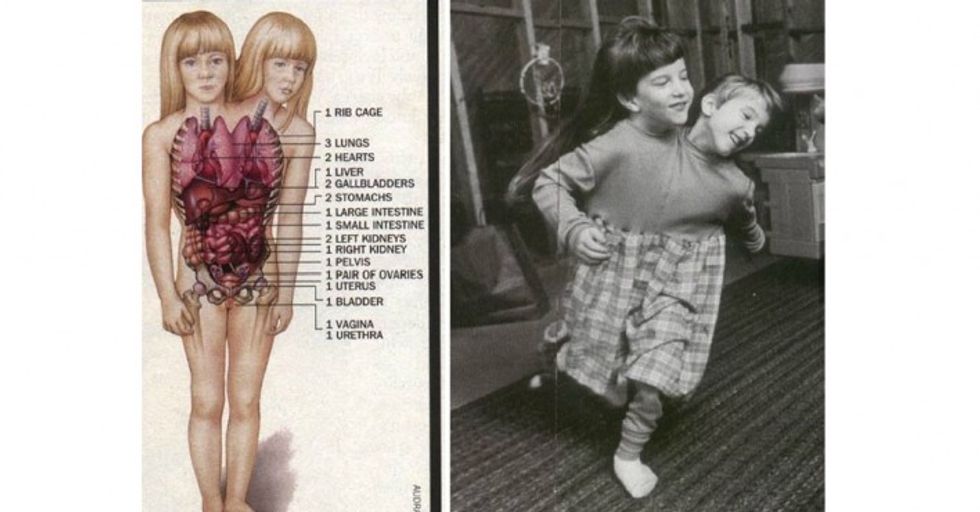 Mastering sports, learning to drive, and earning a license take hard work for anyone. But if you share a body with someone else, there are obviously a lot more hurdles to get over. This world was built for single people in single bodies. For the Hensel sisters, this wasn't a choice. They didn't get that get in the way, though! These sisters are unstoppable.

If you would like to learn more about the Hensel sisters, and see the sources for this article, check out the links at the bottom of this page.

The fact that they were conjoined was a complete shock to everyone. Even ultrasounds during pregnancy had shown only one baby.

Each twin controls her half of their body, operating one of the arms and one of the legs.

This means that as infants, the initial learning of physical processes (such as clapping, crawling, and walking) required cooperation between both sisters. Activities that don't require collaboration, such as eating and writing, can be done separately.

Upon being born, Abby and Brittany had only a 1 in 30 million chance of surviving 24 hours. Their survival was dependent upon the configuration of their organs.
They are the only twins of their type alive today.

The twins have taken swimming lessons, learned to ride a bike, and have an active social life.

The amount of coordination required to do what they do is profound. Yet, they work together so intuitively, that they are able to ride motorcycles and drive a car.

According to Wikipedia, the twins have clearly distinct personalities, likes and dislikes. They hate to be seen as only one person. Sometimes they have their clothing altered by a seamstress so they can have two separate necklines to emphasize their individuality. Abby is better at mathematics, and Brittany excels at writing.

Most of the time, they type out emails together, anticipating each other's feelings with little verbal communication between them. In this case, if they agree on the point being made in the email, they will use the first person singular. When their responses differ, they use their separate names.

They had to take the tests twice, once for each twin. Abigail controls the devices located to the right of the driver's seat; Brittany, those on the left. Together they control the steering wheel.

They graduated from Bethel University in 2012, and, last time they spoke to the media, said they hoped to both go on and get married and have children.

If you would like to learn more about Abby and Brittany Hensel,
you can check out their Wikipedia page, like them on Facebook,
or watch this documentary on them.