Police Officers Reveal Everything About All Hands On Deck Crime Scenes 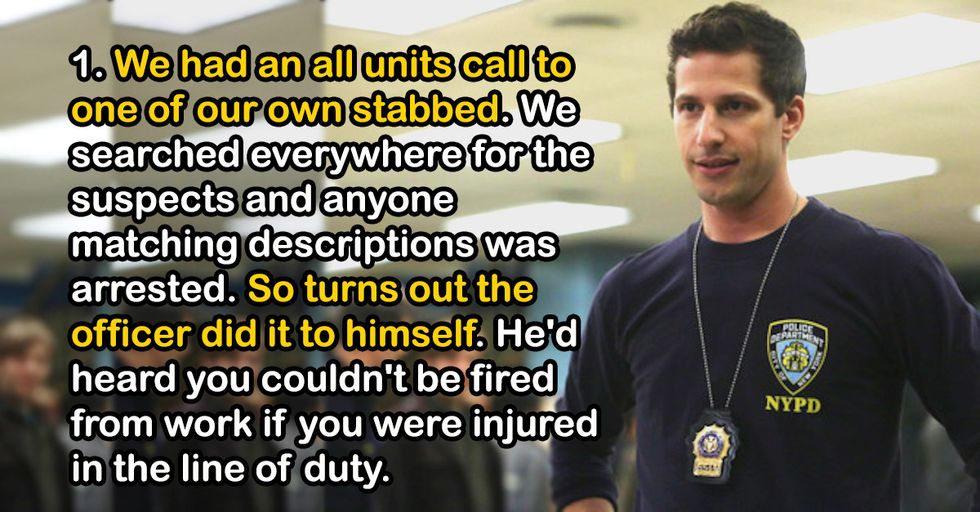 Police Officers Reveal Everything About All Hands On Deck Crime Scenes

When you're not keen on highway abbreviations...

I hope I get to use the line "send everything with lights" someday...

An hour-long fight? I want tickets.

This is at least 3 stars in GTA, easily.

It's tempting to push those buttons.

A bomb threat was called in to distract from a bank robbery.

Imagine having to tell a colleague they aren't dying...

Where are you that you need all hands on deck once a month?!

Not jumping in front of a moving vehicle is a good policy.

"I'll never do that again."

"Crimes of passion" are still crimes, yo.

Every. Damn. Weekend. In. College.

My cop uncle once smashed his thumb to get out of work.

Hearing shots over the radio would freak me out...

[rebelmouse-image 18358663 is_animated_gif=
From Your Site Articles