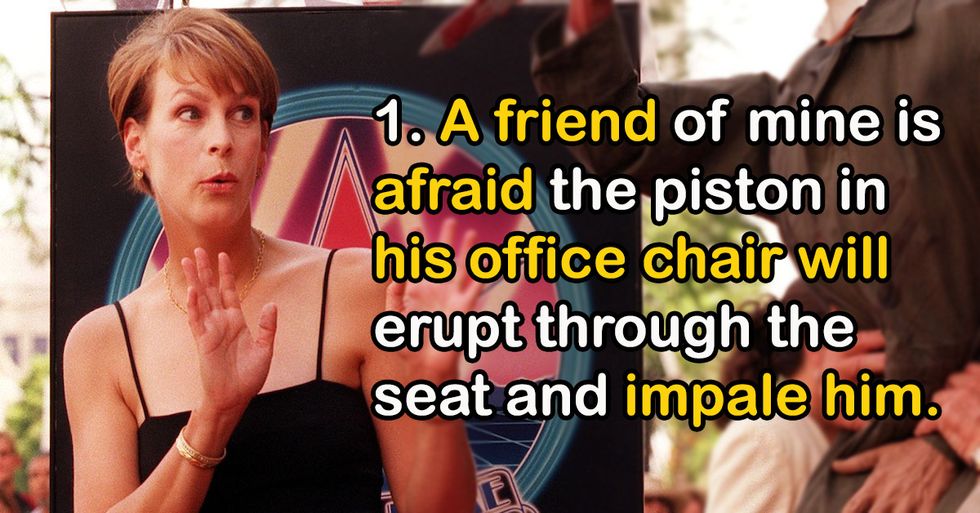 But they're so soft! Then again, they do eat your clothes...

There's a fine line between being afraid and being completely, and utterly, annoyed.

Oh yeah this is really unnerving. Just... back up... please.

I had this same fear! I got over it by watching the movie again and again.

This is creepy af and will definitely happen one day.

You never know what's lurking in the abyss.

All dolls are creepy tbqfh.

I want my eyes to spring open at my funeral.

Does this guy work for Jigsaw or something?

Well, this is certainly a strange fear.

Emetophobia is a very common fear.

Wanna slowly pull them apart? Or how about that woman who EATS THEM?

We've all heard the horror stories about people getting sucked in. Watch your shoe laces...

Not quite hypochondria, but a crippling fear of death, known as necrophobia.

Full stop, stay tf away from the eyes.

[rebelmouse-image 18357368 is_animated_gif=
From Your Site Articles