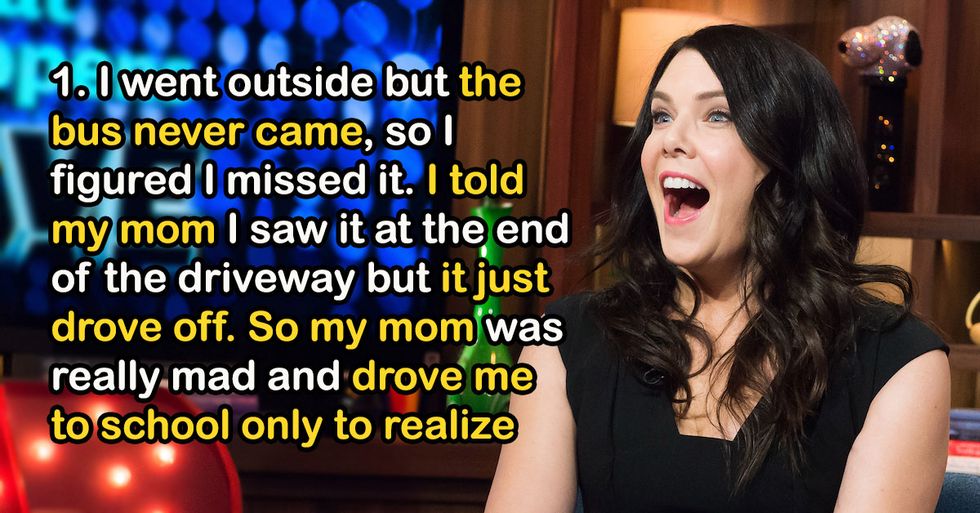 DADDY'S BEEN A BAD BAD BOY.

THE TRUTH IS ALWAYS BEST.

THERE'S A STRANGER IN MY HOUSE.

YOUR TEETH ARE NOT A WEAPON.

HURRY UP! TIME IS OF THE ESSENCE!

NO RUNNING WITH SCISSORS.

Who doesn't enjoy a compliment every now and then?

But have you ever thought you were complimented only to realize you've just been insulted?

For some people those backhanded compliments are unintentional, for some they're very much deliberate and for some people it's actually their love language.

Whatever the purpose, some of these veiled insults are downright clever.

A good story—whether it's a book, movie, manga or TV show—can really draw us in.

We can get invested in the story to the point we begin to have real feelings about the characters.

That's why having a favorite character die can cause real grief.

There is always a way to make money.

We can start to collect coin as early Pre-K.

We just have to be creative.

And who is more creative than a person who thinks they have nothing to lose?

Every school has a black market system.

Things are being sold and traded for that would shock us all.

Love itself and the search for it can be a total mess.

But no matter how much we thirst for it, we have to be diligent and look out for warning signs that a potential partner isn't a good fit.

Red flags and warning signs are always jumping out in front of us.

If you think there's something off, they probably could be!