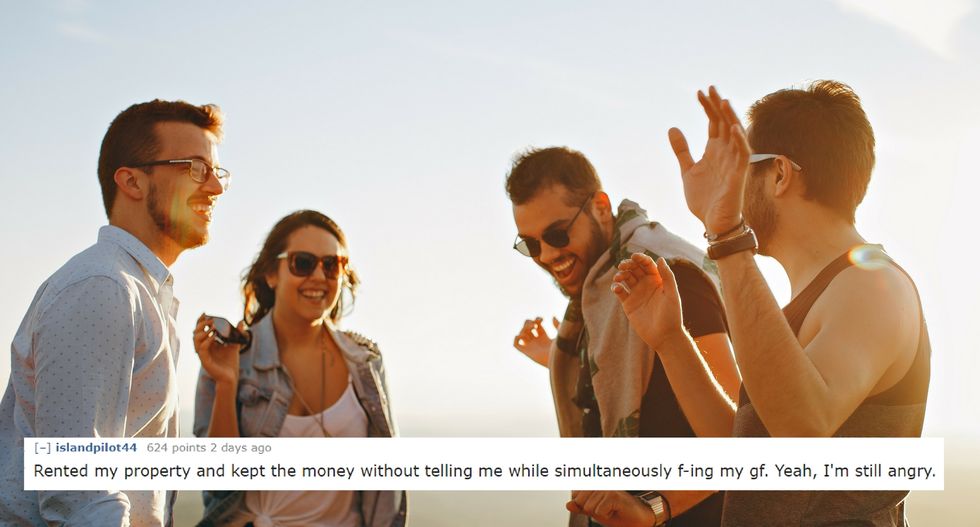 They Fled The Country???

Choosing The Girl Over A Lifelong Friend

No Love For Brother

She Could Have Afforded To Repay

Cat Food For The Abused

[rebelmouse-image 18349700 is_animated_gif=
From Your Site Articles

People Who Fought Back Against Bullies Share Their Experiences

Everyone in life has a bully or six to face.

Even the bullies have bullies.

And sometimes the bully is in the mirror.

Now I know we're supposed to only use our words when standing up to our bullies.

But that is not always the most ideal form of defense.

Sometimes words can cut like knives leading us to victory.

And sometimes words aren't sufficient as we've learned from Reddit.

Whether it's being part of a congregation or an academic sports team, communities are important because they allow people to have a sense of purpose and belonging.

While some may prefer having their own space, eventually, they'll want to have some sort of interaction with others.

But when there isn't a group representing like-minded people, those feeling dejected and isolated find each other to form their own communities.

However, there are some groups that are comprised of bitter individuals and engage in activities with nefarious intentions under the guise of fellowship.

We've all been faced with tough decisions at least once in our life.

In some cases, we've had time to think very carefully as to what we decide to do, a few days, weeks, or even months or years, and thus felt confident and happy with the decision we made.

In other cases, however, we might not have had the luxury of time, and had to make a decision in the blink of an eye.

More often than not, it's these split-second, sometimes impulsive decisions, which might end up drastically changing our lives.

Sometimes for the better, and sometimes not.

When men are hoping to impress a woman, they often agonize over the perfect thing to say.

Something which will get their attention and make them feel good about themselves, and hopefully not offend or demean them.

If they find the right words, they may likely find themselves with a new girlfriend, future wife, or even a life-long friend.

After all, finding the perfect compliment can go a long way.

Of course, this is a two-way street, and men also enjoy it when they are complimented.

Perhaps even more, and arguably, a little too much.