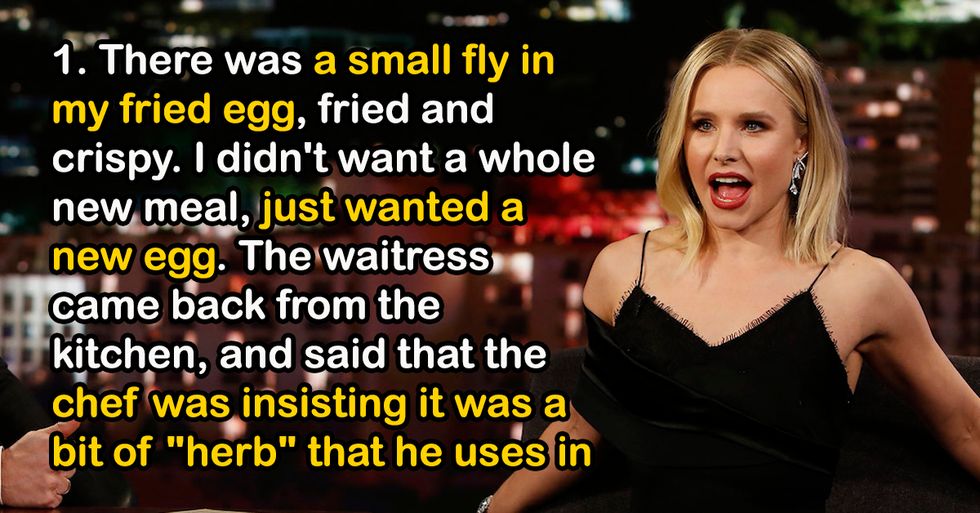 NO SHRIMP FOR ME!

HERE IS A LITTLE SOMETHING EXTRA FOR YOU.

NO NEED TO ALWAYS RECYCLE.

KEEP YOUR HERBS TO YOURSELF.

SORRY ABOUT MY FRIENDS.

THOSE AREN'T MY DENTAL RECORDS.

IS GLASS AN EXTRA CHARGE?

IF YOU'RE THAT HUNGRY... ASK FIRST!

DING DONG MY APPETITE IS DEAD!

JUST ROLL WITH IT KIDS.

[rebelmouse-image 18355118 is_animated_gif=
From Your Site Articles