People Explain Which Small Gestures Impacted Them The Most

What Happened To LOTR Characters After The Movies? I Had No Idea About Sam. 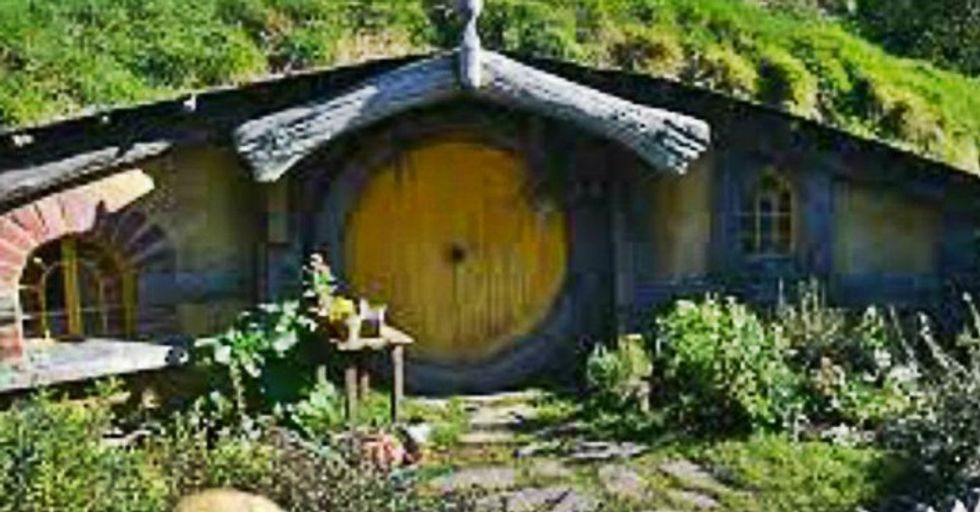 This article is based on the Imgur post "LOTR: The Fates After The War of the Rings". If you're interested in reading more, check out the link at the bottom of the article.

Frodo and Gandalf's journey to the Undying Lands was such a perfect ending to the Lord of the Rings series. But what happened to the rest of the fellowship?

When in the year 120 of the Fourth Age, King Elessar realized his days were at an end, he went to the House of the Kings in the Silent Street. He said farewell to his son Eldarion and his daughters and gave Eldarion his crown and sceptre. Arwen remained at Aragorn's side until he died.

Died of a broken heart at Cerin Amroth in Lrien, and was buried there one year after the death of Aragorn, to whom she had been wedded for 122 years. She was 2901 years old.

After his wife died in the year 61 of the Fourth Age (SR 1482), Sam entrusted the Red Book to his daughter, Elanor and left the Shire. Because he was also a Ring-bearer, he was allowed to pass over the Sea to be reunited with Frodo in the Undying Lands.

He married Estella Bolger some time after the end of the Third Age and later became the Master of Buckland. He wrote Old Words and Names in the Shire. At the age of 102, he returned to Rohan and Gondor with Pippin only to die there a few years later. He was laid to rest in Gondor, and when Elessar died, he and Pippin were entombed beside the great king.

He later became the 32nd Thain of the Shire, a position he held for 50 years before retiring, when he revisited Rohan and Gondor with Merry. Peregrin remained in Gondor for the rest of his life. Pippin died a few years later and was laid to rest with Merry in Gondor. After the great King Elessar (Aragorn) died, Merry and Pippin were entombed next to the great king.

After the War of the Ring had ended, she decided to give up dreams of glory in battle and devote her life to peace and a happy marriage. She married Faramir and settled in Ithilien for the rest of her life where they had at least one son.

He was appointed by King Elessar as the Prince of Ithilien and Beregond to be the Captain of his guard, the White Company. Later on he settled in Emyn Arnen with his wife owyn, where they had at least one son (named Elboron), who succeeded him as Steward of Gondor, Prince of Ithilien, and Lord of Emyn Arnen, after Faramir's death.

He became known as omer adig, or "the Blessed", because during his reign Rohan recovered from the hurts of the War and became a rich and fruitful land again. omer had met Lothriel, daughter of Prince Imrahil of Dol Amroth during his stay in Gondor, and they were wed. She bore him a son Elfwine, who succeeded him after his death.

I tend to avoid public bathrooms if I can help it. They are terrible places. Few are clean and I admit I am a bit of a clean freak. My beautiful bottom will not grace a dirty toilet seat, no thank you. I have standards.

I'm being only sort of serious. I've been in a pinch before. But have you ever seen a gas station bathroom that was utterly destroyed by the patron (or patrons) before you? It's a horrible sight. 0/10: Do not recommend.

Naturally, some crazy things happen in your local public restroom. We heard some stories after Redditor RuffNBoy asked the online community,

"What is the wackiest thing you've seen in a public restroom?"

People Break Down Which Behaviors Scream "I'm Not That Smart'

One should never be fooled by a first impression.

Certain people might behave in a way that is less than indicative of what they are actually like, and might prove to be far more impressive, or much less friendly, once you get to know them a little better.

However, sometimes people will behave in a certain way which leaves one unable to avoid making assumptions about people.

Redditor sparklingshanaya was curious to hear what behavioral traits the Reddit community took as a sign of possessing a considerable lack of intelligence, leading them to ask:

"What are some behaviors that scream unintelligence?"

One of my favorite horror films ever is Black Christmas (1974). It's the perfect slasher film. It's scary. It's uncompromising. It's sordid. It's eerie. It leaves you with a horrible feeling in the pit of your stomach. It features some great acting, too! There are some powerhouse talents in it, including Olivia Hussey, Keir Dullea, Margot Kidder, and Andrea Martin.

But did you know that the film has been remade? It's been remade twice, as a matter of fact. The first remake, which was released in 2006, was so ridiculous. Not even Martin, who showed up in a glorified cameo in the role of a sorority house mother, could save it.

It was remade again in 2019 — this one bore few similarities to the films that came before it. One wondered why this one even had the same name, but there you have it.

Suffice it to say that the original Black Christmas is untouchable. But it is not the only film out there that should never have been remade. Far from it.

People shared their thoughts with us after Redditor CrescendoX asked the online community,

"What movie is so perfect that if it would remade, it would be a crime against humanity?"

People Confess Which Sexual Misconceptions They Held For Way Too Long

Sex talk is still considered a taboo subject in many households. And I don't mean going into detail about your bedroom conquests at the dinner table.