People Describe The Fastest They've Ever Seen A Coworker Get Fired 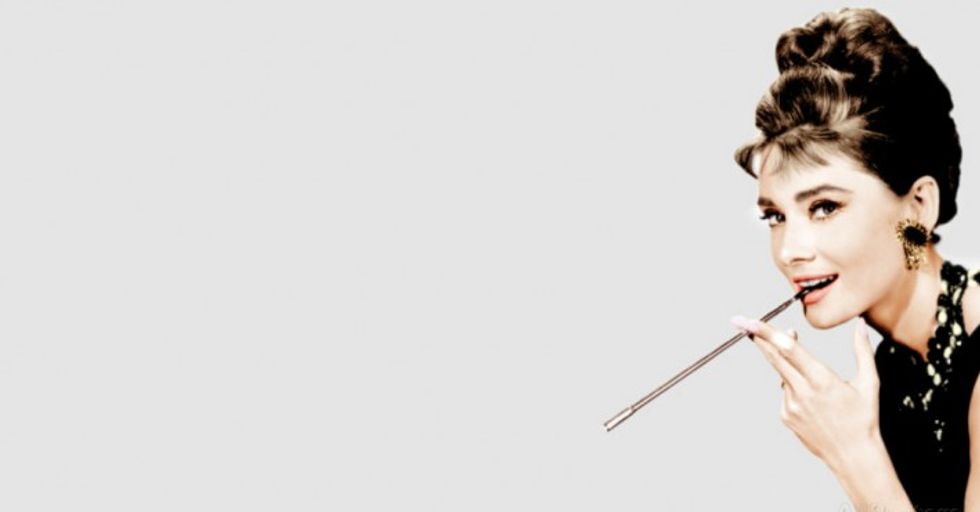 I'm like cat here, a no-name slob. We belong to nobody, and nobody belongs to us. We don't even belong to each other.

1/36. Audrey Hepburn hated Danish pastries, making filming the famous opening scene a bit of a chore for her.

2/36. After seeing Buddy Ebsen in his country role in Breakfast at Tiffany's (1961), the creator of The Beverly Hillbillies (1962) wanted him to play family patriarch Jed Clampett. At the time, Ebsen was thinking of retiring, but the producers sent him a copy of the script, and he changed his mind.

3/36. Holly Golightly wears the same dresses all the way through the movie, simply changing the accessories to give each outfit a different look. Her black shift dress features through the movie at least four times.

4/36. Although not visible on camera, hundreds of onlookers watched Audrey Hepburn's window-shopping scene at the start of the film. This made her nervous and she kept making mistakes. It wasn't until a crew member nearly got electrocuted behind the camera that she pulled herself together and finished the scene.

5/36. At a post-production meeting following a screening of the film, a studio executive, in reference to "Moon River," said, "Well, I think the first thing we can do is get rid of that stupid song." Audrey Hepburn stood up at the table and said, "Over my dead body!" The song stayed in the picture.

6/36. Henry Mancini wrote "Moon River" specifically for Audrey Hepburn. He later said that while many version of the song have been done, he feels that Audrey's was the best.

Continue reading more behind-the-scenes facts on the next page!

7/36. In the 2006 short documentary Breakfast at Tiffany's: The Making of a Classic (2006),Blake Edwards said that when the movie was made, he didn't think about the implications of casting a white actor, Mickey Rooney, in a role as a Japanese person, but "looking back, I wish I had never done it... and I would give anything to be able to recast it."

8/36. Tiffany's opened its doors on a Sunday for the first time since the 19th century so that filming could take place inside the store.

9/36. About nine cats were used throughout the film as the role of Cat.

10/36. Holly Golightly is supposed to be just nineteen years old when she meets with Paul.Audrey Hepburn was thirty-one years old when playing Holly.

11/36. The famous black dress worn by Audrey Hepburn in the opening scenes of this movie was sold for $807,000 on December 4, 2006 at Christie's Auction House in London, making it the second most expensive piece of movie memorabilia ever sold. The first is the Best Picture Oscar for Gone with the Wind (1939).

12/36. Due to the Hays Code, Fred's homosexuality could not be referred to in the movie.

Continued on the next page.

13/36. The film is referenced by the song "Breakfast at Tiffany's" by Deep Blue Something, which was a big international hit in the 1990s.

14/36. Holly's whistle when she hails a cab for Paul was actually dubbed in. Audrey Hepburn attempted to learn how to whistle with two fingers, but could never produce the desired sound.

15/36. The song "Moon River" was written especially for Audrey Hepburn, since she had no training as a singer. The vocals were written to be sung in only one octave.

16/36. George Peppard was a student of Method acting, a style Audrey Hepburn found difficult to work with. Nonetheless, the two actors remained close friends until her death.

17/36. Audrey Hepburn felt that she was miscast as Holly Golightly, but it became one of her most popular roles.

Continue reading on the next page.

19/36. Elements of Holly's character in the original novel, such as her flirtation with bisexuality, were omitted to make the part more suitable for Audrey Hepburn. Notably, however, she still accompanies a visibly bored Paul to a strip club.

20/36. The party sequence was reportedly the longest and hardest scene to shoot in the movie. Most of the gags that occur in the scene are not in the novel, but originally scripted by Blake Edwards.

21/36. Director Blake Edwards was lunching with Mickey Rooney at a posh Hollywood restaurant when Rooney objected to how his salad was being tossed by the waiter and proceeded to show the 'proper' way to do it. Edwards thought Rooney's attention-getting routine so funny that he wrote it into the movie.

22/36. Although it's never explained why Holly is wearing a bed sheet at her cocktail party, an earlier scene (cut before release) established she'd been taking a bath and had to improvise a gown on the spur of moment. The cut scene was featured in Life magazine pictorial shortly before film was released.

23/36. The movie was shot only three months after the birth of Audrey Hepburn's first son, Sean H. Ferrer.

24/36. Henry Mancini found his greatest inspiration in Audrey Hepburn. He said, "It's unique for a composer to really be inspired by a person, a face or a personality, but Audrey certainly inspires me. Normally, I have to see a completed film before I'll compose the music, but with Tiffany I knew what to write for Audrey just by reading the script."

25/36. For the scene in which Holly throws a wild party in her apartment, Blake Edwards wanted to capture the free-wheeling lifestyle of Holly and her New York friends, using an intricate series of visual gags. Edwards ordered up cases of real champagne and let the bubbly flow among the actors, allowing everyone to contribute ideas of outrageous behaviour.

27/36. The book Paul has written and brings to Holly's apartment is titled "Nine Lives" - a reference to Cat.

28/36. John Frankenheimer was hired to shoot the film with Marilyn Monroe. When the producers suddenly moved to Switzerland and Audrey Hepburn replaced Monroe, she said she had never heard of Frankenheimer and insisted that he be paid off and another director be hired. Frankenheomer's sudden freedom resulted in his directing "The Manchurian Candidate."

29/36. In the film's original trailer (included on the special edition DVD), the announcer mistakenly pronounces Truman Capote's last name as "Capot", without pronouncing the "e" at the end of his name. This mistake was repeated (on purpose) on The Mary Tyler Moore (1970) Show - Ted Baxter (Ted Knight) is demanding better writers and he says they should get "that Truman Capot fellow". Phyllis (Cloris Leachman) tries to correct him by saying just "E". Ted then says "oh yeah, Truman E. Capot."

30/36. In the Book the narrator describes how Holly would wash her hair and sit out on the fire escape thumbing her guitar while waiting for her hair to dry; this is reflected during her "Moonriver" scene, which is why she has a wrap around her hair.

31/36. Upon selling the rights to his novella to producers Richard Shepherd and Martin Jurow, author Truman Capote expressed a desire to play Paul himself. The pair dodged the issue successfully.

32/36. Holly's couch is really an old-fashioned bathtub split in half. In some scenes, you can still see the gold handles at one end and the legs on the bottom.

33/36. Shirley MacLaine turned down the role of Holly Golightly.

35/36. It was Blake Edwards who brought Henry Mancini into the project, after Mancini had scored a hit with the theme from Peter Gunn (1958), though the producers were initially keen on a Broadway composer to fit the New York City milieu of the film. Mancini brought in Johnny Mercer as his lyricist, and so "Moon River" was born. Early titles for the song included "I'm Holly" and "Blue River".

36/36. For his portrayal of I. Y. Yunioshi, Mickey Rooney wore makeup and a prosthetic mouthpiece to change his features to a caricatured approximation of a Japanese person. Since the 1990s, it has been subject to increasing protest by Asian-Americans among others.