People Explain How They Lost The Genetic Lottery

35 Facts About America That Nobody Believes Until They Actually Go There. 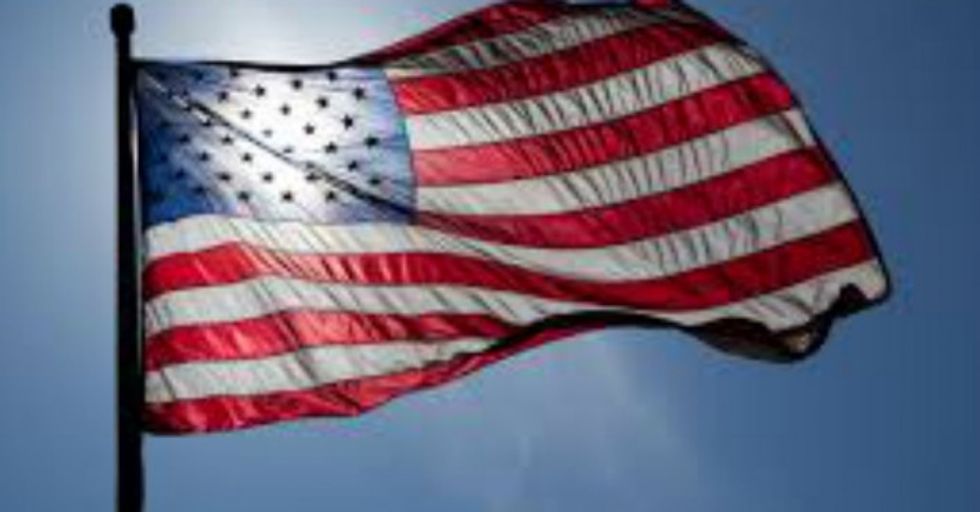 For a small fee in America!

Thanks to all the awesome folks at Quora who shared their answers.

1/35. You have American flags everywhere. You are VERY patriotic.

2/35. I'm Australian and spent two weeks in the US last year on a long awaited holiday. One thing that really amazed me: advertising for prescription medicines. In a country with universal healthcare you'd never go to the doctor and ask for a certain brand of medicine, you just take whatever the doctor prescribes to the pharmacy and they'll give you whatever brand they have. The only countries where advertising prescription meds is even legal is New Zealand and the US!

3/35. How open Americans are about their shortcomings and always ready for self criticism.

5/35. People from different parts of the US have different accents of English and are culturally different. Before moving here, I thought US was a country that spoke English and it was the western culture. I now identify a Southern accent. I now know that people in the mid-west are different than people living in New York.
Abinaya Govindarajan

6/35. No jaywalking. At least not in Seattle, no matter how empty the street.
Riona MacNamara

7/35. I thought that the sound of crickets and frogs in the evening was a cinematic convention meant to convey that night had fallen. The first time I heard this sound (especially on the east coast) it blew my mind.
Riona MacNamara

8/35. Exorbitant serving sizes of meals: I was amazed by the serving sizes of meals in the US. Having a meal in US meant one of the two things for me:
i) I felt drowsy and did not feel like doing anything
ii) I would skip the next meal or deliberately choose to eat only a small portion of the normal meal serving
Tejas Singh

9/35. Many American don't have a passport, and therefore have never traveled out of the country.

Probably because Hong Kong is so small and there isn't really much to see, when it's vacation, the airports are packed with locals going to Taiwan, Japan, Thailand, etc for vacation. It's just a 3 to 5 hour flight. I later realized that America is so big and diverse that traveling within it is enough to bring you lots of different experience.
Bruce Li

10/35. Obesity. I heard a lot about obesity in the US but was still shocked when I came here.
Yucheng Tu

11/35. People asking me to 'say something in English'. I'm from the UK. I still struggle with that one.
Dan Thornton

12/35. Why individual houses are so large? We always get into discussion that house is not just a shelter, but also a manifestation of one's financial achievements.
Natalia Rekhter

13/35. Obsession with Tanning - I am adding this one late, as I had forgotten previously. In India, we have an obsession with "fair skin". Skin lightening, skin whitening, anti-tan...so on. In US, it was the opposite. Every block has a tanning salon and drugstores have tanning creams and sprays instead of anti-tan ones available here. I thought it was fairly screwed up that in every part of the world, the cosmetics industry makes a way to make money off of people's insecurity.

14/35. Americans LOVE free T-shirts. This picture is of my collection after one year of living here.
Emily Oakley

15/35. I got a picture from the movies, but the reality was even more. Cookie-cutter homes everywhere, there is nothing like designing your own house.
Lukas Tencer

16/35. The most impressive thing I LOVE LOVE LOVE about the USA is that, despite what's being said in media by a few people, this is the country where you can practice your religion 100% FREELY without any opposition anywhere, as long as your practices do not violate the law or other people's freedoms. Some minor limited exceptions might apply here or there.
Aghyad Saleh

17/35. Soda being cheaper than bottled water. It makes no sense that carbonated and flavored water with HFCS are cheaper than regular water, but hey, that's just how it is.

18/35. Dessert. Not dessert as in sweet foods, but as in the specific course eaten after dinner. It doesn't exist. Guyanese people eat dinner and then that's it. I remember going to my American friend's house and being shocked that people in real life actually ate dessert.
Britt Smith

19/35. The fact that Americans don't stay with relatives when visiting them. Many Americans would rather stay in a hotel, or at least the Americans we know. Guyanese people (or at least my family) think it's strange that you would pay money when you have relatives to stay with, even if you can afford it. I remember when we had a family reunion, nobody paid for a hotel, so there were 3 people in my bed, 2 people on the floor in my room, 2 people in the master bedroom, 2 people in the guest room, 1 person on the couch, and 2 people on the floor in the living room. That was considered totally acceptable, whereas my American stepdad thought we were nuts.
Britt Smith

20/35. There are vast amount of areas in the US which do not have any human settlement for miles at a stretch!
Paritosh Ramanan

21/35. Cracking your spine. I had not seen this in my country, but in every class, seminar or other situation when people sit for a long time, they occasionally tend to straighten up and crack the spine by rotating their backs left and right.
Francisco Feij Delgado

22/35. I'm from Bangladesh and here are a few things that I find hard to explain to peeps back home.

- Fruits and vegetables are way more expensive than meat and poultry.

- By and large, people do not carry cash.

- Parents can get arrested for physically punishing their children.

23/35. A whole lot of people think Africa is a country, shame...
Tendekai Muchenje

24/35. Clean air. Although Southern California is notorious for its air quality (I live in LA county), it is still heaven compared to Hanoi.
Dang Dat

25/35. Drive-thru ATM's and stores: it left me speechless. And then to think that most purchases in the U.S. are on credit ;). You can even do drive-thru shopping, drive-thru oil-change. Everything is drive-thru!
Duco van Breemen

26/35. Use of slang OMG!: So, apparently people really do say O.M.G. a lot (in California that is) and other slang you hear on T.V. I thought that was simply T.V. stuff.
Duco van Breemen

27/35. Most single-family homes have a subterranean basement that you can actually walk around in (not just a crawlspace for utilities)
Erin Chang

28/35. Early to bed culture- in suburban areas, especially during weekdays. 10 PM is the latest till when the malls or restaurants would be open.
Richa Bhargava

29/35. Lack of public squares. I couldn't imagine not meeting up with someone or having a chat with them anywhere else. The closest thing to a public square were grassy parks, then private businesses.
Benjamin Schmidt

31/35. No kid ever goes out to play outside in the streets - ever . At least, I never found anyone out there to play with.
Anonymous

32/35. Depression - during my high school years I saw quite a bit of people with symptoms of depression.
Anonymous

34/35. People set a time to socialize. I have no idea what that means but you can hear people say things like "Midterms are over, now I can socialize! "
Rahma Sofien

35/35. One thing that was pointed out to me in college by an international student:

Majority rule and voting are so deeply ingrained in our mindsets that we barely notice it. Whenever we're in a group, whatever activity we're trying to pick, whether it's what movie to see or what restaurant to go to, our first instinct for settling disputes and disagreements is to take a vote, and the losers accept the majority rule without question. Even students from countries with long democratic traditions found this a bit unnerving.
David Muccigrosso