People Describe The Most Boring Hobbies A Person Can Have

Scarred Adults Reveal The Scariest Things That Happened In Childhood 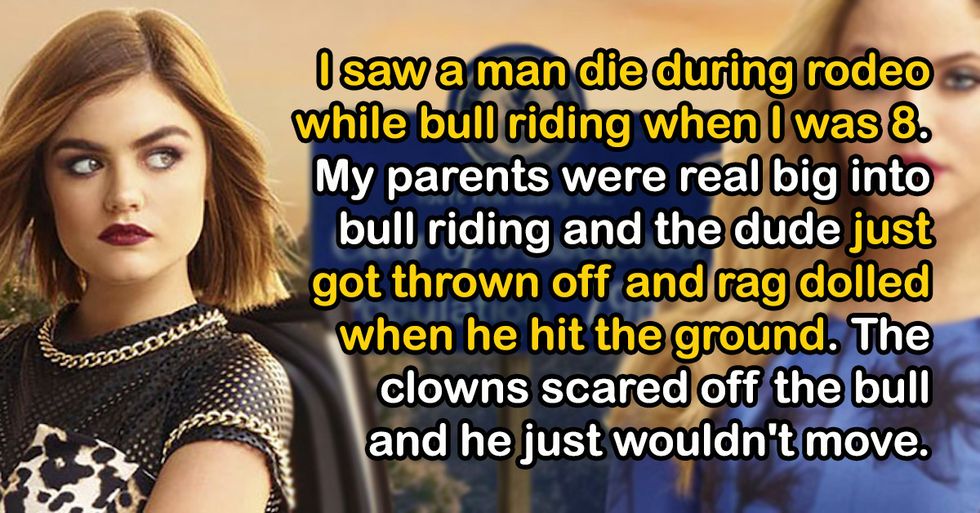 Scarred Adults Reveal The Scariest Things That Happened In Childhood

TIME FOR SOME XANAX.

THE SKY IS FALLING!

People Explain Which Things They Wish Hollywood Would Stop Doing

Hollywood really has made a mess of entertainment and storytelling.

And it doesn't have to be that way.

There are so many people with new, fresh ideas, yet they choose to keep redoing the same old. concepts.

The people want more and better and it is possible

People Break Down Which Things Have Progressively Gotten Worse Over Time

Time is not always a friend.

It can systematically destroy everything.

Or is that just humans abusing time?

Everything does degrade naturally...

When it comes to naming children, there are all kinds of different approaches.

Some parents like to honor the legacy of a late relative, while there are those who prefer naming their baby after a revered fictional character–"Luke" (Skywalker) being one of them.

But let's be honest. Baby naming can get way out of hand, and it's the child who becomes a victim by having to live with a name they might get teased for...like "Blanket."

People Divulge Which TV Series Aren't Even Worth Finishing

With so many streaming platforms and too many recommendations to watch your friends' favorite shows, how do you prioritize what shows to watch?

Those who can afford to sit in front of the TV all day–because that is the commitment it takes to start making a dent in your viewing playlist–must choose wisely in determining which shows to start binging.

If a show fails to grab your attention from the get go, you might be prone to ditch it and go on to the next one on the list.

The risk of course is you might be missing out on something that is worth sitting through the slow-burn, exposition-y episodes of a show that is trying to establish itself at the beginning but becomes wildly rewarding towards the end.

But who has time for all that?

Apparently, there were many TV show viewers whose patience ran thin.