People Imagine Which Crimes They Would Absolutely Legalize

People Who Don't Plan To Have Kids Share Their Reasoning 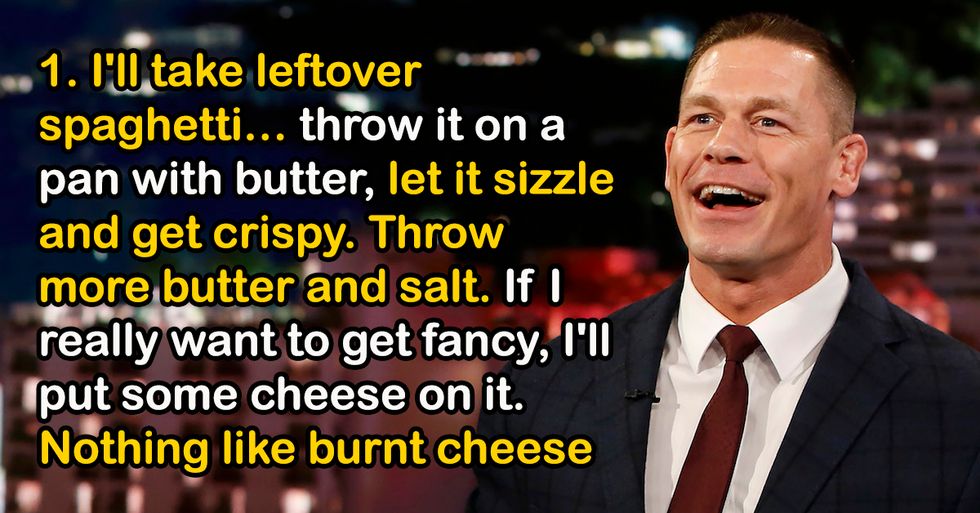 The Taste You Can See

Made With The Iron

To Save On My Dough

All The Food Groups

[rebelmouse-image 18356446 is_animated_gif=
From Your Site Articles

People Who've Survived Being Shot Explain What It Really Feels Like

It's another ordinary day in America.

So of course that means we've already had a mass shooting or two before brunch.

And aside from the mass shootings, the number of single gunshot wounds or deaths is too high to count.

So let's discuss the aftermath.

Let's hear from the people who have faced the barrel of a loaded gun, or were just a casualty going about their day.

What happens after the bullet lands?

Redditor notaninterestingacc wanted to hear from the people who have lived the nightmare. They asked:

It's never attractive to gloat.

Nor does superiority ever come off as a particularly attractive attribute.

But, consciously or not, some people speak or behave in a way that immediately suggests that they think they deserve to be treated differently, i.e better than others.

Or that they believe they simply are better than other people.

A recent Redditor was curious what sort of behavior struck other people as elitist or arrogant behavior by asking:

"What screams "I am entitled"?"

There's something about the woods that creeps me out. Listen here, people: I'm a city guy. The idea of getting lost out there freaks me out. No thank you. I wasn't made for that. The rest of you who like to go camping and stuff? You do you. I'll stick with my running water.

But maybe I've seen too many horror movies. After all, if I saw some creepy stuff in the woods I'd definitely run in the other direction. And so would you, right? Right?

People shared their best stories with us after Redditor shantics asked the online community,

"What have you seen in the woods that you can’t explain?"

People Share Their Absolute Favorite Euphemisms For A Dumb Person

We're all not geniuses.

Everybody has varying degrees of knowledge and brain power.

And that is ok.

Though some of us are really lacking in any sense and every once and awhile people like to sugarcoat that fact when they call us out.

That's a big one in the South. Means... "I like you, but Lord are you missing marbles."