People's 'I Don't Get Paid Enough For This Sh*t' Experiences

The Most Toxic Things Parents Can Say To A Child

'This Person Is On Another Level Of Stupid' Experiences

So Why, Exactly, Is July 'National Ice Cream Month'? 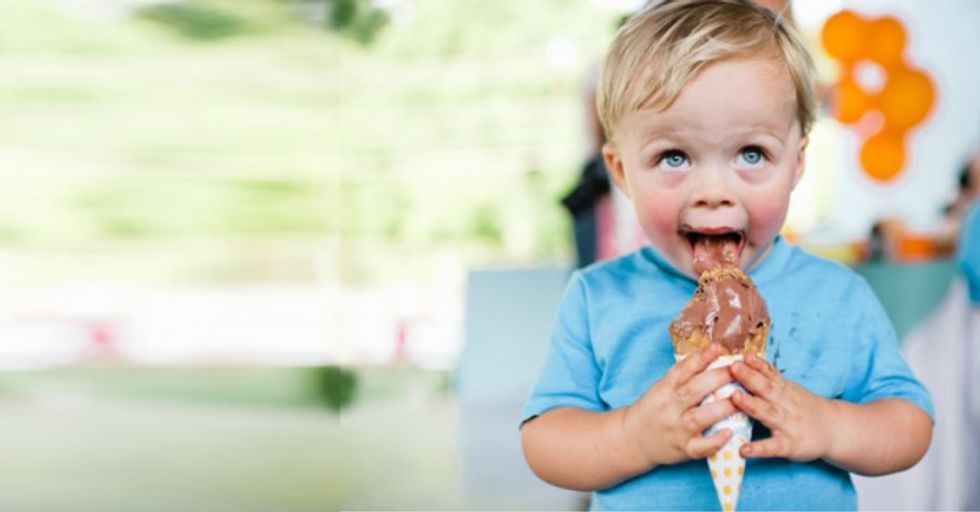 It's July! Which means, it is National Ice Cream Month in the good ol' U.S of A.

In fact, here is the text from Reagan's official proclamation:

"Ice cream is a nutritious and wholesome food, enjoyed by over ninety percent of the people in the United States. It enjoys a reputation as the perfect dessert and snack food. Over eight hundred and eighty-seven million gallons of ice cream were consumed in the United States in 1983.

The ice cream industry generates approximately $3.5 billion in annual sales and provides jobs for thousands of citizens. Indeed, nearly ten percent of all the milk produced by the United States dairy farmers is used to produce ice cream, thereby contributing substantially to the economic well-being of the Nation's dairy industry.

In Witness Whereof I have hereunto set my hand this ninth day of July, in the year of our Lord nineteen hundred and eightyfour, and of the Independence of the United States of America the two hundred and ninth."

But... why the heck was this holiday instituted?

Ronald Reagan did not just arbitrarily create this holiday. In fact, it wasn't even his idea.

The proclamation above (as well as any Presidential proclamation in the US) is put forward by Congress. If it passes all the phases of approval, then it is presented to the President for his (or, maybe someday, her) approval. In the case of National Ice Cream Month, it was the US Senate that kicked things off. They proposed National Ice Cream Day.

Originally, the Proclamation was just to celebrate National Ice Cream Day that year, 1984, but American corporations loved it so much, they kept it going.

Okay, but who was the person behind the idea?

His name was Walter Dee Huddleston, a senator from Kentucky. It turns out that 1984 wasn't even the first time that this Proclamation had been proposed by Mr. Huddleston. He had proposed it one year earlier, in 1983, but it had been rejected.

But Walter wasn't having it. He re-proposed it, and this time it went through.

There are a few existing theories as to why Walter was so adamant about his beloved Ice Cream celebrations.

According to his interview with Ice Cream Geek, he laughed and said, "Because I love ice cream!"

Theory 2: It was all a marketing scheme

Do you remember the 1990s milk campaign, "Milk: It Does a Body Good"? Tyra Banks and Marc Anthony were the faces of the campaign that pushed milk as a way to strengthen bones. In actuality, there is no conclusive research on whether or not milk strengthens bones. In fact, a recent study has suggested that men that drank more milk in their teen years were more likely to get a hip fracture than those who didn't.

Milk marketers also had a campaign that advertised milk as a diet and weight loss food, until the Federal Trade Commission's Bureau of Consumer Protection told them to pull the ad until further research provides stronger, more conclusive evidence of an association between dairy consumption and weight loss.

And I'm sure you remember the celebrity "got milk?" moustaches of yore.

The dairy industry has a history of promoting themselves through near-genius advertising campaigns, so it would be no surprise if they had thought, "Hey! Let's just make a holiday surrounding our product."

Though it's not confirmed, that would be pretty smooth. Smooth, in fact, as some soft serve.