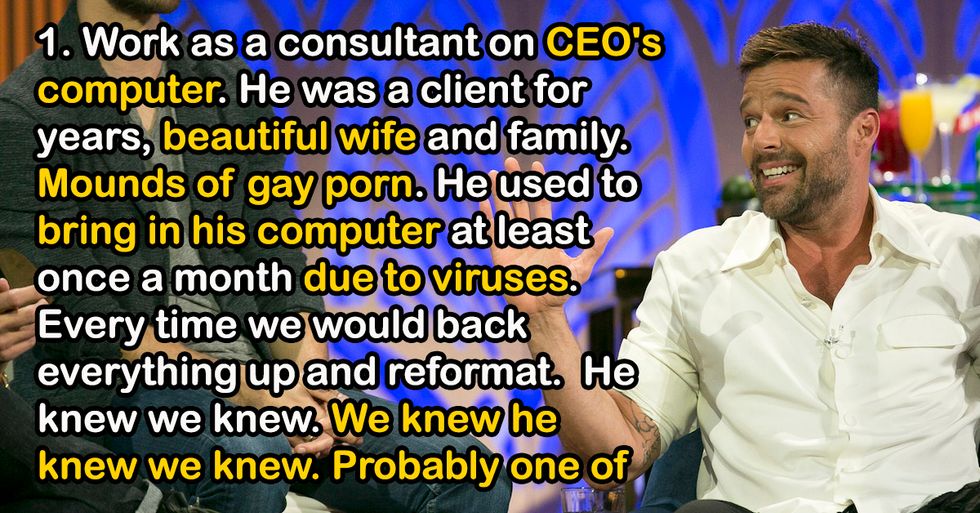 Apparently, he was f_cking serious.

To each their own I suppose.

This is just impressive.

Mud. In a laptop that supposedly treated normally. Okurrrr

I'd have cut it off at the dolls. Creeper level: Jedi.

When you find evidence of a murder...

Why tf would you store everythi... you know what it's best not to ask.

Is consultant-client privilege a thing? It certainly should be.

Pretty sure this counts as sexual harassment, but ok