People Describe The Worst Movies They Ever Had To Sit Through

People Describe The Things Hollywood Has Tricked Us Into Believing

35 Little Known Facts About The Cast Of The Lord Of The Rings Movies. One Cast To Rule Them All! 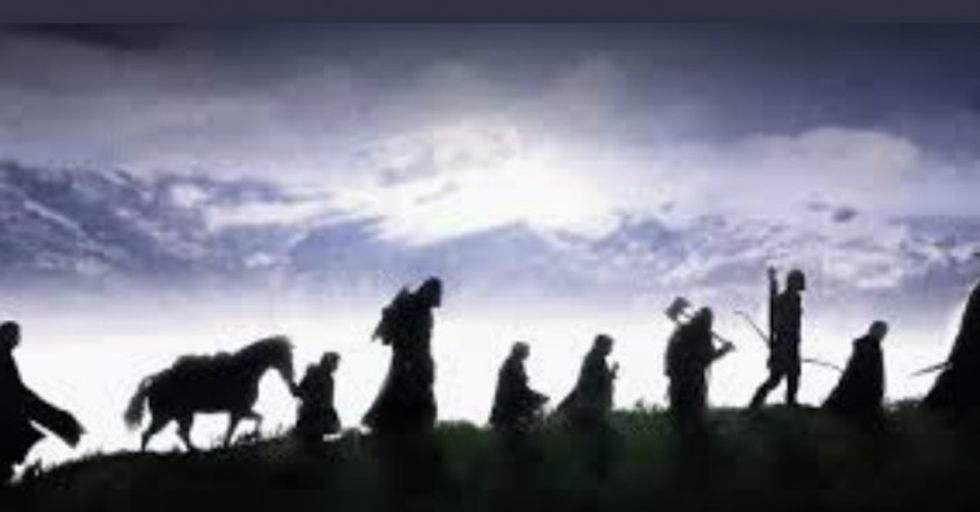 It's a dangerous business, Frodo, going out your door. You step onto the road, and if you don't keep your feet, there's no knowing where you might be swept off to.

J.R.R. Tolkien, The Lord of the Rings

1/35. Orlando Bloom (Legolas) did most of his own stunts and broke a rib in the process.

3/35. Viggo Mortensen kept his sword with him at all times off set so that he could remain in character. He was questioned several times by police after reviewing his training sessions with the sword and being spotted by members of the public.

4/35. Peter Jackson gave one of the rings used in the movies to both Elijah Wood and Andy Serkis as a gift when the shoot was finished. They both thought they had the only one.

5/35. Christopher Lee read "The Lord of the Rings" once a year until his death in 2015 and had done so since the year it was published, and is the only member of the cast and crew ever to have met J.R.R. Tolkien.

6/35. Viggo Mortensen (Aragorn), who is trilingual in English, Spanish, and Danish, requested the script be revised to let Aragorn speak more of his lines in Elvish.

7/35. Viggo Mortensen chipped a tooth while filming a fight sequence. He wanted Peter Jackson to superglue it back on so he could finish his scene, but the director took him to the dentist on his lunch break, had it "patched up", and returned to the set that afternoon.

8/35. John Rhys-Davies, who plays Gimli the dwarf, is the tallest of the actors who play members of the Fellowship. He is 6' 1".

9/35. Ian McKellen hadn't read the books when he was first approached by Peter Jackson to play Gandalf. It was Jackson's enthusiasm for the project that won him over.

11/35. Ian McKellen based Gandalf's accent on that of J.R.R. Tolkien himself.

12/35. Liv Tyler accidentally stabbed herself up in the right thigh, when filming the 'If you want him, come and claim him!' sequence. Footage was featured in bloopers and outtakes of the film.

13/35. Hugo Weaving was recovering from the flu during the filming of the scene where Elrond talks to Gandalf at Rivendell, and as a result he had a hoarse voice. Co-writer Philippa Boyens remarked on the DVD commentary that she felt it actually enhanced the quality of his voice.

14/35. In one take of the Bucklebury Ferry scene, Elijah Wood overshot his jump and ended up in the river instead of on the Ferry.

15/35. Liv Tyler deepened her voice so much to play Arwen that her father Steven Tyler asked her if her voice had been dubbed by someone else.

16/35. The filmmakers approached Liv Tyler after seeing her performance in Plunkett & Macleane (1999), and New Line Cinema leaped at the opportunity of having one Hollywood star in the film.

17/35. Liv Tyler was sick with flu during production.

18/35. Orlando Bloom spent two months learning how to use a bow and arrow.

19/35. Costume designer Ngila Dickson had 40 seamstresses working for her, creating over 19,000 costumes.

20/35. Dominic Monaghan (Merry), wore a fat suit made of foam. He drank three liters of water a day so he would not dehydrate.

21/35. Sean Connery was, at one point, offered the role for Gandalf, but he turned it down due to reportedly "not understanding the story".

22/35. It took eleven hours for Lawrence Makoare's full costume and makeup to be applied for the role of Lurtz.

23/35. John Rhys-Davies suffered from a reaction to his prosthetics - usually inflammation around the eyes - that meant that he could never be shot on consecutive days but would always require at least a day off for his skin to return to normal. He was never anything less than 3 hours in the make-up chair.

24/35. During filming, Liv Tyler left her pair of prosthetic ears on the dashboard of her car. When she returned they had melted.

26/35. Dominic Monaghan suffered from hay fever while filming the scene in the cornfield.

27/35. Elijah Wood never wore a full chain-mail Mithril vest, only the top half.

28/35. Christopher Lee broke his left hand after he slammed it on his hotel door. The injury is obviously seen as Saruman jeers at the Fellowship's plight on Caradhras.

29/35. Jake Gyllenhaal auditioned for the role of Frodo.

30/35. Elijah Wood dressed up in breeches and a flowing shirt and went out into the hills to shoot his audition tape. His friend George Huang directed the video.

31/35. In the mines of Moria, the battery for Ian McKellen's illuminated staff is hidden within the folds of his robes.

32/35. Liam Neeson turned down the role of Boromir.

33/35. Cate Blanchett joked that she took the role of Galadriel because, "I've always wanted pointy ears".

34/35. Stuntwoman Lani Jackson doubled for Arwen for some fight scenes that were cut from the film. Jackson does appear in the film trilogy as various stunt orcs.

35/35. When asked about LOTR, Ian McKellen said, "The Lord of the Rings is a mythology, it is a fairy tale, it's an adventure story. It never happened. Except somewhere in our hearts."