The Worst Birthday Gifts People Have Ever Received 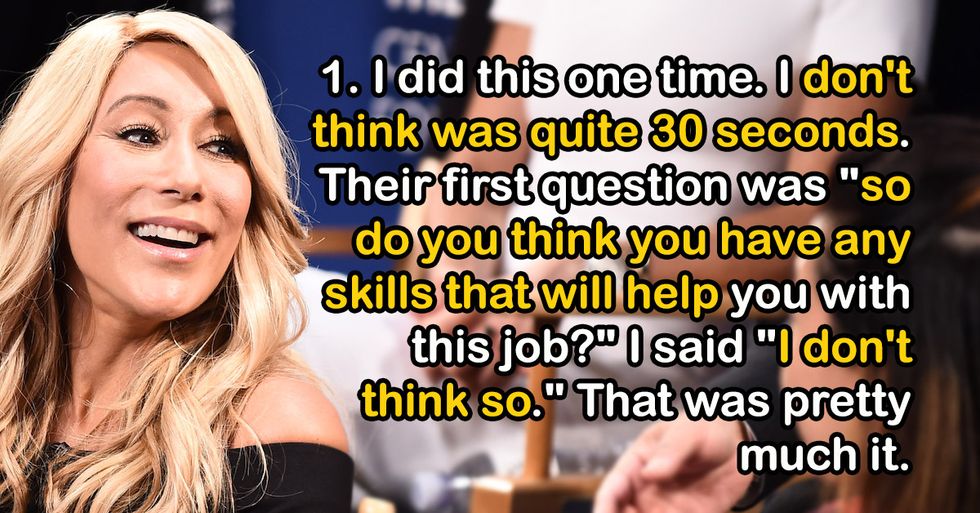 In For The Hug

Passing On A Question

Screaming At The Hiring Panel

Blow It Before You Even Show Up

Don't Wait To Be Offered An Interview

People Confess How They Really Feel About Open Relationships

The concept of an open relationship is nothing new.

It's just that nobody really spoke of it so openly in the past.

Now people are openly discussing whether monogamy suits them in modern times.

It doesn't mean we're dumb, not everything is meant to click.

Maybe you're more inclined to English and history, so science and math elude you. Or vice versa.

It's hard to imagine for someone who didn't live it, but not everyone grew up with a kind and loving childhood home.

So much so, Redditors were able to fill a whole Reddit thread with examples of bad parenting, some of which are startling.

As much as we think we can get along with everyone, that's not always the case.

There are certain types of people you gravitate toward and making a connection with them is easy. But there are also those with specific personality traits you know very well to steer clear from.

Try as we might, we can't be friends with everyone. The best we can do is be the best version of ourselves and stay within a community of people who you vibe with.