Things People Do In Public That Get Under Folks' Skin

People Break Down The Scariest Theory They've Ever Heard

'You Were Not The Victim!' Lawyers Share The Dumbest Things They Had To Explain To Clients. 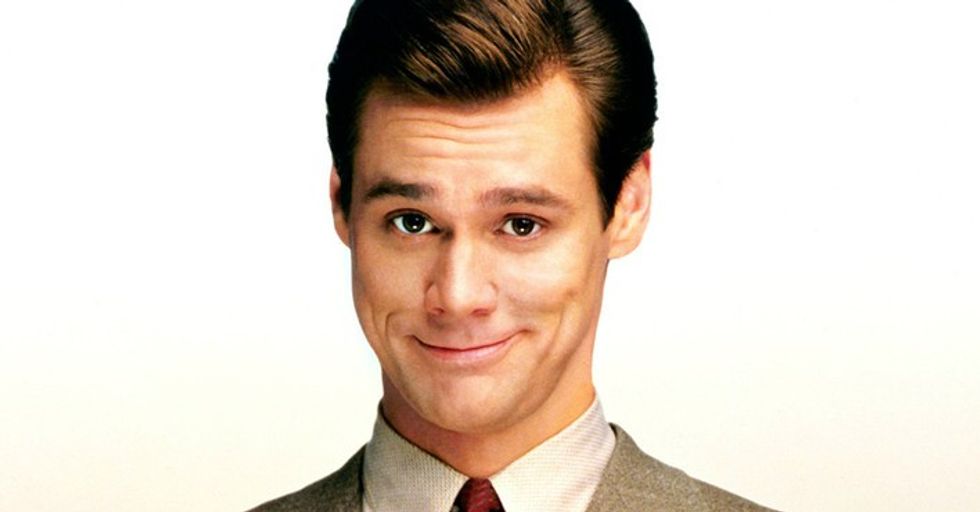 This piece is based on an AskReddit thread. Link on the last page.

1. Your boss sending you to a drug test after he walked in on you snorting cocaine off your desk does not qualify as entrapment. You can't sue him.

2. I recently had a call from a guy who found out that Long John Silver's was microwaving his baked shrimp combo. He wanted to eat there for every meal for a year and then sue them for false advertising.

He changed his mind when I suggested that he would probably die of a heart attack before reaching his one year goal.

3. I once had to explain to a client that he could, in fact, fire an employee for (1) stealing significant sums of money from the safe, (2) pulling a gun on a co-worker who questioned these activities, and (3) waving said gun in a customer's face moments later, all of which were on camera.

4. This guy killed several people with a baseball bat and wanted his sentence mitigated because he had PTSD. He claimed he had PTSD from experiencing the murder he committed. The court had to explain to him that a mental issue acquired while committing a crime cannot mitigate the crime you committed.

5. The plaintiff's lawyer had to explain to her that it wasn't a slip and fall if she brought the baby oil with her in a squeeze bottle and applied it to the floor herself. The woman then began to act like she didn't speak or understand English after. It was bizarre.

6. In my state we have this thing called Victim's Compensation.

An oversimplification of how it works goes as follows: If you are the victim of a crime, and suffer some form of injury (e.g. psychological, physical, etc.) you can apply for a payment from state funds. If you are the perpetrator of one of those crimes (e.g. an assault, robbery, pedophilia, etc.) an order can be made for you to pay the state back an amount relating to that victim's compensation.

I had a client who felt the process of being convicted for assaulting his relatives, and having to pay victims compensation back to the state was arduous... and therefore, he should be receiving victim's compensation from the state.

7. A client came in and said "Someone has been robbing my checks for 15 years." Huh? He then showed me his paperwork. (continued...)

When I say paperwork, I mean crinkled, folded, balled up, garbage that I needed to decipher. When I got to his "checks" (pay stubs) I said, "You have checks - you get paid. No one is robbing you."

He bluntly said "Someone named Stu is taking money out of my checks. I want to sue him."

I look deeper and see nothing about he is talking about. Then, on one pay stub I see "Deduction - SCU." It dawned on me immediately.

I said "that's not Stu -it's an abbreviation for Support Collection Unit. They take money for child support."

He looked at me blankly and said, "Child support? I ain't got a child."

As I started to ask my next question, he said "I had a child. But that was a long time ago. Like 10 years."

I said, "You have a ten year old child?"

"In NY, you have to pay for them until their out of college. 22 years."

He was flabbergasted. More because he couldn't sue Stu than anything else.

8. I tried to explain to the client why he needed to fill out the intake questionnaire. I was explaining that I need information such as their name, address and date of birth in order to draft paperwork. Their response:

"Why do I have to do this!? What did I even hire you for!? You're useless! If I have to do all this work I might as well represent myself." They were super pissed and stomped out the front door.

Sorry, I don't magically know your date of birth. The questionnaire is about 2 or 3 pages long and also requires other information such as previous names, Social Security Number, children's names, etc.

9. Bankruptcy attorney here. If you know you're coming to my office to file bankruptcy, do not make major financial decisions before you talk to me. You want examples? (continue...)

Don't cash out your 401k. Don't your family members the money you 'owe them'. Don't buy a car with no intention of paying off the loan.

The court allows you to discharge your debt and the only thing they ask is for you to be honest and not sneaky about it. You gotta respect the process.

There is no reading of the will! At no point will you and all your relatives be called to my office to sit and watch a video or have me tell you how it's going to go. (Unless you want to pay me $500 in which case I'll gladly use my reading skills to read aloud the will that you've brought to my office.)

Contrary to what you might think I do not, in fact, have a copy of Grandma's will. I did not write it and you don't know if she had one. You have to dig through Grandma's hoarder house, or again at $350/hour I'll do it for you.

Tupperware is not worth fighting over. I'll take your money and laugh all the way to the bank.

Your brother didn't "steal" your mother's things. He moved her in with him when your dad died because you live 3 states away.

The stuff that was in his house is not now "half yours" because your mom lived there. It was his and it's still his. You are not entitled to his flatscreen because "mom used it and you have a sentimental attachment."

11. I represented a client charged with having sex with a 17-year-old. He had a large number of...'explanations' for the various evidence in his case that I had to explain would not be a good idea to testify to or argue to the jury. (continued...)

The KY Jelly you purchased with the teenager at WalMart was not for applying to an undiagnosed skin condition on your chest.

The hundreds of pages of internet chat logs prior to traveling hundreds of miles to meet the teenage, consisting of repeated explicit sexual overtures, emotional manipulation, lies about your age and wealth, and specific plans for how you would remove him from his parents home were not "meaningless banter."

The fact that you had an active prescription for Viagra does not mean you are "asexual."

The semen matching your DNA did not find its way onto the body of this teenager because of your medical condition that results in "leakage" and the fact that when you are staying in a hotel room, you do not lift the toilet seat when you urinate, which must have resulted in in the material being deposited on the seat and transferred to the teenager when he sat on the seat.

You were not the victim, taken advantage of by the hypersexual teenager for whom you were you merely trying to provide innocent "emotional support"

I had to explain all of these things (and others) many times. I'm not sure he ever actually believed any of them.

12. I once had to explain what a maiden name was.

13. I had a client who thought he won a $20 million European super lottery from that he had never actually entered. (continued...)

I tried to explain that it was a good thing that his family, bank and church wouldn't lend him the $2000 the e-mail said they needed to verify his identity (on top of the several hundred he'd already sent them) and that yes, his priest was right it was a scam.

14. A lawyer can't out-and-out lie. You cant tell your lawyer "yeah I burned his house down and pissed on the ashes" and then expect them to say you were two states away...

15. I often have to explain to my clients that they have to pay me. This is more common than you'd think. For some reason, some people think lawyers are like their personal spiritual guides or fairy godmother.

17. When I was a legal intern at a criminal defender's law office, we had a client who was charged with murder. We explained to the client not to make any phone calls saying anything incriminating because it will be recorded.

Where prisoners can use the phone there is a GIANT SIGN that says "PHONE CALLS WILL BE RECORDED". On top of that, before you are able to call out, there is an automated recording that tells you that all calls are being recorded and monitored (unless it is to your attorney, which are covered by privilege).

Nevertheless, the client made a call to his girlfriend that evening asking her to hide the gun. Idiot.

18. Don't signal to the judge you need to use the restroom during your trial by making eye contact and vigorously nodding while urgently pointing at your crotch. you should tell your lawyer and let her take care of it. You should definitely not make a "break" for the door...

19. I had to explain to a client why their ex-husband could travel with their child to Florida without obtaining a passport. As in, I had to tell them that Florida was part of the United States.

20. A client called me this past memorial day and I asked why she was calling me on a holiday, she replied that she didn't think Jews celebrated Memorial day. Never thought that I would have to explain that to anyone.

Yes I am Jewish; no I never told her I was Jewish.

Given that the courts were closed and her case was a paternity and child support matter, I thought it had to be quite the emergency. It was not. She just wanted to ask whether the suspected father was required to take the DNA test ordered by the court. I then had to explain what paternity meant.

21. I was contacted by a couple who had paid for a trip to see the midnight sun in Northern Norway. They wanted to sue the travel agency when they found out it was the same sun as always.

I had to explain that there's only a single sun, and that they can't sue a travel agency for selling a midnight sun trip.