People Describe The Scariest Thing They've Ever Experienced In Their Life 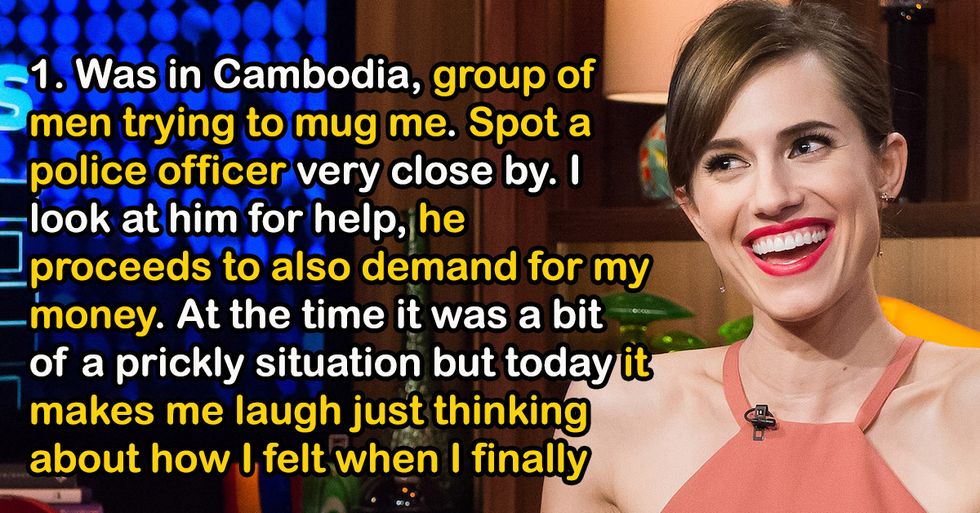 Most people can be very guarded because of their vulnerabilities, even if you think you know them really well.

These disconcerting memories or character traits are better left undisclosed, for they can be painful for individuals to revisit or acknowledge.

On the other hand, opening up about these disturbing facts can also be therapeutic as long as they are revealed anonymously.

People Break Down Their Craziest 'WTF Did I Just Watch?' Movie Experience

In some cases, we are so moved by what we just saw, that we are sobbing so loudly, we're getting concerned looks from our fellow moviegoers.

In other cases, we waste no time in leaving, as we have just spent two hours or so of our lives we'll never get back again watching something which could have been made by second graders.

And then, there are the times when we leave the theatre, and all we can think is, "what the f*ck?"

Not necessarily because it was bad, but because we can't process exactly what we just saw.

It could be something we can appreciate more over time, with repeat viewings... how many views did it take you to fully understand Inception? Be honest!

Or, we are befuddled beyond words as to how such an inane, amateurish creation ever saw the light of day.

Franklin D. Roosevelt once famously said, "the only thing we have to fear is fear itself."

Words of encouragement to all Americans during his inaugural address, as America was in the midst of the great depression, with countless people having lost their jobs, their homes, and even their will to live.

While America did, indeed, bounce back, it hasn't stopped people from constantly living in fear.

Sadly, we're not talking about unfounded fears, such as ghosts or superstitions.

Unfortunately, there is plenty to be afraid of in this world, and horrifying evidence to prove it.

Every generation has its own trends.

As a millennial, I’ll be the first to admit we had our fair share of silly or stupid trends.

Remember the cinnamon challenge? Or all the Harlem Shake videos? We were not the brightest crayons in the box.

Those who belong to Generation Z think we were pretty stupid too, but everyone else thinks Gen Z have their fair share of weird trends. Tide pods, anyone?

If we turn to Reddit, those Gen Z trends can be easily identified.