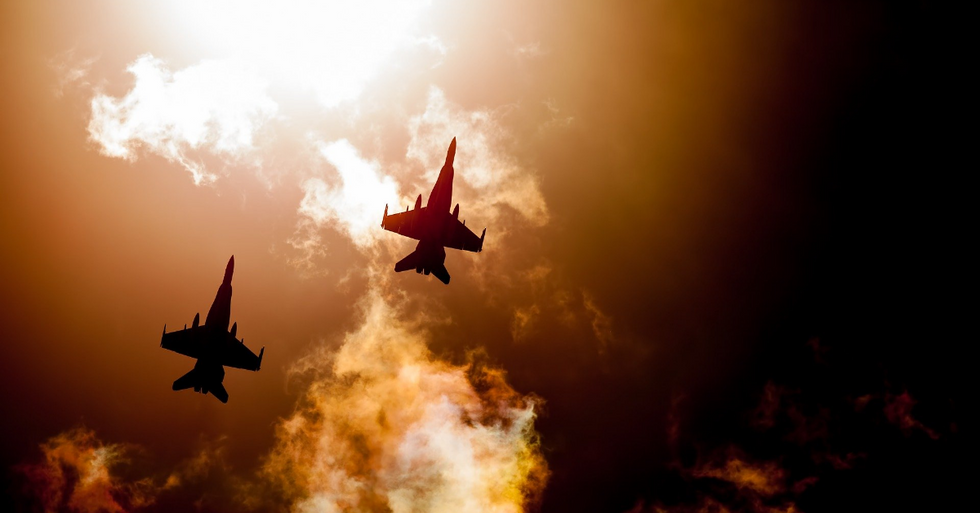 The world's governments have done some horrifying things, both during war and peace times.

Many of the worst of these didn't come to light until the documents about them were declassified.

"What are some declassified government documents that are surprisingly terrifying?"

The Pentagon papers and the Afghan Papers.

The former show that President Johnson deliberately lied to the American people and Congress about the Vietnam war and conducted an illegal, secret bombing campaign in Cambodia. A country we were not at war with. To this day unexploded ordinance still kills and maims Cambodians.

The Afghan papers show that: "U.S. policy under presidents George W. Bush, Barack Obama and Donald Trump failed to bring peace and modernization to Afghanistan, but also that policymakers were aware that such an outcome was unlikely — all while emphasizing progress in public."

Take a look at a bunch of nuclear accidents. We have lost bombs, left security for launching them so lax that pizza delivery guys have shown up and nearly bombed ourselves...

The Katyn Forrest Massacre. After the joint invasion of Poland by Germany and the USSR, the Russians executed 22,000 Polish officers and buried their remain in mass graves in the Katyn Forrest. Years later, some of the bodies were discovered. The Soviets decided to cover up the atrocity by claiming it was the Germans that did it, based on a German pistol found in the area. Many people had their doubts but this was the Soviet Union, you couldn't just openly question the state. Just before the collapse, the truth was finally revealed.

15 file cabinet drawers were filled with paperwork detailing the FBI spying operation on Dr. Martin Luther King Jr.. Detailing just how far the FBI is willing to go to discredit a single man simply because the director doesn't like his politics. Similar, yet more refined, harassment has been used on others since then - usually resulting in people losing jobs, homes, family, friends and sometimes even requiring they flee the country in order to escape FBI harassment.

COINTELPRO was a series of covert and, at times, illegal projects conducted by the United States Federal Bureau of Investigation (FBI) aimed at surveilling, infiltrating, discrediting, and disrupting American political organizations. FBI records show that COINTELPRO resources targeted groups and individuals that the FBI deemed subversive, including feminist organizations, the Communist Party USA, anti–Vietnam War organizers, activists of the civil rights movement or Black Power movement (e.g. Martin Luther King Jr., the Nation of Islam, and the Black Panther Party), environmentalist and animal rights organizations, the American Indian Movement (AIM), independence movements (such as Puerto Rican independence groups like the Young Lords), and a variety of organizations that were part of the broader New Left.

The story of how this became known to the public is absolutely fascinating! Four or five people basically walked into an FBI office, and looked important enough that no one cared, and then snuck in at night and just stole all the s*** they could fit in a bag. They kept seeing this weird word "COINTELPRO" and they were like "coin telpro?. Then, they sent it to a journalist, where shit got wild, and the FBI had a meltdown. They wrote a book about it, but (I wanna say the NYT mad it?) there's a really good video on YouTube with interviews from the people who actually got the documents.

not a clue if it were declassified, terrifying? maybe, disgusting? yes

Unit-731 - Japanese testing on people, kidnapping, amputations and reattaching limbs to different parts without any anesthetic to name some stuff they did.

The Japanese colonel in charge traded his research results (which were largely useless) with the Americans for amnesty. He died without any form of punishment.

Operation Northwoods; A plan for a false flag operation that came from the Joint Chiefs of Staff and Department of Defense in 1962 and given to JFK who turned it down. The plan called for the CIA to commit terrorist actions against US Civilians across the United States and frame Cuba, allowing us the right to invade and depose Castro and the communist government there. It was declassified and can be found online at the JFK Library. Terrifying that no one knows or seems to care that this was suggested by our government to the President.

Project Sunshine, where the US Government bought remains of dead infants, to test for radiation. When they took limbs from them, the parents were never told. One mother wasn't allowed to dress her daughter for her funeral, because doctors had removed her legs, and didn't want her to find out.

Project 100,000. In the early years of Vietnam, Robert McNamara, created Project 100,000 as a way to draft those who previously failed to meet military mental and medical standards. This included a lot of Americans with an IQ below 70. Majority of these men didnt have above a 9th grade education and were, in a sense, a lot like Forrest Gump and Gomer Pyle. Because of obvious learning disabilities and difficulty understanding these "Morons" were mostly given jobs on the front lines of the war.

It was worded as a service project and they were told it would help them gain skills needed to live a better life after the service. In reality they were cannon fodder for the DOD, and died at a much higher rate than their nondisabled counterparts. These men largely couldn't read, wrote, or understand why they were in Vietnam or what they were there to do. They suffered more cases of Post Traumatic Stress, lower unemployment rates, and higher rates of divorce and suicide than non NSM veterans. Very sad story of the government taking advantage of it's own citizens

People Divulge Which Secret They Most Regret Sharing With Someone

Secrets are heavy. Holding a problem or discomfort inside seems to have its own extra dose of gravity. It feels lonely and usually, the best and only way to lighten that load is to get out.

We tell someone we trust the secret and we feel a little less lonely, and suddenly it doesn't all seem so heavy on our shoulders anymore.

People Explain Which Of Humanity's Accomplishments Still Blow Their Mind

These days, the deep flaws of humanity are on full display.

Look at the news for just a couple days and you'd concluded that inept leadership, chaotic conflict, disinformation efforts, and environmental violence would appear to be the primary indicators of humanity.

Keep reading... Show less
humans
You May Also Like
Trending

People Share Their Worst 'Man, They Don't Know Me At All' Gifting Experience

People Share Their Craziest 'F*** This, I'm Out' Experience