Things People Miss Most About The 1990s

Kids' Best 'Weird Flex, But OK' Moments According To Parents

Why Steve Jobs Chose Not To Treat His Cancer. According To A Surgeon. 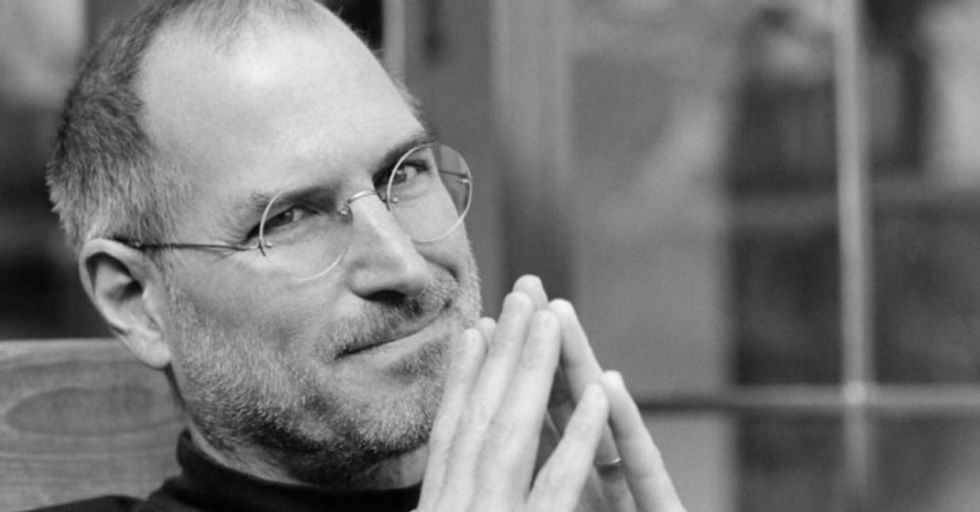 Being the richest man in the cemetery doesn't matter to me. Going to bed at night saying we've done something wonderful, that's what matters to me.

This was a response by Ramzi Amri, MD, PhD. Postdoctoral Fellow in Surgical Oncology, Harvard Med and Mass General, on Quora. Link to original source at the bottom of this article.

I hesitated a long time before addressing this topic, but now that someone asked me to, I'll just do it. To avoid any risks of bias, let me start by stating that all the details on Jobs' specific case are based on secondary sources, albeit from reliable sources in the media. I write this on a personal title, I do not pretend to know anything about the case on a personal level and I never participated in the care of Mr. Jobs. I base all my cancer figures on sources from bio-medical research known to me.

I respect the privacy of, and in no way wish to offend, anyone mourning his passing. I have the profoundest respect for Mr. Jobs and his legacy but I feel that in the spirit of his progressive view of the world, learning from his case is an appropriate way to look back on the facts concerning his life and legacy.

I have done 1.5 years of research on the type of tumor that affected Steve Jobs as a medical student in Amsterdam and have some strong opinions on his case, not only as an admirer of his work, but also as a cancer researcher who has the impression that his disease course has been far from optimal.

Let me cut to the chase: Mr. Jobs allegedly chose to undergo all sorts of alternative treatment options before opting for conventional medicine.

This was, of course, a freedom he had all the rights to take, but given the circumstances it seems sound to assume that Mr. Jobs' choice for alternative medicine could have led to an unnecessarily early death.

First, let me clarify a few things about his disease:

The big confusion in the media is that Jobs had pancreatic cancer. Though his tumor might have originated in his pancreas, we're not speaking of the dreaded pancreaticadenocarcinoma that has such a horrible prognosis and makes up for 95% of pancreatic tumors.

Jobs is cited to have said himself that he had an islet-cell tumor, which is a colloquially used, less accurate name for the other 5% of pancreatic tumors, so-called neuroendocrine tumors.

In my series of patients, for many subtypes, the survival rate was as high as 100% over a decade.

Neuroendocrine tumors caught in time can be treated just by surgically removing the tumor.

This is a relatively low-risk treatment that -- especially compared to chemo and radiation -- has negligible disadvantages. In many cases, a simple enucleation (just cutting out the tumor with a safe margin around it) is enough and leaves no residual side-effects.

Now, about this specific case:

Jobs had many favorable factors that indicate an early surgical treatment could have been curative.

Mr. Jobs said himself that they caught the tumor early. Early in GEP-NETs means in many cases that surgically removing the primary tumor without additional removal of organs is a curative with a low chance or recurrence.

The tumor was located at a relatively clement site, the pancreas.

The tumor was allegedly an insulinoma, one of the best treatable subtypes of GEP-NETs.

The tumor was probably well-differentiated. Mr. Jobs spoke of a hormonal imbalance, this points to a tumor that keeps its endocrine function, which is an general indicator of good differentiation. Well differentiated tumors are less prone to metastasize and grow rapidly.

... but not treating the most innocent cancer can still cause it to go seriously bad.

I'm currently reviewing hundreds of colon cancer cases, and about 25% of them start with a patient that comes with a history of polyps. Polyps are small benign little growths in the lining of the intestine. They are absolutely harmless at first, yet slowly but surely, over years, they lose more and more of the above mentioned "differentiation" and some eventually turn to a malign colon cancer.

In fact, it is supposed that all colon cancers start as a polyp.

These 25% had polyps removed, but were unlucky enough that between two colonoscopies, some other polyp found the time to grow into a real cancer. That's also why screening -- and going there on time -- is so important.

This illustrates also why leaving even the most innocent malign tumor to grow is just a foolish thing to do -- a ticking time bomb.

Jobs was a hippie back in the day, and a conventional medicine skeptic now. His reaction to the disease gave the disease time to spread.

Many mainstream media, including CNN, stated that Mr. Jobs might have spent as long as two years without proper (conventional) treatment.

While Mr. Jobs was trying all sorts of alternative medicine that I won't even bother to go through, as their failure is now sadly irrefutably proven, his tumor grew, and grew, and grew...

and then it somehow grew beyond control.

Jobs waited so long before seeking normal treatment that he had to undergo a Whipple procedure, losing his pancreas and whole duodenum in 2004. This was the first alarming sign that his disease had progressed beyond a compact primary to at least a tumor so large his Pancreas and duodenum could not be saved.

Jobs seemingly waited long enough for the disease revealed to have spread extensively to his liver. The only reason he'd have a transplant after a GEP-NET would be that the tumor invaded all major parts of the liver, which takes a considerable amount of time. Years, in most neuroendocrine tumors. It could be that this happened before his diagnosis, but the risk grows exponentially with time.

We then saw the tumor slowly draining the life out him. It was a horrible thing to see him lose weight and slowly turn into a skin and bones form of himself.

Yet it seems that even during this recurrent phase, Mr. Jobs opted to dedicate his time to Apple as the disease progressed, instead of opting for chemotherapy or any other conventional treatment.

As for the "why?" question:

Every patient has another view of his or her disease and the priorities for the treatment, or how much suffering and risk they're ready to endure as a trade-off for a higher chance of getting cured.

For most people, the trust in their doctor's intention to treat them is near-absolute. We encourage patients to inform themselves on the subject and stimulate personal choices, but the extent to which people can go through all the technicalities and the enormous pile of medical evidence is limited not only by the level of understanding of this specialist knowledge, but also simply by the sheer time it takes to inform oneself about this.

Now, Mr. Jobs always was a free thinker, a strong believer in spirituality, a vegetarian and a known skeptic of conventional medicine. He chose to reject conventional medicine altogether for a while. He's not alone in that. We come across many people like this and we all know someone in our midst that uses homeopathy or has this known fear of anything "chemical" (to those I always say that everything is chemical, if you think dihydrogen oxide sounds scary you should stop drinking water). Individual freedom of thought and choice is a cornerstone of our modern society and the medical world makes no exception.

It's always an ethical puzzle if a patient chooses alternative treatment that we know from fact will not work. Yet, as long as the person is mentally sane, we cannot force them to choose a working treatment, even if it means their death. Sadly, even for one of the greatest personalities of the last 100 years, there will be no exception, and badly treated cancer is just as deadly for him as for anyone else...

Thanks to Ramzi Amri, MD, PhD. Postdoctoral Fellow in Surgical Oncology, Harvard Med and Mass General for answering this question on Quora.