People Break Down Which Overhyped Foods They Just Don't Understand

Stories From A High End Nightclub Bouncer. Behind-The-Scenes Is Wild. 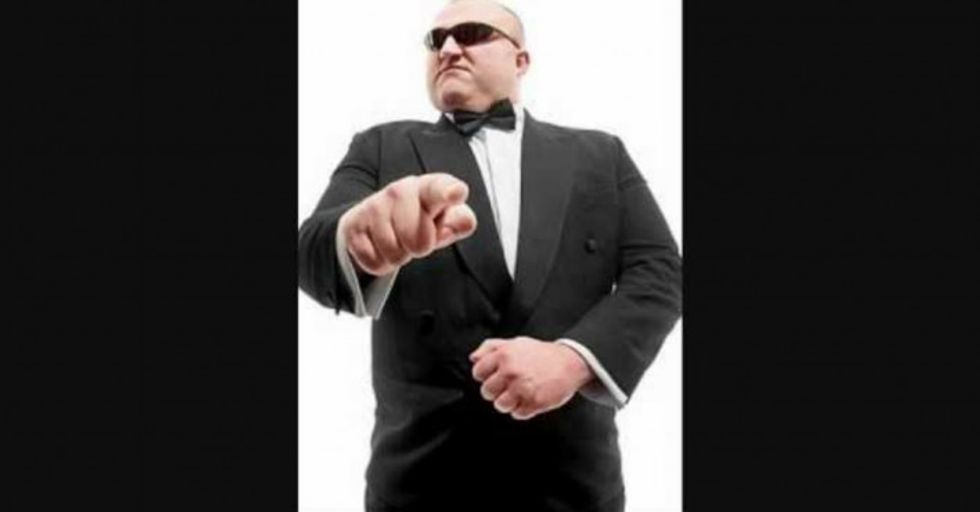 Being a bouncer at a night club, you have to deal with a mixed bag of people. Most of those people are out for a good time, to let loose, and have fun. But sometimes those plans go overboard. Who steps in? The bouncer.

Thank you to Alden Tan, a former bouncer at a night club who shared his behind-the-scenes story with us.

1) Celebrities can be real assholes

Even if you see them on TV putting up some sort of good guy or good girl persona, they can be total pricks in person.

The thing about clubbing is that people want to go in to have a good time, and by good time, it means having a sense of self-importance and thinking you deserve respect automatically without any kind of real credentials.

So, celebrities can be really nasty in clubs. I've seen how they treat us customer service staff. They can start shouting and demanding for stuff even though it's completely unreasonable.

A friend of mine was screamed at and threatened to be fired because he didn't recognize her. None of us did actually. Nobody gave a damn about her boring sitcom or whatever it was.

2) A lot of celebrities are deeply insecure people

So you know how alcohol releases one's inhibitions and get people to act out who they really are, in the worst possible way? That applies to celebrities, too.

I once saw a celebrity, a beautiful and well known female, drunk off her mind at the back area. She seemed to have had a squabble with her friend then and she started shouting about how she wanted to kill herself.

If that's not deep insecurities, I don't know what is. I'm guessing the pressures of the media and work get to celebrity people.

3) People will use money to get their way, no matter what

As said, in a club, it's all about wanting to have a good time by looking good.

And you look good if you appear to be rich. So people buy a tons of drinks.

Most rich people inside would use this to get their way even though they're in the wrong. Let's say they need to exit through another entry way because it got crowded as anything. They wouldn't want to. They'd literally scream, "I paid $1000 tonight! I demand to see your manager!"

Go figure. This is very, very common in kids with rich mommies and daddies. Goes to show how some of the younger generation are growing up today.

4) The ones who LOOK like hooligans, thugs and gangsters are the most polite

I'm not a mind reader. I can't tell who's really in a gang or not, but a lot of people would judge somebody to be in one if that person has a shitload of tattoos or piercings.

These are the girls and guys who are actually the most polite. I loved receiving them. They rarely gave any problems.

My guess is they've been through their fair share of shit or worked in the service line before. Thus, they've learned to respect people.

Continue to the next page for more confessions from a bouncer!

It's honestly a really grisly sight to see someone beaten up and bleeding all over the place.

You may think that justice would be served. It's as simple as calling the police right?

Nah. Anything can happen right after the altercation itself.

The assailant may have ran off quickly.

The victim may be too drunk to remember anything.

Whatever it is, nobody wants extra trouble or headache. Getting the police involved is the last thing anyone wanted. Whether you take that as a good or bad thing is up to you.

6) Oh, and fights happen for the dumbest reasons

Guy A walks by Guy B and accidentally bumps into him.

Guy B turns around. It is crowded. He only sees Guy C.

7) You may or may not want to respect a rich, asshole VIP

After I quit, I actually got to know some of the rich, VIPs inside.

They actually seemed normal people despite some of them being really rude to the service staff.

I found it to be a really quirky phenomenon.

It seems that rich people have it in their heads that they get to be assholes because they work really hard to be where they are today.

And they do work hard! They've all the values and principles required for success. You can't help but respect that.

So that's the funny thing about life. People are truly not what they seem.

Hopefully, you aren't on the receiving end.

8) Cheating happens all the time inside

I once had a customer walk up to me. He was smiling awkwardly to himself. Out of nowhere he told me, "Oh man! Both my wife and mistress are inside!"

And he didn't really seem that panicky. I think he has cheated to the point he knew how to get out of it or he just didn't respect women at all.

Cheating is very common inside. The boyfriend, girlfriend, wife or husband just doesn't have to be there.

9) Then again, there is justice

I heard of a case where an asshole VIP got into a fight. He broke a bottle and used it as a weapon. There was blood.

I think the police were called and everything. Next thing I heard, that dude escaped to another country, probably fearing for his life.

There you have it. You can't get away with everything just because you're rich or good looking.

There's all I have man. The wonders of a club. Just have fun. Stick to your own friends and be safe.

As kids, we refused to believe the fact that Santa Claus or the Easter Bunny didn't exist.

Maybe we were afraid that once we accepted the reality, the magic would be one–which one might argue is exactly what happens.

People Describe The Most Horrific Acts They've Seen Someone Commit

In violent movies not based on the supernatural, we often see people committing unspeakable acts of horror.

When I was little, my favorite thing in the world were Gems. They were a kind of hard shell candy with chocolate inside. A pre-curser to M&Ms, they're probably what gave way to my M&M obsession in the first place.

I only ever had access to Gems in India, so I was excited when my family went there on vacation. Wanting to have my favorite candy again, that was what I looked for the first time we went grocery shopping. To my dismay, I found out Gems were no longer being made.

While this incident with Gems took lace a couple of decades ago, this is a modern age thing as well. Just a few years ago, Hersey's bought Cadbury and the classic Cadbury chocolate my friends and I grew up with became a thing of the past.

There are lots of food from our childhood that were either discontinued or rebranded with a new recipe. These foods were an integral part of our childhood, and many of us would like to see out old favorites make a comeback.

Curious about what these old favorites actually were, Redditor knumbersix asked:

"If you could have any rare, no longer available food from your childhood, what would it be?"

Most of us were taught that nobody loves a braggart or a show off, but let's be honest: if we don't celebrate ourselves, who will?

Weirdly, the answer seems to be "strangers on the internet."