Cashiers Break Down Which Items Cause Them To Silently Judge Customers

Experts Who Have Been Challenged By Amateurs Explain What Happened

45 Surprising And Fabulous Facts About The Beatles! Come Together, Right Now... 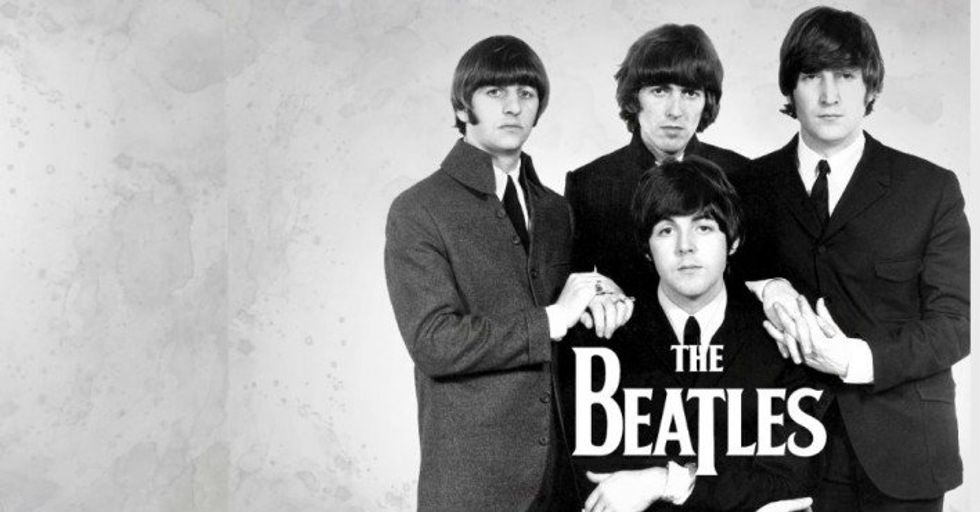 At the end of the Beatles, I really was done in for the first time in my life. Until then, I really was a kind of cocky sod.
-Paul McCartney

1/45. For the week ending April 4th 1964, The Beatles held the top 5 slots of the Billboard Hot 100. They also had another seven positions lower down the chart. One week later they still had three discs in the top five and a further 11 slots within the Hot 100.

2/45. 20 August 1969 was the last time that all four Beatles recorded together, they finished I Want You (Shes So Heavy).

3/45. Strawberry Fields refers to a Salvation Army home near to where John lived in Woolton, Liverpool, except that the place has no s on the end; it is Strawberry Field.

4/45. On the Help! album sleeve the semaphore letters that the four Beatles are spelling out with their arms does not say H E L P, but N U J V.

5/45. They used to be known as The Silver Beetles.

6/45. From the starting to record Sgt Peppers Lonely Hearts Club Band until it was completed took 129 days and 400 hours studio time.

7/45. Sgt Peppers Lonely Hearts Club Band established the trend for artists to include their lyrics within the LPs design.

8/45. The Beatles have been named, collectively, as among the 20th Centurys most influential people.

9/45. Among the food and drink mentioned in Beatles songs are eggs, onion, cornflakes, honey, coffee, marshmallows, cherry, truffles, ginger, pineapple, honey, octopus, turkey, marmalade, cocoanut fudge, tangerine, strawberries, mustard and pies. But there are no scrambled eggs, which was Pauls original working title as he was composing, Yesterday.

11/45. The BBC banned I Am the Walrus because of the reference to 'knickers' in the lyrics. The BBC also banned Lucy in the Sky with Diamonds, Fixing a Hole and A Day in the Life because they decided they all referred to drugs.

12/45. The band bought Greek island Leslo, surrounded by four smaller islands (one for each Beatle), for 95,000 in summer 1967. They sold it a few months later, bored with the idea.

13/45. Worried that no-one would understand their Liverpudlian accents in 1964 film 'A Hard Day's Night', US music execs considered dubbing them over with American actors. McCartney harrumphed: "We can understand a f***ing cowboy talking Texan!"

14/45. Lennon and McCartney once started work on a play called 'Pilchard', about a bloke who thought he was God, but never finished it.

15/45. When Bob Dylan first heard 'I Want To Hold Your Hand', he decided The Beatles must be groovy drug-inspired folk and mistook the line 'I can't hide' for 'I get high'.

16/45. John Lennon didn't like his own voice and wanted to sound like Elvis. He begged producer George Martin: "Do something with my voice! You know, put something on it. Smother it with tomato ketchup or something. Make it different!".

17/45. In an early interview George Harrison let slip that he liked jelly babies. Consequently, he was pelted with them at gigs for years afterwards. This could be painful, especially in America, where jelly babies weren't available - so fans threw harder jelly beans instead.

18/45. Last year The Pope forgave Lennon for his infamous 1966 statement "we're bigger than Jesus". The Vatican decided it was merely a "boast by a young working-class Englishman faced with unexpected success".

19/45. John claimed he had named the band after a vision in a dream, saying a man appeared "on a flaming pie," saying, "You will be Beatles with an 'a'."

20/45. Paul, a Catholic, was inspired to write 'Maxwell's Silver Hammer' by the Vatican ritual where a cardinal bangs the late pope on the forehead five times with a silver hammer to make sure that he is dead.

21/45. The line "I am the eggman" was allegedly inspired by The Animals' Eric Burdon's predilection for cracking eggs on his lovers' naked bods.

22/45. Ringo Starr originally wanted to be a hairdresser.

23/45. After decades of maintaining that 'Lucy In The Sky With Diamonds' was not inspired by LSD, a few years ago Paul did 'fess up about the song's druggy origins, saying it's "pretty obvious" the song is about an acid trip.

24/45. In early 1963 the band claimed to have already written over 100 songs. Paul said: "We have such a fairly easy job thinking up tunes these days. If we think up a tune very quickly we know we've got a hit."

Can't get enough of The Beatles? More on the next page!

26/45. The street signs for the actual Penny Lane in Liverpool disappeared with such regularity (as they did on the real Abbey Road), that the town reverted to simply painting 'Penny Lane' on the buildings rather than have street signs.

27/45. John's song 'Julia', dedicated to his late mother, Julia, and wife Yoko, was the only Beatles song he recorded without the others' help.

28/45. After George got drunk and threw up on the floor in Hamburg, no one would clean it up. As it grew more crusty and disgusting it became known as a "fiendish thingy". Thus George's famous 'fiendish thingy' saying.

29/45. Conspiracy theorists cited the 'Abbey Road' cover as proof that McCartney died and replaced by a lookalike. It apparently shows a preacher (Lennon), undertaker (Starr), corpse (bare-footed Paul), gravedigger (Harrison); and the car reg indicates the age Paul would have been if alive (28IF).

30/45. Legend has it that the Beatles' ill-advised, abortive album sleeve for 'Yesterday And Today' - which depicted the band in butcher's overalls, holding raw meat and slain dolls - was a dig at Capitol's 'butchering' of their records.

31/45. The Beatles started taking drugs in their Hamburg days - back then their drug of choice was speed pills, which they took to give them energy to play several shows a day.

Listen to the color of your dreams... more on the next page!

33/45. It has been argued that The Beatles were responsible for MTV - they were the first group to create promotional film clips to sell their music.

34/45. John Lennon loved cats. He had 10 while living in Weybridge with first wife Cynthia. His mum once had a cat called Elvis, because she was a big Presley fan.

35/45. At one point, Ringo seriously considered emigrating to Texas to become a country musician.

36/45. Before writing 'While My Guitar Gently Weeps', George Harrison randomly picked a book on a shelf, opened it and read the first word he saw. The word was 'gently'.

37/45. All The Beatles were scared of flying, especially George.

38/45. A burst appendix and a bout of pleurisy kept Ringo in hospital for three years as a child.

I get by with a little help from my friends... more on the next page!

40/45. When the Beatles requested Shirley Temple's permission to use her image on the cover of 'Pepper', she was the only celebrity who insisted on hearing the album before granting permission.

41/45. Speaking of the album, Mae West at first refused to let the band use her image on the 'Pepper' sleeve, but gave in when the fellas each sent her a personal note explaining how much it would mean to them.

42/45. 1967's 'She's Leaving Home' angered the American far right, who decided it was a cryptic advertisement for abortion.

43/45. Ringo, George and John left school with no qualifications (although John wangled his way into art school), while a relatively swotty Paul scooped five O levels and one A level.

44/45. Although there is an Eleanor Rigby buried in Woolton Cemetery (where McCartney met Lennon playing in The Quarrymen), the Rigby bit was inspired by the name of an ladies undies shop and the Eleanor after Eleanor Bron, the actress in 'Help!'.

45/45. Though she bought him his first guitar, John's Aunt Mimi discouraged him from a career in music, saying: "The guitar's all right as a hobby, but it won't earn you any money." Years later, John gave her a silver plaque with that quote engraved upon it.

All you need is love! Share this article with someone who LOVES The Beatles!

The Mandela effect is when multiple people share the same, incorrect memory.

Its name stems from when paranormal researcher Fiona Broome falsely believed that the future president of South Africa, Nelson Mandela, died in prison in the 1980s.

A false memory she shared with a number of others.

Our memories have been known to deceive us, as we might frequently forget someone's name or one of our numerous online passwords.

But when we share a memory that turns out to be false with many others, convincing ourselves it wasn't the truth can be a very difficult ordeal indeed.

One last time. One last meal. How do you choose a last meal?

Let's hope we never have to find out. People on death row get that option.

The menu options are almost endless...

Most people have friends they've been close to for most of their lives.

But at the same time, friends evolve, and everyone finds themselves losing touch with any number of people they at one point considered their friends over time.

Most of the time, this isn't intentional, but just simply happens.

On rare occasions though, people might realize that their friends were not exactly who they thought they were, and didn't like who they revealed themselves to be.

People Explain Which Things You Should Never Do In The U.S.

When visiting any foreign country, one should always be familiar with the laws and customs of the land.

After all, what might be generally accepted on your home turf, might be frowned upon, if not illegal, elsewhere.

For that matter, even locals might need a refresher course on what they can and can't do while at home.