30 People Reveal The Moment They Finally Felt Like An Adult. 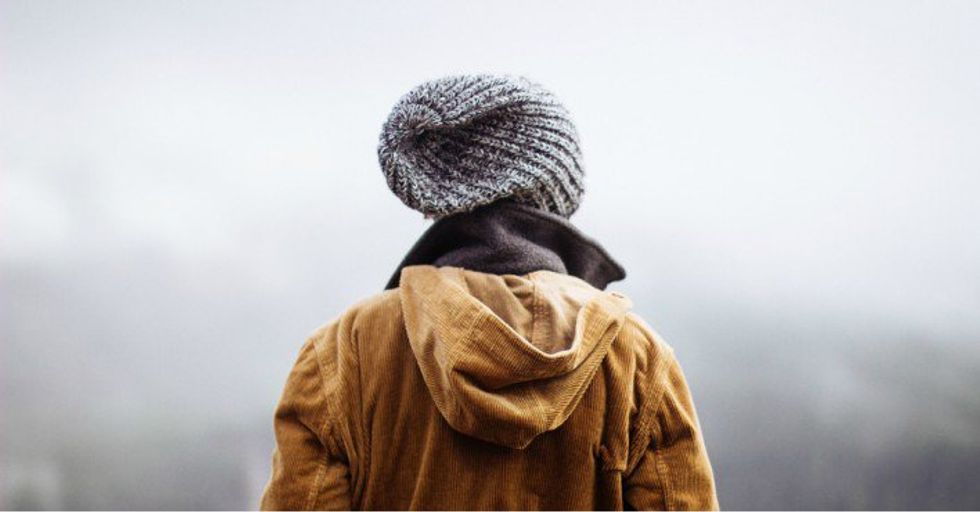 Growing up is a hard prospect how do you know once you're actually considered to be "grown up"? Well these people share stories of the moment they finally felt like they had reached adulthood.

1/30. When my peers started having babies on purpose.

2/30. When I got really excited about a sale on tupperware.

Currently I am sitting in an infusion room at the hospital watching my wife receive her second of five doses of corticosteroids. She, no more than 2 hours ago, found out she has MS. I now feel I am an adult. I have no certainty of her future, our future, and feel like I am absolutely helpless. This is what adulthood feels like. We are now making decisions like when we should tell our family, what treatment options to consider, how can we afford treatments, and where we see ourselves in a decade.

I don't want to be an adult anymore. I want to be twelve years old, ignorant to the world and worry-free in my outlook in life. Being an adult sucks.

4/30. Age 23 - I woke up in my very own studio apartment on Christmas morning and nothing looked any different from when I went to bed.

Obviously I didn't actually believe in Santa at that time... but up until then I went to bed on Christmas Eve with the Tree looking one way and I would wake up to "the presents that Santa delivered".

I spent a lovely day with my boyfriend's family and later that night we traveled to my parent's house - but it's just never been the same. Now that we have a baby the magic of Christmas will return!

5/30. The first time I knew my parents were wrong but I did not correct them because I also knew that it wouldn't be of any use.

More hilarious and heartbreaking stories on the next page!

8/30. When my dad was hugging me, completely hunched over and crying uncontrollably. It was the most haunting noise I've ever heard. I was 17, and this was about an hour after my little brother told my dad that my mom wanted a divorce (because she was too much of a coward to do it herself). I realized at that point that it was time to grow up and be an adult because I wouldn't be able to support my dad and brother if I was acting like a child.

9/30. When my dad passed away and I had to make all arrangements for the funeral and burial. Also, I had to pay for everything. I didn't mind, it sure made me feel like an adult.

I distinctly remember the first time I truly felt like a 'grownup'. It was the first evening my wife and I went out and left our daughter with a babysitter. It dawned on my that we were indeed the grownups from then on.

11/30. When I could no longer wear bugles on the tips of my fingers.

More stories of finally feeling like an adult on the next page!

13/30. When my father and grandfather both approached me for help in family affairs.

14/30. I told an ex who I was friends with that I had made the decision to start dating someone else. My ex started yelling at me, calling me names, and taking it pretty poorly. For the first time I felt no urge to retaliate or fight back. I just told her "I'm sorry you feel that way," went to my car and left. I felt like an adult for standing up for myself in such a way. Pretty lame, I know.

16/30. My dad went in to the ER complaining of pain and shortness of breath. He died of lung cancer a week later. Here's the part that made me feel like an adult:

After a few days in the hospital, my dad decided he wanted to go home and pass away there. After meeting with hospice, I loaded everyone into the SUV and started the drive home. After 4 sleepless days and nights in the hospital, my mom, dad, and sister were exhausted and they quickly drifted to sleep in the back of the car. I was left awake at the wheel to make the hour-long drive home.

(story continued on the next page...)

More stories of reaching "adulthood" on the next page!

While driving it kind of reminded me of vacations as a kid. Everyone would be asleep while my dad drove through the night from Ohio to Virginia Beach or some such destination. Only now, everyone was asleep but me. It was up to me to do the driving because my dad was in the backseat dying. It was a weird moment because for whatever reason, driving while the family is sleeping in the car represented not just adulthood, but being the leader of the family unit. I was 26 at the time, and I knew then that I was now the primary person responsible for the well-being of everyone in that car.

My dad passed away a couple days later, but I felt like I had already assumed his role of family leader on that drive home.

17/30. When I got pissed about the high price of asparagus.

18/30. I was 23 years old, grocery shopping after a long day at work. I walked past the bakery and I thought to myself, "man I'd love to eat some cake right now, but I can't spoil my dinner." So I continued down the aisles looking for healthy food. Somewhere near the tortilla section, it hit me: "I am a grown ass man and I want cake for dinner!" Bought the cake and demolished it.

20/30. When I received my first bill in the mail. As a kid I was so excited to get anything in the mail and always wondered why my mom hated it.

21/30. For me it was a little over ten years ago. I was 17 driving to my girlfriend's house to pick her up for a date, it was Friday evening. I was driving past my great uncle Adolphus's house and noticed that there were a lot of cars out front. On a Sunday afternoon this would be typical, but not on a Friday evening. My uncle had been having medical issues, and I knew that this meant he had either passed or was slipping and people had gathered to pay their last respects.

(story continued on the next page...)

More heartbreaking and hilarious 'realization moments' on the next page!

So I stop to see what is going on and immediately the ladies (in the living room) told me that the men were in the bedroom paying their last respects and to go on back. My dad was back there, along with my other great uncle (Fred), and my second cousin who was in his late twenties. It turns out my Uncle's health was slipping and my dad didn't tell me because he didn't want it to ruin my date. It also seems the other gentlemen knew this.

Great Uncle Fred: What are you doing here?

Me: I saw a gathering, and thought I'd stop by to see if everything was alright.

Great Uncle Fred: Don't you have a date?

The look he gave me wasn't of pride but of respect.

A few years ago, I visited my hometown to hang out with some friends there. Along the way, I passed my childhood home...

And it looked completely different. Re-landscaped, re-painted, re-roofed. They took down the enormous 100+-year-old spruce that dominated the front yard (it had to come down eventually, as it was dying).

In that moment, I realized that I no longer belonged there. That was not my place. My home was where I paid rent. Never have I suddenly felt so alienated from a place.

Being an adult is sometimes bizarre.

24/30. Last month I got really excited over a non-stick pan.

25/30. I'm only 23 years old, but 2 years ago when I walked into a conference room and people much older than me called me 'sir'. I walked out and owned that conference room for the next 2 hours.

More stories on the next page!

26/30. When I had to tell my son, "You'll understand it when you get older." Yeah, that's a mentally scarring day.

27/30. I judge how adult I am by how many prices I can correctly guess on The Price is Right.

28/30. When I bought my own alcohol and the cashier didn't look twice at me.

29/30. I did at 22 after finishing college, because that's when I started living without a single penny of financial assistance from my parents in any form. I'm now not too far from 30 and I still have friends who are on their parents' family cell phone plan, don't pay their own car insurance, etc...

Not everyone is going to believe what you believe. Our own experiences and values add up to make us who we are. Without them, we'd all be the same amorphous blob of consciousness covering the planet in bland beliefs. You hold something in high regard, and that might mean someone else disagrees with you.

Hold your ground, and be ready to die on that hill, kind of like these people.