30 Of The Coolest Behind-The-Scenes Facts From Your Favorite Movies. 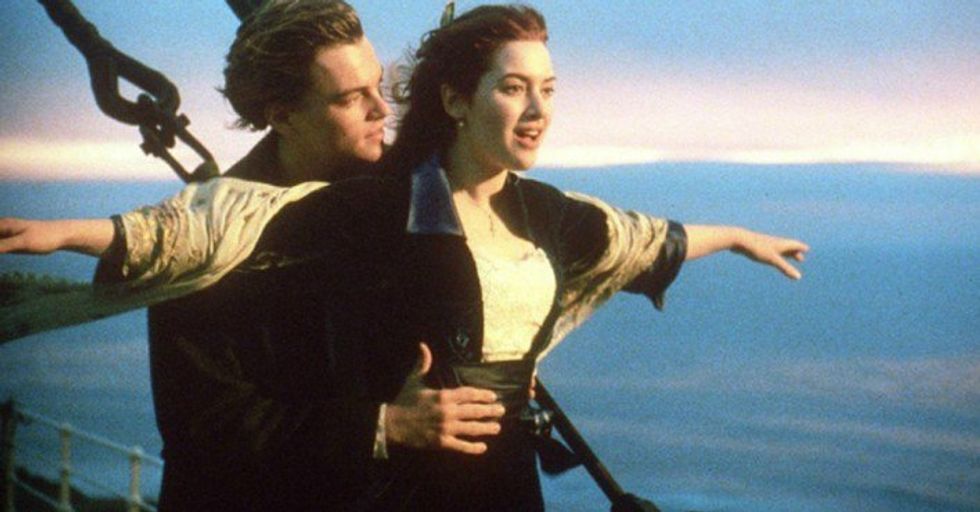 Strange, bizarre, weird, shocking... how ever you phrase it, these behind-the-scenes facts are truly those things.

1/30. To enhance the scale of the Space Jockey in Alien, Ridley Scott filmed his children in miniature space suits.

2/30. The first American film to show a toilet flushing on screen was Psycho.

3/30. Darth Vader has only 12 minutes of screen time in the original Star Wars.

4/30. In Dark Knight, when Michael Caine first met the dark knight, he had lines to say in that scene. However, it was the first time he saw Heath Ledger in character and he completely forgot to say them.

6/30. Sean Connery wore a toupee through all his performances as James Bond.

7/30. In the scene in Home Alone where Harry bites Kevin's finger, Joe Pesky actually bit McCauley Culkin, leaving a scar which he has to this day.

9/30. The slow motion sound effect that you hear in Dread was based on a popular Youtube video of a Justin Bieber song slowed down by 800%.

10/30. Since Western audiences tend to move their eyes left to right, Geoffrey Rush requested that when he was standing next to his better looking cast mates in Pirates of the Caribbean, he be on the far left. Especially with Kiera Knightley.

11/30. The voice of Boo in Monsters Inc., Mary Gibbs, was just a toddler at the time. The production team had a hard time getting her to sit still to say her lines, so they followed her around the studio with a microphone and pieces Boo's dialogue together using the things she said while playing.

12/30. Michelle Pfeiffer had to be vacuum sealed into her latex Catwoman costume. She could only wear the costume for a limited amount of time to avoid passing out.

More bizarre movie facts on the next page!

15/30. For Trainspotting's "Worst Toilet In Scottland" scene, most of the feces was made of chocolate and smelled delicious.

17/30. The director of Cannibal Holocaust had to prove in court that the actors were still alive and didnt get killed during the movie.

18/30. The carpet in The Shining and the second floor of Sids house in Toy Story are almost identical.

Can't get enough? That's okay... more on the next page!

19/30. Ryan Gosling was cast as Noah in The Notebook because the director wanted someone not handsome.

20/30. In Ferris Buellers Day Off, Charlie Sheen stayed awake for 48 hours to achieve a suitably wasted look for his cameo.

21/30. Sean Connery turned down roles in The Matrix, The Lord of the Rings, Jurassic Park, Indiana Jones 4 and Blade Runner.

22/30. To thank Robin Williams for his work on Aladdin, Disney sent him a late Pablo Picasso painting.

23/30. In Harry Potter, Alan Rickman was the only person other than J.K. Rowling to know Snape was defending harry because he was in love with Lily Potter to make his performance genuine.

24/30. Heath Ledger almost broke Jake Gyllenhaals nose by grabbing his head and kissing him too hard in Brokeback Mountain.

Continue to the next page for more.

25/30. When Harry Met Sally: Meg Ryan laughed at the Pecan Pie improv and looked at the director who told her to keep going.

26/30. When filming My Left Foot, Daniel Day-Lewis had to be lifted around the set and spoon fed as he would never leave his wheelchair.

28/30. In 2002, Steven Spielberg finally finished college after a 33-year hiatus. He turned in Schindlers List for his student film requirement.

30/30. Peter Ostrum, Charlie from Willy Wonka and the Chocolate Factory, never acted in another movie after that and is now a veterinarian.

Loved these as much as we did? Don't forget to share!