30 Completely Random And Bizarre Facts About Humans To Make You See Life Differently. 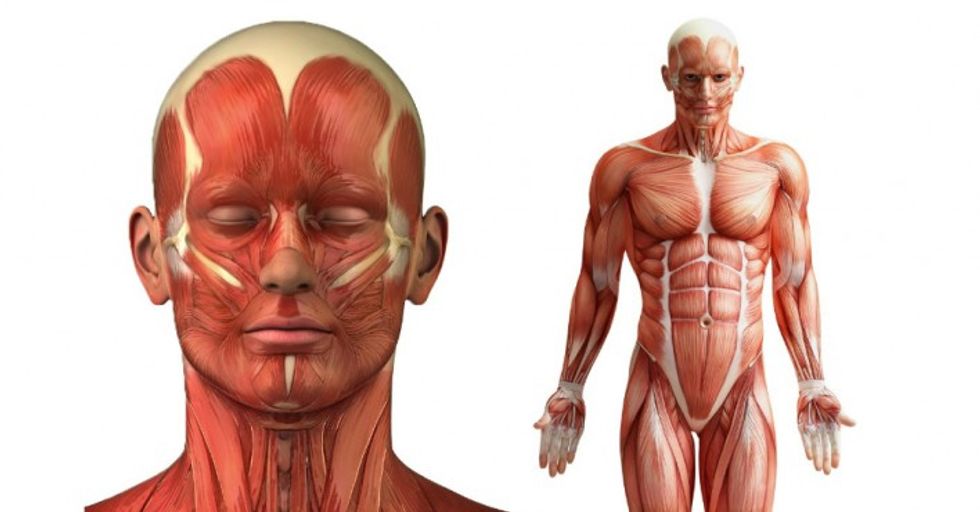 Humans are weird, complex creatures. Despite thousands of years of thinking about ourselves, (because, let's face it, we think about ourselves a LOT), we have yet to understand even a fraction of what makes us us. Below are some bizarre, cool and totally random facts about humans that will hopefully leave with a whole new understanding of your own species.

2/30. The average American spends over 5 months of their life on the phone.

3/30. The brain releases so much dopamine during orgasms that a brain scan resembles that of someone on heroin.

4/30. People who procrastinate may be more likely to have insomnia, a study found.

5/30. Research conducted on comedians and funny people have shown they are usually more depressed than average.

6/30. Parents of new babies miss out on 6 months worth of sleep in the first 2 years of their child's life.

7/30. Your brain keeps developing until your late 40s.

8/30. You have Taste receptors in your stomach, intestines, pancreas, lungs, anus, testicles, and brain.

11/30. The average person spends 3 months of its lifetime sitting on the toilet.

12/30. Men (who are attracted to women) spend almost a year of their lives staring at women, a survey found.

14/30. People with many friends live an average of 3.7 years more than those who are socially isolated.

15/30. Sitting for more than three hours a day can cut two years off a person's life expectancy.

17/30. Most people can survive for up to 2 months without eating, but people can only live up to 11 days without sleeping.

18/30. If everyone in the world washed their hands properly, a million lives could be saved a year.

21/30. Humans and dogs are the only two species known to seek visual clues from another's eyes. And dogs only do it with humans.

22/30. If you announce your goals to others, you are less likely to make them happen because you lose motivation, studies confirmed.

24/30. The type of music you listen to affects the way you perceive the world.

25/30. The key to happiness is spending your money on experiences rather than possessions, according to studies.

26/30. Romantic love is biochemically indistinguishable from having a severe obsessive-compulsive disorder.

27/30. The brain treats rejection like physical pain, according to scientists.

28/30. 68% of the people suffer from Phantom Vibration Syndrome, the feeling that one's phone is vibrating when it's not.

30/30. Research has revealed that left-handed people are affected by post-traumatic stress far more than those who are right-handed.