Stunned People Share The Weirdest Rumor They've Heard About Themselves 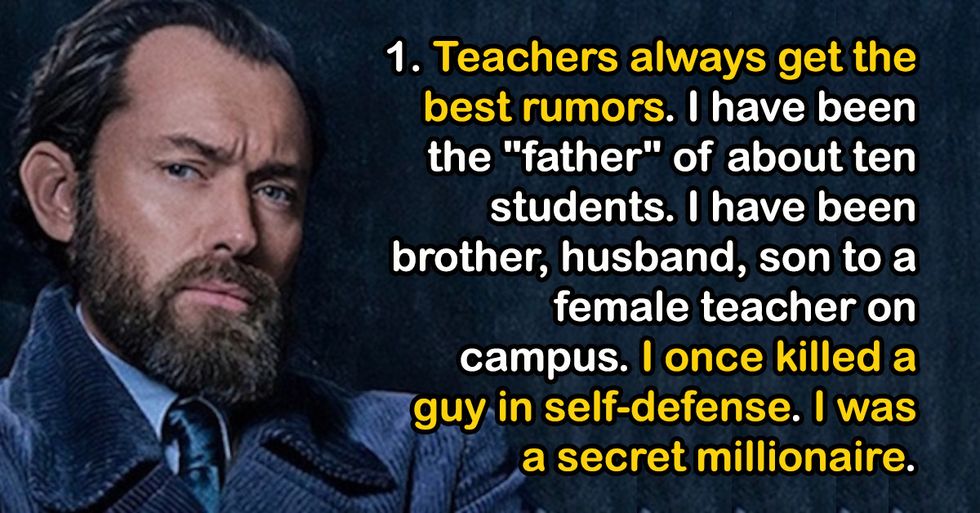 Stunned People Share The Weirdest Rumor They've Heard About Themselves

When you didn't know you were dead

Teachers are the best subjects

When your toes are on everyone's tongue

When you receive unexpected cards

When you wished the rumor actually happened

This is real life

They were meant to be friends

How to stop romance rumors

That is just mean!

We've got a bad boy on our hands

Some rumors are ok to have flying around

[rebelmouse-image 18360590 is_animated_gif=
From Your Site Articles