People Break Down Which Things Are Surprisingly Illegal 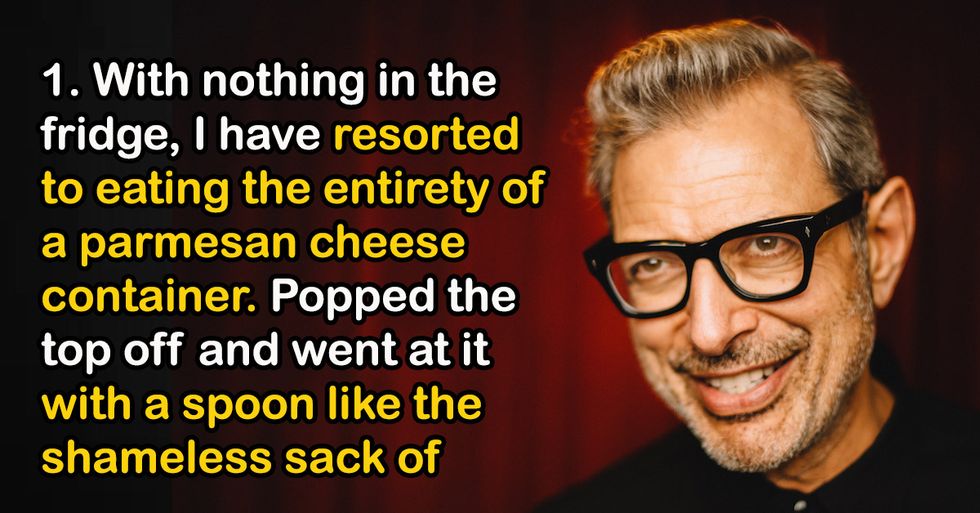 The easy clean up meal

Meals that make you get wild

One pot for life

Whatever is left in the fridge will do

Everything is better fried, so fry everything

The alternatively made meal

A meal with your wing man

Meal in a can, with accessories

Getting the most out of that canned chili

With time comes wisdom and flavor

The meal that never ends

The mark of a great movie is one that you can watch over and over again.

Although, it isn't only great movies that have endless watchability.

Indeed, sometimes the movies we find ourselves wanting to revisit over and over again wouldn't even come close to being on the list of the top ten best films of all time.

But whatever they may, or may not, lack in quality, it's the comfort of revisiting these characters, places, and adventures that make return visits mandatory.

Particularly when we're feeling down.

People Confess Which Wildly Popular Things They Have No Interest In

In every generation, there are certain behaviors that are popular among many people. Sometimes, it's the "cool" thing to do. Other times, people just get swept up in the fad.

When I was in high school, the popular thing was to have the funniest Facebook statuses. In college, it was all the rage to smoke pot. By the time I started my first adult job, everyone I knew was watching -- and theorizing about -- Game of Thrones. In my office, you were ostracized if you didn't watch and discuss it every week.

While there's no shame in being into what's popular at the time if it's something that truly interests you, there's also no shame in choosing not to partake in the popular thing.

Redditors certainly believe that, since they broke down which popular things they have no interest in.

People Confess Which TV Show Cancellations Hurt The Most

To this day, I get sad when I think of the show Freaks and Geeks and how it was unfairly canceled. Have you seen it? If not, you totally should. Many of the people on the show became huge stars.

Seth Rogen? Linda Cardellini? James Franco? That whole cast is a who's who of great talent. Oh, and the writing? Excellent. It's a show that's funny and has pathos.

People shared their thoughts with us after Redditor me_rebirth asked the online community,

"Which TV show cancelation are you still frustrated about?"

Thanks to Google, many of our life's questions can be answered with the click of a button.

But in the digital information age, most of us are never really satisfied with just one definitive answer. Sometimes, there is more to learn as the revelation of one thing can lead to many more inquiries.

Say you're watching a show and one of the actors look familiar but you can't quite put a name to the face. So you IMDB the show and you are finally able to identify the actor after being distracted by the frustration of not knowing who they were.

But then you look at their long list of credits and discover other actors you didn't know were somehow associated with the previous actor in question. So you do more digging.

Such is the phenomenon of going down the proverbial rabbit hole.