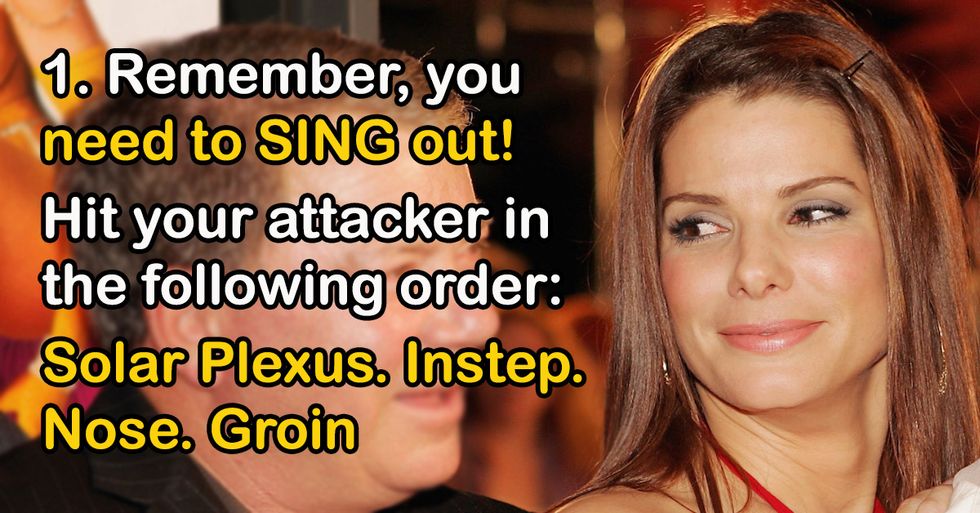 Isn't that something only people in horror movies do?

Go for the eye or the taint

An easy way to remember

Staying away is always a good tactic

Pop them a solid punch!

Knowing your time and space around you

The key is in the ear and hair

You will always be against the odds in a fight

Deny, deny, and deny, and you might get out of it

Your best self defense is your awareness

People say parenting is one of the most rewarding things in life. That all of the lack of sleep, constant crying, and stress is worth it when you see your baby smile. And all of that is true, for the most part.

However, being a parent is hard, and it's not always easy to give that unconditional love. Sometimes, you do your best for your kids and they still turn out to be people you can't really reconcile with.

You'll always love your kids, but sometimes it's near impossible to like them.

"At what point did you realize you don’t like your own kid?"

Have you ever had someone try to comfort you, but ended up feeling worse after what you just heard?

It happens more frequently than people would like, when what were meant to be words of comfort and encouragement end up having the exact opposite effect.

Indeed, sometimes we might be better off, or able to sleep somewhat easier had we not been told a certain statistic or recent study, which paints an optimistic light, but is bad news nonetheless.

Redditor Soupmandog589 was curious to learn what optimistic facts aren't quite as comforting as they seem, leading them to ask:

"What’s a fact that sounds comforting but is actually highly disturbing?"

I love food as much as the next person, but somethings really should just stay on the vine.

So many of the current most popular foods make no sense to me.

Redditormintylye wanted to discuss personal issues with the menu. They asked:

"What food does everyone love to eat, but you don't?"

People Break Down The Disturbing Truths Everyone Has To Accept

Once the allure of childhood wears off, all we have is a hard smack of concrete reality.

Redditor Shutup_Iamtalking wanted all of us to take sometime and prepare for life's harsh realities. They asked:

"[Serious] What is a disturbing truth, every adult has to face eventually?"