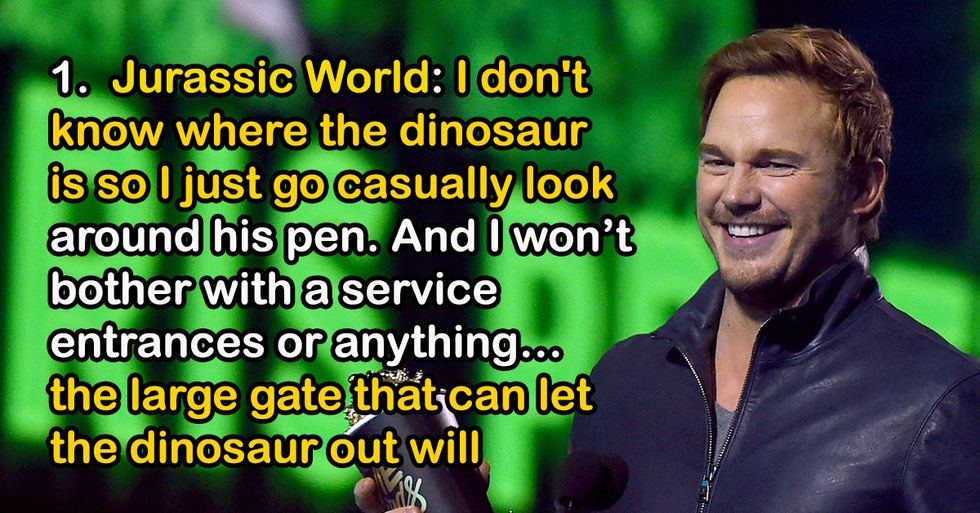 You CHOSE To Go To High School?

The True Threat Of The 'Alien' Franchise Is Dumb Humans

The Fault in Disney

Nothing Wrong With This Except Everything

Then We Would Never Have Known His Name...

It Really Tied The Room Together

Learn To Mind Your Own Business

Is Voldemort Truly That Evil?

Moral Of The Story? Always Go To The Bar

But, What About The Midichlorians?

The Problem With Every Horror Movie...

The Problem With Every Romantic Movie...

And The Man That Started It All...

[rebelmouse-image 18359184 is_animated_gif=
From Your Site Articles