The Worst Patient Conditions Another Doctor Overlooked According to Medical Professionals

People Share Which Things Actually 100% Lived Up To The Hype

People Explain The Pettiest Reason They Broke Up With Someone

People Describe Their Craziest 'One In A Million' Experiences 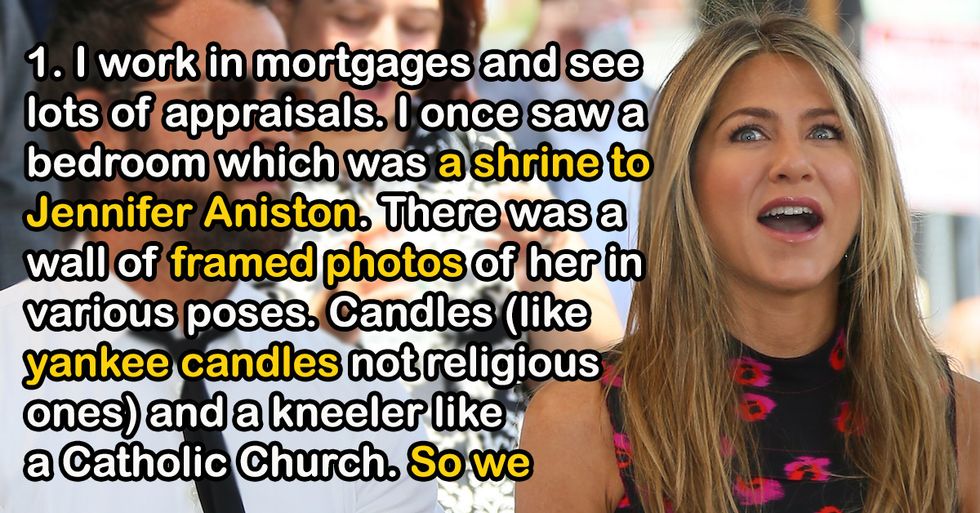 ARE YOU CERTAIN YOU'RE NOT THE A&E SHOW?

THE "HAZARDOUS" THINGS WE KEEP...

HOW HARD CAN IT BE TO SCRUB WITH SOPAS ONCE AND A BLUE MOON?

WHERE'S THE VALUE OF THE DOLLAR?

BLESS IT ALL! JUST IN CASE.

THERE IS NOT ENOUGH MONEY IN THE WORLD!!

I'M NOT MOVING AN ARK.

VHS? DO THEY EVEN WORK ANYMORE?

BLANCHE DEVEREAUX? IS THAT YOU?

THAT'S NOT YOURS IT'S MINE!!

SILENCE OF THE LAMBS : THE REALITY SHOW.

THANK THE LORD FOR XANAX AND THERAPISTS.

[rebelmouse-image 18979776 is_animated_gif=
From Your Site Articles

NSFW Details About Historical Figures Left Out Of History Books

It's very popular to create rumors about certain historical figures to which there is no concrete evidence.

Such as the sexual orientation of Abraham Lincoln or the alleged illicit behavior of Lewis Carroll and Hans Christian Andersen.

Understandably, these mostly baseless, though not necessarily false, theories are left out of history books.

However, there are facts about legends of history which have, indeed, been proven true, but are also left out of history books.

Namely, because it's not the sort of information many would consider in polite conversation, let alone be talked about in schools.

Even if it is no less fascinating than anything else we might learn.

We've sure been hearing the term "conspiracy theory" a lot lately.

And if history has taught us anything, it's that it would do us all good to avoid them altogether as they are rooted in falsehoods tied to clandestine government plans and sinister plots–which, yeah, doesn't sound good.

But like anyone spinning a rumor, people tend to latch on to spurious information that cannot be verified by science or fact because it's just easy to go along with it without taking the time for research.

But there are some conspiracy theories that do make us wonder if there is something to them.

The Types Of Vehicles Only A-Holes Drive

You don't have to be acquainted with someone to know enough about the kind of person they are.

Observing their attitude around people or what clothes they wear can easily give away a stranger's temperament that identifies them as either superficial or genuine.

Of course, being judgmental based on one's appearance is not an unfair assessment. However, you know deep down inside, we all have the predisposition to do exactly that.

Affairs and infidelity are sadly a more common part of life than we care to admit.

People cheat. it seems to be part of the human condition.

Are we meant to be monogamous?

That's a story for a different article.

I say though, if you're going to cheat... have some basic human decency.

Don't cheat with people you all know.

And how are BFFs not automatically off limits?