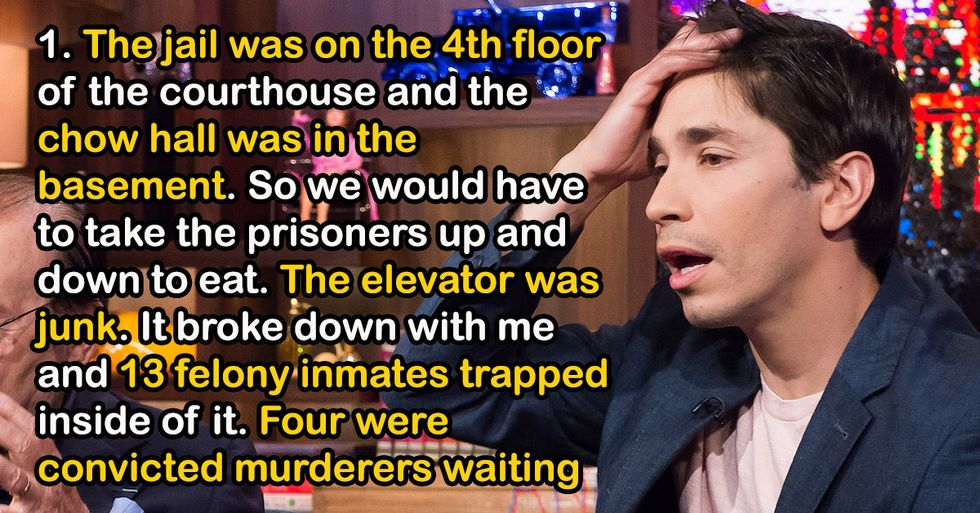 Stuck In An Elevator

What Could Have Happened

Pregnancy And The Pencil

Flashlight And The Aryan Brotherhood

[rebelmouse-image 18358917 is_animated_gif=
From Your Site Articles