People Explain Which 'Normal' Things They Absolutely Refuse To Do

Police Officers Divulge How They Feel About The Massacre In Uvalde, TX 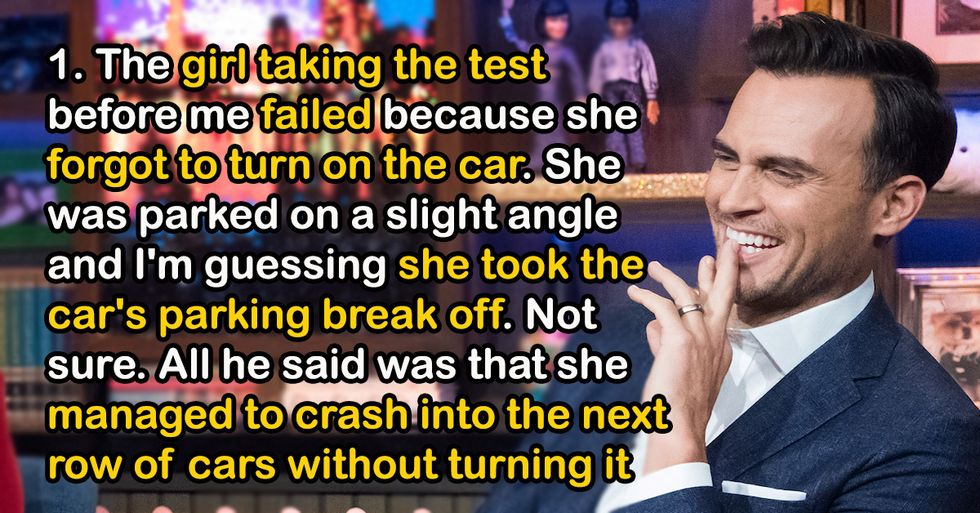 In this world, there are many things that don't have a rational explanation. Why is it we don't have any of the original footage from the moon landing? What happened to Amelia Earhart? How many of the things we believe to be true are really cover-ups?

Not having the answers to questions like these lead to conspiracy theories. I have always believed that the Bermuda Triangle sucks objects into other dimensions. Why else would there be so many disappearances in that area?

Some conspiracy theories are really crazy, but others are pretty plausible.

"What conspiracy theory do you genuinely believe?"

As the years go by, it's harder to imagine what life was like before the invention of the things we take for granted today. Things like cell phones that boast professional camera functions, ordering food online, and of course, social media.

Ask any 18-year-old what the world was like before social media came along, and they won't be able to answer. I barely remember that world!

Some people are worried about the way social media has overtaken the lives of children and wonder if we should place age restrictions on social media. Currently, most social media sites stipulate that users must be at least 13 years of age to register for an account.

People Divulge The Most Embarrassing Thing They've Ever Witnessed

Embarrassing moments can come out of nowhere, but how you handle yourself in the aftermath is what matters. Laugh it off, shake it off, go with the chuckles, and let the people know you can't be hurt by it.

Well, unless you're any of the people in the stories below. Then I'd consider getting a new address and name.

Not everyone is capable of mastering the art of conversation.

It takes skill to perpetuate a lively discussion while also being a respectful listener.

Some people are naturals at this.

Others, however, make up for their self-aware verbal shortcomings by overcompensating. Unfortunately, the ruse ends up exposing their insecurity, much to the delight of their amused audience.