People Who've Gotten Divorced After Decades Together Explain What Happened 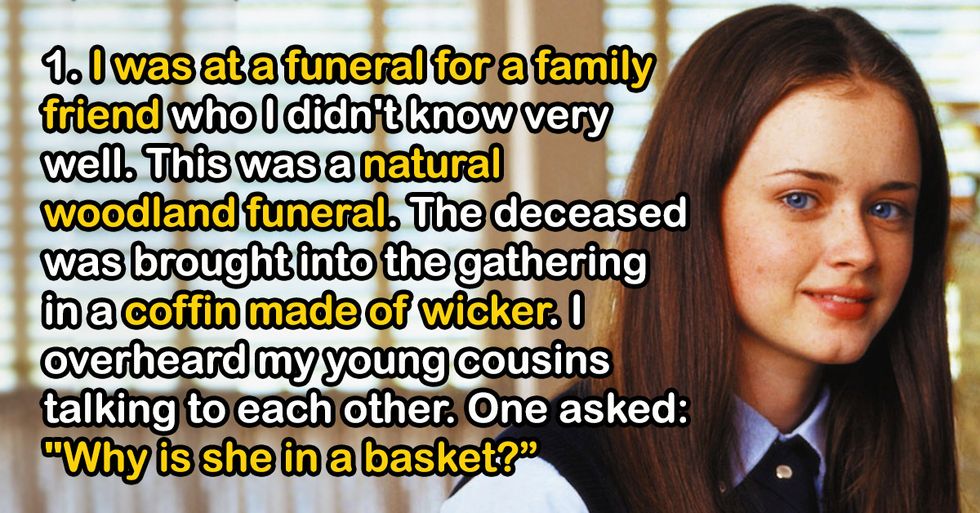 Almost Died In A Fire? Hilarious!

[rebelmouse-image 18355465 is_animated_gif=
From Your Site Articles

People Explain Which Things They Can Never Say No To

There are some things I just won't say no to. Food, for one. I just love to eat. Bonus points if we're going to go somewhere. Eating can be a very intimate and communal experience.

It's the best, okay? Chinese? Indian? Want a burger? Why don't we hit up a pub somewhere and sit down for a pint and see where our stomachs lead us?

Yeah, my wallet doesn't always like it, but you know what, food is what makes life worth living.

There are plenty of other things out there that people are equally as passionate about. We heard all about them after Redditor fistbump101 asked the online community,

"What is something you can never say NO to?"

People Debate The Most Likely Causes Of Human Extinction

Nothing is forever. It's a grim reality but no matter how hard we try and ignore it, our inevitable demise looms ahead on the horizon.

And while we individually have our unknown expiration dates, the fate of the human race is an unfathomable mystery that will continue to elude us.

Hopefully, the fateful event is thousands of years beyond our lifetime.

People Explain Which Things They Cannot Fall Asleep Without

John Curtis
Photo by Isabella and Zsa Fischer on Unsplash

There is little more important than a good night's sleep.

But getting a good night's sleep isn't always easy to come by.

As a result, many people have an important ritual or method which helps them fall asleep easily and wake up feeling rejuvenated.

So much so, that if they attempt to sleep without this method or helping hand, they might find themselves staying awake all night.

It's very easy to jump to conclusions about a small sniffle... or noticing what looks like the beginning of a rash.

Most of the time, It's easy enough to rub it off as just a cold, or an allergic reaction which might clear up with some lotion, and thus don't feel the need to alert their doctor about it.

Though others might worry that it could be the beginning of something more serious.

But even with that looming possibility, they still avoid seeing a doctor, perhaps afraid to learn that their fears turned out to be true.