People Share Their 'Left At The Altar' Wedding Stories 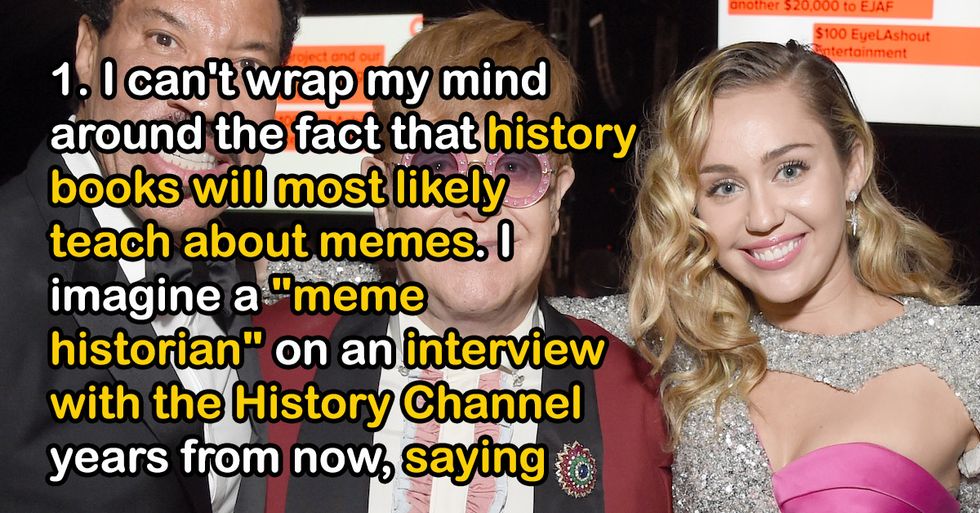 FROM WALKMANS TO SPOTIFY TO GOD ONLY KNOWS WHAT?!

THE GRAB LOVE WHERE YOU CAN GET IT DECADE!

BIG BROTHER'S REACH GOT US!

NO BOTS ABOUT IT.

THE TIME OF AN "EVEN" PLAYING FIELD?

THINGS ALWAYS LOOK BETTER WHEN YOU REFLECT ON WHERE YOU'VE COME FROM.

THESE ARE THE 'MEMES' OF OUR LIVES.

WHAT INTIMACY WE HAD.

THERE'S NO ACCOUNTING FOR TASTE.

HOLLYWOOD WILL REMIND US.

COULD YOU BE A LITTLE LOUDER?!

SOME THINGS ARE BETTER FORGOTTEN.

Everyone has friends who you become less and less close to with each passing year.

This isn't always by choice, though, but simply by circumstance, when your lives both take different directions.

In some cases, however, we do find ourselves making a very conscious decision to stop spending time with certain friends.

Owing to the fact that these people might not be our friends after all.

In certain cases, the communication ends as the result of one specific moment.

People Break Down The Greatest TV Theme Songs Of All-Time

John Curtis
Photo by Will Francis on Unsplash

We all have songs that we can't get out of our heads, resulting in our randomly humming them while walking down the street.

Among the most infectious songs are theme songs to TV shows.

Be it from tuning in every week to catch up with Friends who will always" be there for [us]", or being "stuck in the middle" of a Grace And Frankie binge, we often find ourselves humming the theme songs of our favorite shows more often than we find ourselves quoting the best lines.

Even if it means humming an infectious melody to a wordless piece of music (Will & Grace or Seinfeld anyone?)

Who hasn't had a moment when they learned what they thought was a revelatory piece of information, ran to share it with their friends, and were then greeted by a barrage of stone faces?

Owing to the fact that what we only just learned a few minutes ago, was apparently common knowledge.

These include your favorite movie star was in fact the offspring of another movie star, what gelatin is actually made of, or little tricks and strategies which make certain experiences so much more pleasurable.

For no particular reason, some people learn these things far later than just about everyone else.

I'm a simple person when it comes to video games.

I prefer to go with nostalgia.

All of these fancy deals put me on sensory overload.

But my goodness the technology really has come a long way.

And there are actual storylines and drama.

Good for y'all gamers.