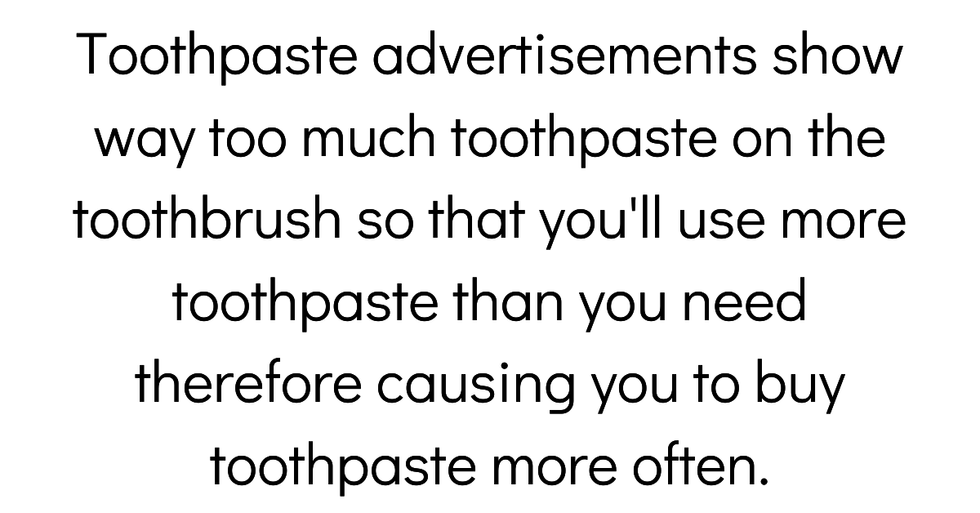 People Explain Which Conspiracy Theories They Believe Are 100% True

Every single group has the friend: wildly adept at the far reaches of the internet, clearly doesn't consider that texted links are time stamped so we know they were freaking out at 3:37am, and refuses to trust photographs.

But the wild, outlier, believe-every-conspiracy types are not the focus here. There are plenty of people that, for some reason they can't quite put their finger on, believe one very specific conspiracy theory.

And it's often the bizarre, almost trivial ones that take hold in these cases. A Reddit thread dedicated to plumbing the depths of those flashes of paranoia did not disappoint.

u/ComprehensiveMenu1 asked, "What conspiracy theory do you believe is true?"

Every so often, big sock companies make subtle changes to their design, so that when you buy new socks, they'll never match your old ones.

The majority of celebrity Scientologist joined for networking purposes but then found themselves in over their head.

No More Vacations For Me. Ever.

Toothpaste advertisements show way too much toothpaste on the toothbrush so that you'll use more toothpaste than you need therefore causing you to buy toothpaste more often.

Michael Jordan's first "retirement" was an unofficial suspension for betting on basketball.

New Coke was purposely shi**y in order to drive up demand for classic Coke.

Women clothes don't have pockets so that they'll buy a purse.

The queen is only still alive out of spite to outlive her son.

Zero Chill On This One

Flat earth websites were started as a practice arena for online manipulation. If they were able to convince people of such an absurdity, then people could be convinced of anything.

I believe that my husband only drinks Diet Dr Pepper bc he knows I don't like it, therefore won't take a sip of his when he gets one at the gas station.

The US army have a bigger influence on Hollywood action movies than you think in order for people to be influenced at a younger age to join the army.

Why Elders Are Important

FDR killed himself, and this was initially reported by media (including to soldiers abroad via radio). Hours later, story changes to brain hemorrhage and is continued to this day.

Leave it to Conspiracy Theorists to Get Extremely Meta About Everything

Jar Jar Binks was intended to be a Sith lord. However he was so hated from episode 1, George Lucas scrapped the idea.

Britney Spears is bring held captive by her dad's legal hold on her mental stability.