People Around The World Share The Wackiest Thing They Learned This Week. 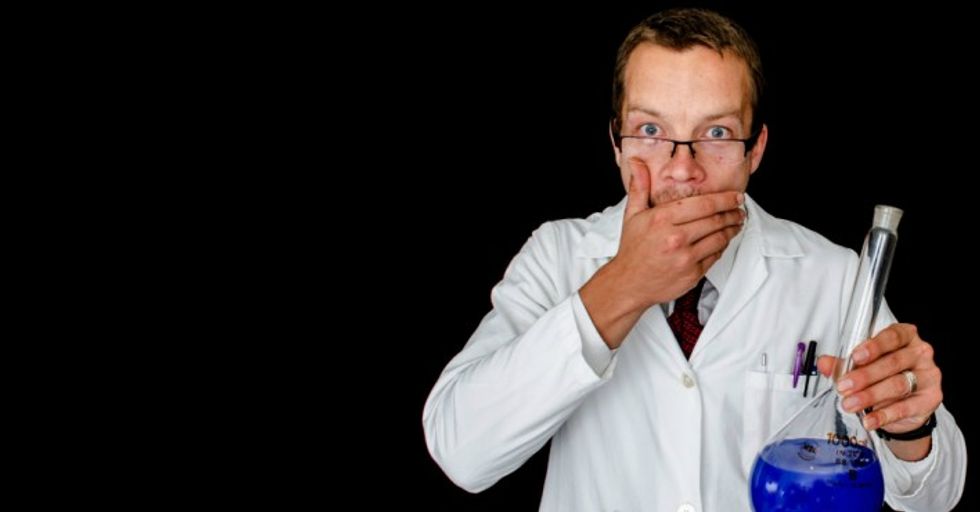 It can be hard to maintain a reverence for a world that seems to be falling apart left right and centre. But, somehow, in light of all the recent bad news, people have found a way to stay curious, stay excited, and share their wacky finds. Enjoy these bizarre and fascinating stories, and remember to stay weird!

1. This week I learned that in 2014 people created fake 90$ Play Station 4 listings on Amazon and showed them to Walmart, thus getting a 90$ PS4 because of Walmart's price matching.

2. This week I learned that Simpsons Director David Mirkin tried to leak fake endings for the Two Part Episode Who killed Mr. Burns, but to his surprise all news outlets rejected him, stating it would be immoral to air spoilers.

3. Paris, France, was the first western capital to have a black mayor in 1879.

4. I learned that New York police officers used to carry an 11 inch club during the day, and a 26 inch club at night, when things were more dangerous. This is the origin of the term nightstick.

5. I learned this week that anyone from Canada can order a portrait of The Queen and have it shipped to them for free. Canadians, get on that!

6. This week I learned of the Ting Hai effect, a stock market phenomenon in which there is a sudden and unexplained drop in the stock market whenever a film or a television series starring Hong Kong actor Adam Cheng is released.

7. The Empire State Building generates more revenue from the observation deck than all the commercial tenants in the remaining 101 floors combined.

8. Dogs can smell their owners from 11 miles away.

10. This week I learned that in the book of "The princess bride" there's a missing chapter called "the reconciliation" William Goldman (the author) wrote that if you wanted to read it you had to (Continued)

that if you wanted to read it you had send a letter to the publisher house, and they would mailed it to you.

11. The Union Jack is not symmetrical, to guarantee you can't hang it upside down.

12. Carrots are used in carrot cake because during the medieval period, sweeteners were scarce and expensive, and carrots contain more sugar than any other vegetable besides the sugar beet.

13. This week I learned that George Washington feared the growing influence of political parties in the US. He thought that it would lead to "the alternate domination" of each party, taking revenge on each other in the form of reactionary political policies, and that it would eventually cause the North and South to split.

14. Arizona iced tea hasn't changed its 99 retail price since 1992. I guess it probably helps that they print it on all their labels.

15. In 2001 a shark bit off a boy's arm in Florida. His uncle rescued him before wrestling the 200-pound shark to shore. The arm was retrieved from inside the shark and after an 11-hour operation was reattached.

16. In 1949 BB King re-entered a burning music hall to save his favorite $30 Gibson guitar. King later learned the fire was started when two men knocked over a burning barrel of kerosene while fighting over a woman named Lucille. King has named every guitar he's owned Lucille as a reminder.

17. Due to updates in technology, Stephen Hawking could have a more "modernized" voice, however he chooses to keep the robotic voice because (Continued)

he chooses to keep the robotic voice because he says it is the voice he has come to identify with.

18. This week I learned that if you don't identify as an "extrovert" or "introvert," you might be an "ambivert." An ambivert is moderately comfortable with groups and social interaction, but also relishes time alone, away from a crowd.

20. James Cameron got the go-ahead to make 'Aliens' by writing the word 'Alien' on a board, then adding an 's' and turning it into a dollar sign.

21. Queen Mary of England was gifted a 1:12 scale doll house in 1924. It had working lights, books that were specially written by writers for the library, bottles filled with the appropriate drinks in the wine cellar, and model cars made by Rolls Royce. Even the toilets had working plumbing.

22. In 1975 a man died of laughter while watching his favourite TV show. His widow later sent The programme a letter thanking them for making his final moments of life so pleasant.

23. When it was invented, the sewing machine was controversial because it was feared to be too sexually stimulating to (Continued)

Continue reading wacky facts on the next page!

it was feared to be too sexually stimulating to women.

24. MIT-educated biologist, Katharine McCormick, inherited a substantial family fortune and funded the development of the first birth control pill in the 1950s.

25. The Sun is so loud that if space was filled with air it would be 125db on Earth, from 92 Million miles away, about the same as a loud rock concert.

26. This week I learned that an inventor trying to make a sock to prevent trench foot first produced modern water balloons. Having made a latex-coated sock and filling it with water to test for leaks, he found a rip and angrily threw it on his table. Pleased with the splash, he decided to market water balloons for children.

27. When F. Scott Fitzgerald died, he thought he was a failure, and his work forever forgotten. His novel, The Great Gatsby, was reviewed poorly and had only sold 20,000 copies. It's now considered the greatest novel in American history, and sells over 500,000 copies per year.

28. In 1975 Icelandic women "essentially shut down the country for a day" by starting a Women's Strike that led to Icelands parliament actually (Continued)

29. Ohio State University is built on a century old system of tunnels hidden from the public. With the right knowledge, one can walk to every building on campus underground.

30. After Elvis performed Simon & Garfunkel's "Bridge Over Troubled Water", Paul Simon, who attended the show, said "That's it, we might as well all give up now."

31. Ethiopia is home to the oldest most complete Christian bible.

32. USA is the ONLY developed country that provide no type of financial assistance to new parents.

33. Fidel Castro loved dairy products so much, he had an enormous ice cream parlour that seats 1,000 people built in 1966 to share his love with the people of Cuba. It still exists and became a state run ice cream chain. Yum!

34. This week I learned that Louis CK's first language was Spanish - he grew up in Mexico and still carries a Mexican passport along with his American one.

34. This week I learned that an 'extinct' tree frog has been rediscovered in India after 137 years. Unusually, the frogs (Continued)

Unusually, the frogs feed mostly on vegetation, rather than insects or larvae. Neat!

35. There are 820 readable pieces of literature in Skyrim, including letters, journals, spell tomes, books that offer skill points, 5 books that add quests, and 307 books that serve no other purpose than lore.

36. There is a long-term care facility in the Netherlands that allows college students to stay for free in exchange for 30 hours of volunteer per month. When students come home from a class, concert, or party, they share those experiences with their elderly neighbors, some of whom are over 90.

37. There was once a 50 man pub brawl in a British pub over who would get the last bag of dry roasted peanuts.

38. This week I learned that "TV Pickup" is a phenomenon wherein people in Britain all simultaneously turn on their electric kettles during commercial TV breaks causing massive power surges countrywide.

40. Apart from humans, dogs are the only other known species that can understand finger pointing. Not even chimpanzees could manage it in one study.

41. A 45 year old Bosnian man named Amir Vehabovic faked his death back in 2007 because he wanted to see who would attend his funeral. Only his mother attended. After this debacle, he wrote dozens of angry letters to his so-called friends and what he thought of their friendship going forward.

42. The toothpick is known to predate the arrival of early modern humans. It is the oldest instrument for dental cleaning. The skulls of Neanderthals, as well as Homo sapiens, have shown clear signs of having teeth that were picked with a tool.