People Break Down Which Professions Hollywood Gets Completely Wrong 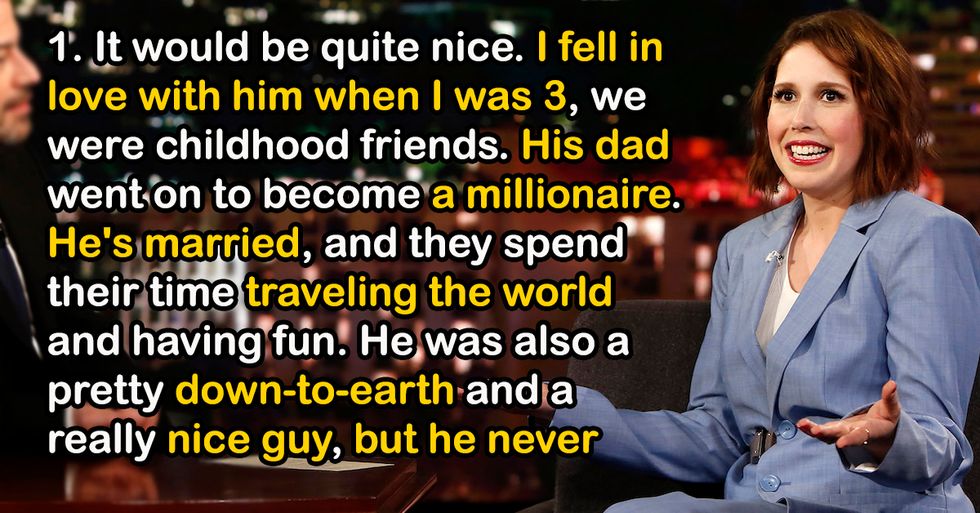 Didn't Know Her At All

Traveling And Having Fun

"He Was Sweet When We Were Five"

Those who commute to work are always looking for ways to pass the time.

Many take it as an opportunity to catch up on their reading, or in this modern age, binge their favorite show on their laptop, tablet or phone.

Others, however, might make the time it takes them to get to and from work a little more practical, and either hone or learn a skill.

And while one can't master anything too complicated or difficult on the train or bus, there are some skills which can be practiced virtually any time, anywhere.

Redditor This_IsATroll was curious to hear from the Reddit community the ideal skills to fine tune on the way to work, leading them to ask:

"What's a silly little skill one can practice during the daily train commute?"

And as soon as you finish sweeping, there is more to sweep.

Tell me your secrets.

Redditorgossipchickenwanted to hear about all the best ways make things spic and span. They asked:

"Janitors/maids of Reddit. What are some neat cleaning tricks we can use?"

One of the worst places ever.

I have never understood people's fascination with camping.

Give me a TV, a bed, and air conditioning any day.

Camping only leads to trouble.

RedditorDolphins_With_D*ldoswanted to hear from everyone who has been left shook by spending time in the great outdoors. They asked:

It can be so "frustrating" when people mispronounce words.

Particularly for grammarians, who might as well be hearing nails on a chalkboard when they hear "sherbert" or "libary".

Some words are even mispronounced so frequently, that the majority of people might not even realize they're saying the word incorrectly.

Making things all the more unbearable for sticklers for grammar.

Redditor BubbaClegane was curious to hear which common or not-so-common mispronunciations make the Reddit community want to pull their hair out, leading them to ask:

"What mispronunciation makes you excessively angry?'