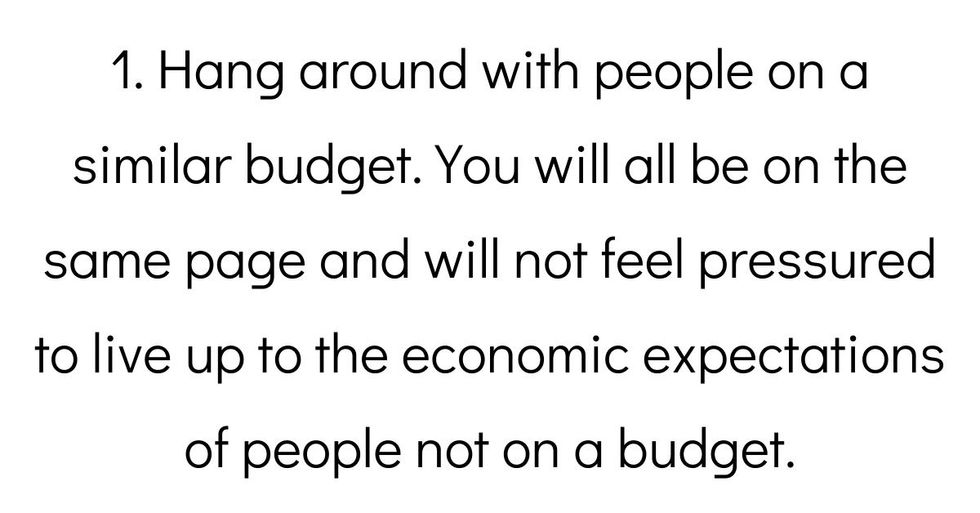 Jobs are lost, career's are restarted, and possessions are taken by the very banks that crashed.

But they aren't unheard of. They happen on a relatively regular basis, every 10-20 years or so. It's not paranoid to be ready for something of such a pattern.

Reddit is apparently stocked with people that have gone through at least one recession. They reflected on the things they were glad to have done before disaster struck, and the things that would have really helped them.

u/Dre6485 asked, "People of Reddit that have experienced a recession, what advice do you have for younger workers that haven't experienced one?"

The Market is Mathematical, Friends Less So

My advice is to have a sense of community. Too many people today don't even know their neighbor's name. When times are hard, it takes a village to lean on one another for help and support.

So while it's good to save, plan, and be relatively frugal, it's also important to invest time and energy into having meaningful relationships within your surrounding community.

Pretty Much Covers It

Poor people survive by networks of other poor people.

Irons in the Fire

In tight times resumes simply do not stand out. You need that personal recommendation to get to the interview process in most cases.

Sit Tight and Weather It

Don't be a panicky idiot and withdraw all of your investments when the market crashes. You don't lose anything until you jump ship.

Coaxed to be Broke

Hang around with people on a similar budget. You will all be on the same page and will not feel pressured to live up to the economic expectations of people not on a budget.

Understand the job market. Even if you aren't looking for a job, look at job listings to see what is in demand.

If you need to, develop your skills to match these jobs. I know that's easier said than done, but at least get some skills on the radar.

Consistently live below your means and save/invest the difference.

Create a "cushion" of savings to help you through lean times.

Be willing to do odd jobs (in addition to your main employment) to pay off any debt you may have so as to mitigate periods of financial strain caused by potential unemployment.

Get Out of the Red

Pay off as much debt as you can now, particularly credit cards or anything that's high interest.

Try to avoid car loans etc and save up for one rather than getting into more debt.

Do you really need all those subscriptions? Reduce what's been direct debited every month and try save that.money or use it to pay off your credit card instead.

That's What it's There For

There is no shame in survival. If you need to rely on SNAP benefits for a bit, then do so.

Abandon your self-image if it means food on the table and a roof overhead.

One Trick Ponies Get Whipped

Diversify. Stocks, skills, banks, whatever. Never put your all your eggs in one basket is an expression that hold true in a recession.