People Explain Which Things Some Folks Turn Into Their Whole Personality

People Share The Pettiest Opinion Hill They're Willing To Die On 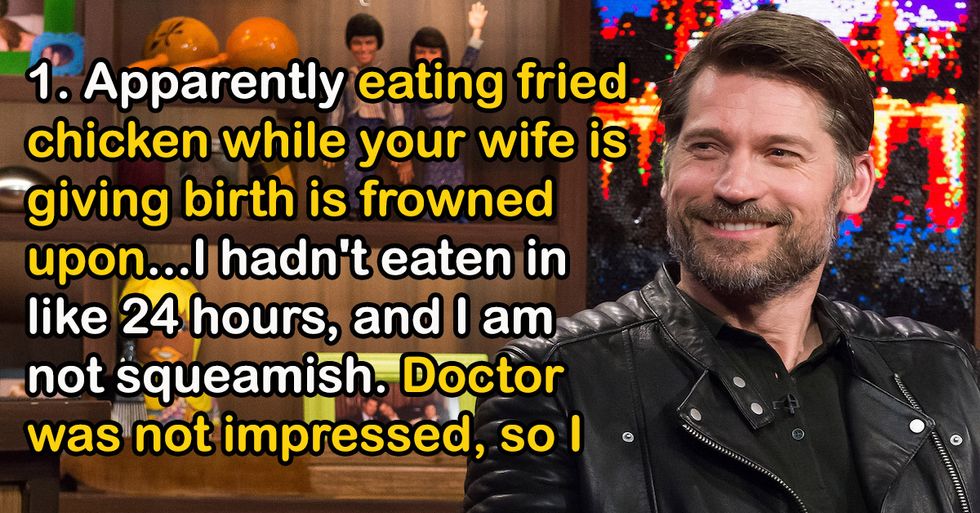 Sometimes the jokes land in the wrong place

How is that even considered a good idea?

It's always your fault

Funny, but maybe a little harsh on her

When you go out on the wrong night

A baby and a pizza

You will never live that down

Was he the pregnant one though?

Not appropriate at all!

Creative, but maybe not the right place and time

Bottom line, be careful what you say

People Confess What Genuinely Disgusts Them

No two people react the same way to a pungent odor, gratuitous violence in film and television, or unruly, off-putting behavior.

Although, everyone has their limits.

And despite what they might say, there are very few people who don't have one thing which even the very thought of will make them gag, just a little bit.

Men Divulge What They Wish Other Guys Would Stop Doing Altogether

It's rare for a day to go by where women don't, quite understandably, complain about the annoying, even misogynistic behavior of men.

Addiction to video games, poor hygiene, too much excitement over a football or basketball game, bad table manners.

But men don't only annoy women with their behavior.

Indeed, plenty of other men get equally annoyed or revolted by certain stereotypically "male" behavior, and wish it would come to an end.

Successful people who come from humble beginnings usually don't forget where they came from.

But some of those who were already born into privilege and wealth may claim to be compassionate towards people who are financially disadvantaged.

But unless they've lived the experience as someone from the lower class or have a deep understanding of what life is like on the other side, the wealthy will never understand what it's like to be poor.

People Explain Which Teen Movies Made Them Think 'The Older I Get, The More I Agree With The Adult'

There's a fairly common formula in movies geared toward a teenage audience.

A group of teenagers face one central conflict, to varying degrees of importance and severity, but manage to solve it in a surprisingly short manner of time.

The heroes of these films are usually a hodgepodge of traditional high school archetypes (star athlete, math nerd, girl whose beauty is disguised by a pair of glasses), all of whom the intended audience can completely relate to and root for.

And then we have the adult characters, who are often buffoonish stereotypes, or the outright villain, whose sole mission is to ensure the protagonist will not achieve their ultimate goal.

As teenagers, we often find ourselves ready to boo these grown-ups from the minute they appear on the screen.

But when we revisit these movies as adults, we find ourselves noticing that their behavior isn't quite as bad as we remembered.

Or, more shockingly, we actually find ourselves rooting for them!